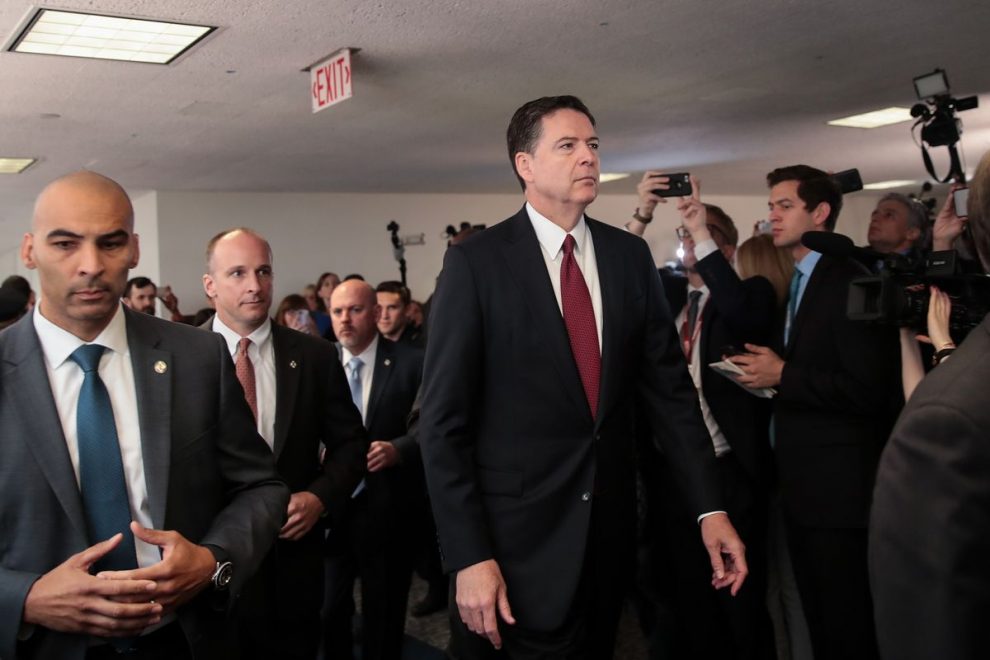 Former FBI general counsel James Baker said this week that he and other officials were “quite worried” that former FBI Director James Comey appeared to be blackmailing then President-elect Trump during a 2017 meeting regarding salacious allegations found in the Steele dossier.

On the latest episode of the Yahoo News podcast “Skullduggery” broadcast on Tuesday, Baker said he and others were so concerned about Comey briefing Trump on January 6, 2017 on Russia’s interference in the election as well as the controversial dossier that “analogies” were made to J. Edgar Hoover, the former FBI director who famously abused his power to blackmail individuals.

“We were quite worried about the Hoover analogies, and we were determined not to have such a disaster happen on our watch,” Baker said, hoping to convey to the incoming president that they did not want to continue the “legacy” of Hoover’s blackmailing.

Baker did not recall the moment he first heard about the Steele dossier but remembered the bureau taking it “seriously” and said that they were “obligated to deal with it” and determine whether or not anything about it was true, but insisted they didn’t accept it “as gospel.” He did, however, believe Trump had to be briefed on the dossier because it was “about to be disclosed to the press.”

The former top FBI lawyer explained why he clashed with Comey over whether to tell Trump that he wasn’t the subject of the Russia investigation. According to Baker, he argued that the then President-elect’s activities “fell into the category” of being a subject and he didn’t think it was “accurate” to say otherwise. By contrast, Comey repeatedly told Trump that the president was not under investigation before his dismissal in May 2017.

Nonetheless, Baker said he supported any investigation that is looking into the origins of the Russia probe.

“I welcome scrutiny,” Baker said. “I plan to fully cooperate with the department to help them figure out what happened. Because I believe what happened was lawful, at least based on every piece of information that I have.”