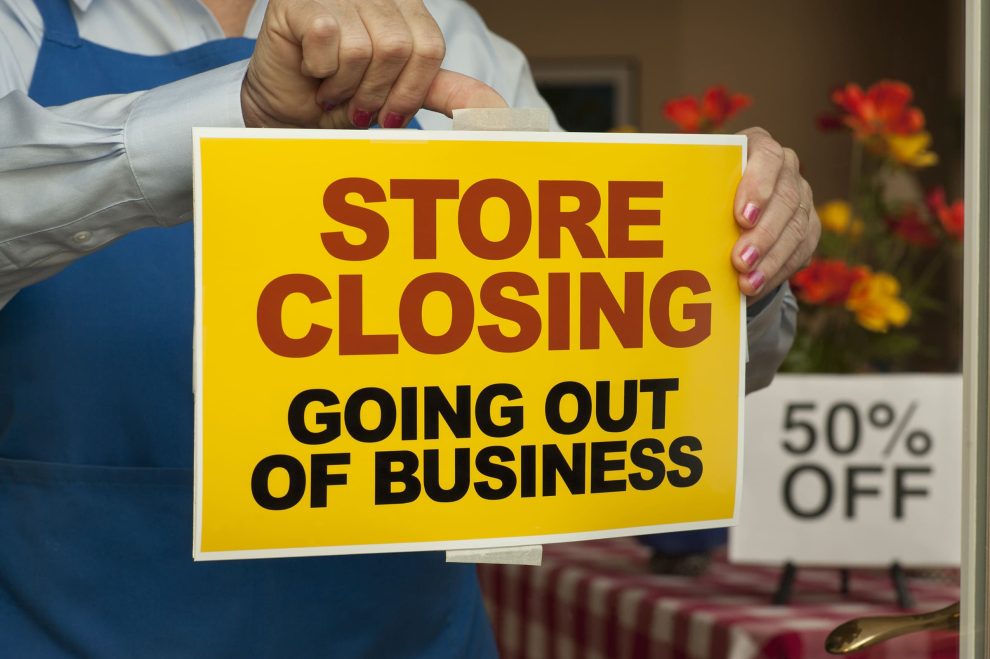 Small American businesses, crippled by rampant inflation, higher gas prices, soaring supply chain costs, and a concomitant plunge in consumer spending, are growing in their inability to pay their rent, according to a recent survey.

Alignable’s October Rent Report shows that in October, 37% of small business owners surveyed stated they were unable to pay their rent. The rate of delinquency was 30% in September. The 7% increase represented the biggest, fastest increase month to month in 2022.

A total of 59% of small business owners told Alignable that consumer spending at their businesses plunged in October.

Small businesses in the education sector saw their delinquency rate soar to an astonishing 57%.

The automotive and restaurant sectors reached new delinquency highs at 49%, the highest of the entire year. The automotive shops said supply chain issues meant soaring prices for metals and electronics as well as a scarcity of inventory. The restaurant industry’s 49% delinquency rate rose 13% from 36% the previous month.

Northeastern states took a hit; Massachusetts had 51% of small businesses saying they couldn’t make the rent. New Jersey had record-breaking rent delinquency rate of 49%, and New York followed with a 45% delinquency rate.

Meanwhile, according to real estate tracker Zumper, cities all over the country have seen rent increases skyrocket in the past year, led by New York City, where a one-bedroom apartments had a $3,860 median rent. Six of the nine cities following New York City in the top ten hailed from California.

Yet President Biden insisted last week that he was doing a good job on inflation despite the fact that the U.S. Bureau of Labor Statistics’ Consumer Price Index (CPI) was less than a percentage point below the record highs from earlier in the year.

“You’ve referred to the midterm election as a choice rather than a referendum. Given record inflation, why should voters choose Democrats,” a reporter asked Biden in Syracuse, New York.

“Because it’s not record inflation anymore. I’m bringing it down. Look what we inherited,” Biden claimed.