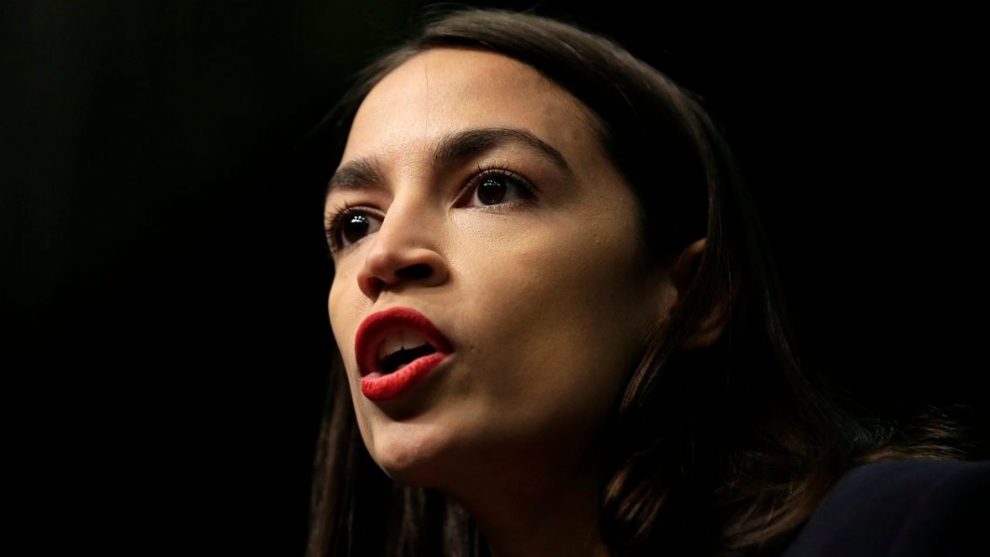 U.S. Rep. Alexandria Ocasio-Cortez, D-N.Y., called President Trump’s recent barb about her being a “young bartender” a compliment and lashed out at Amazon while speaking with constituents Saturday.

“There’s nothing wrong with being a bartender,” Ocasio-Cortez said at a joint event in the New York City borough of Queens alongside New York state Sen. Michael Gianaris. “It’s so crazy to at once mock someone for being from a working-class background, for being a bartender, for shaming me for where I was born and where I’m from and on the other hand, when I lean into my identity and who I am and all of that, people are saying that’s not true either.”

The freshman congresswoman said her work as a bartender gave her first-hand experience with health care issues, the New York Daily News reported. She said that unlike Trump, she bought into health care public exchanges.

He’s never had to actually see the rising premiums month to month, and you have a $6,000 deductible for a $2,000 health insurance plan,” she said, according to the paper.

Ocasio-Cortez also responded to New York Gov. Andrew Cuomo, who has blamed her and other Amazon critics for the company’s decision to scrap a proposal to open a second headquarters in the Long Island City neighborhood of Queens, according to the New York Post. Amazon promised the facility would bring 25,000 jobs to the city.

The retail giant pulled out of the deal in February after backlash from some progressives over the $3 billion in tax breaks and subsidies the city was prepared to offer the company.

“[A] small group [of] politicians put their own narrow political interests above their community — which poll after poll showed overwhelmingly supported bringing Amazon to Long Island City,” Cuomo said in a statement at the time.

“I felt like people should have gotten the jobs,” Susie Scaretta-Enright of Woodside told the New York Post. “There are people that are struggling.”

“I felt like people should have gotten the jobs. There are people that are struggling.”

The governor recently said the fallout has wrecked the city’s ability to attract new businesses.

“What’s wild to see is how when the community tried to sit down at the table and negotiate … any small demand was immediately met with a ‘no’,” Ocasio-Cortez said. “So it’s not about being blanket ‘pro’ or ‘anti’ Amazon, it’s the fact that … we can’t just be allowed to govern by bullying.”

“People are unhappy, and they should be unhappy with those who were in secret rooms making the deal — not anyone else asking questions and trying to protect the community,” Gianaris added.