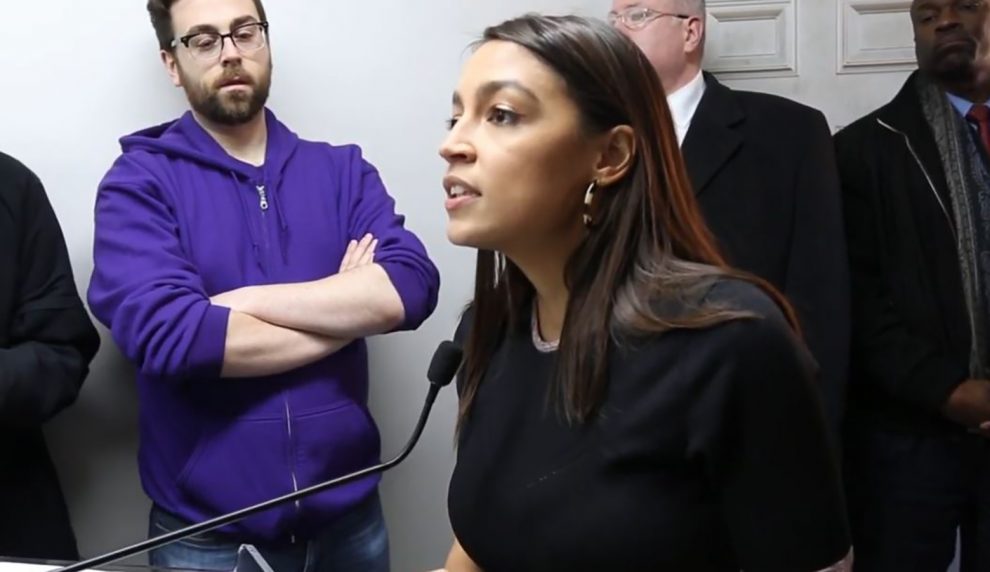 Rep. Alexandria Ocasio-Cortez (D-NY) on Wednesday decried President Donald Trump’s appointment of Vice President Mike Pence to lead the administration’s effort to combat the potential spread of deadly Chinese coronavirus in the United States, claiming he is unqualified for the role.

“Mike Pence literally does not believe in science. It is utterly irresponsible to put him in charge of US coronavirus response as the world sits on the cusp of a pandemic,” the New York Democrat wrote on social media. “This decision could cost people their lives. Pence’s past decisions already have.”

As governor, Pence’s science denial contributed to one of the worst HIV outbreaks in Indiana’s history.

He is not a medical doctor. He is not a health expert. He is not qualified nor positioned in any way to protect our public health.
https://t.co/1jVY44p2HF

Ocasio-Cortez then shared an article in which Pence is accused of enabling an HIV outbreak in Indiana under his governorship, writing:  “As governor, Pence’s science denial contributed to one of the worst HIV outbreaks in Indiana’s history.”

“As governor, Pence’s science denial contributed to one of the worst HIV outbreaks in Indiana’s history,” she added. “He is not a medical doctor. He is not a health expert. He is not qualified nor positioned in any way to protect our public health.”

President Trump announced hours before Ocasio-Cortez’s comments that Pence will lead the U.S.’s response to the virus. During the press briefing, the president said the illness’s spread is not inevitable and that citizens that have been diagnosed with it are doing “very well.”

“Of the 15 people… eight of them have returned to their homes, to stay at their homes until they’re fully recovered. One is in the hospital, five have fully recovered and one we think is in pretty good shape,” he said. “In almost all cases, they’re getting better.”

President Trump also confirmed the U.S. has ordered additional masks to fight the spread of the disease and warned businesses against price gauging on protective products. He then expressed optimism about a bipartisan congressional effort to secure funding to fight the illness after requesting $2.5 billion on Monday.

“We started out by looking at certain things, we’ve been working with the Hill very, very carefully, very strongly and I think that we have very good bipartisan spirt for money,” he stated. “We were asking for $2.5 billion and we think that is a lot. But the Democrats — and I guess Senator Schumer — want us to have more than that.”

To date, the U.S. has nearly 60 confirmed cases, which includes the 42 Americans repatriated from the Diamond Princess cruise ship in Japan earlier this month.