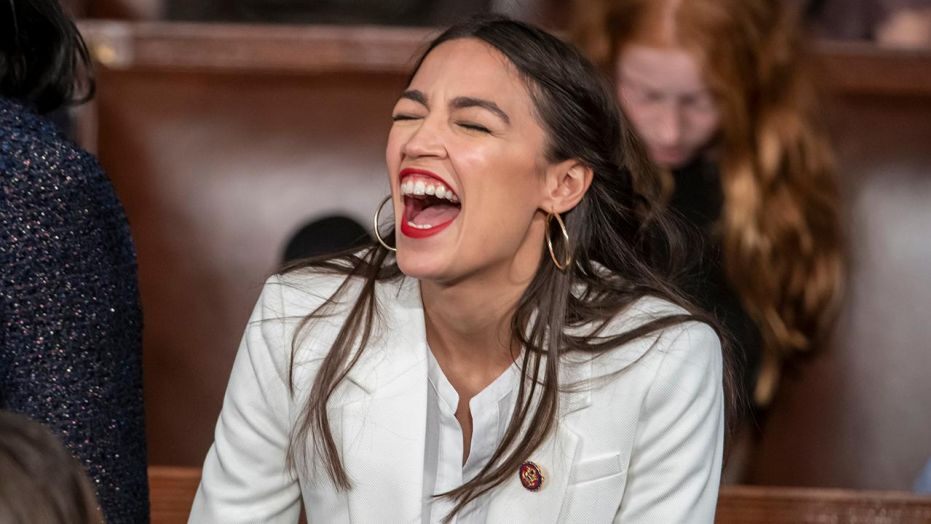 Rep. Alexandria Ocasio-Cortez (D-N.Y.) on Thursday morning accused a Republican colleague of perpetuating a “culture” of sexism on Capitol Hill, using an unusual speech on the House floor to denounce Rep. Ted Yoho (R-Fla.) following their tense encounter at the Capitol three days before.

“This issue is not about one incident. It is cultural,” she said. “It is a culture of … impunity; of accepting of violence and violent language against women; and an entire structure of power that supports that.”

Rep. Ocasio-Cortez on Rep. Yoho, who reportedly used derogatory language toward her on Capitol steps: "Having a daughter does not make a man decent. Having a wife does not make a decent man. Treating people with dignity and respect makes a decent man." https://t.co/BsAQx0wrIL pic.twitter.com/9N64b4guHk

Ocasio-Cortez, a liberal firebrand and social media sensation, has been railing against Yoho over the last 48 hours, using Twitter to condemn his conduct during their tense confrontation over anti-crime policies Monday.

She said that she was prepared to let the episode go, before Yoho took to the floor Wednesday morning to offer an apology — a speech that Democrats widely panned as insincere.

“And that I could not let go,” she said.

House Democratic leaders took the rare step of allowing Ocasio-Cortez a full hour to make her case on the chamber floor. She used about 10 minutes of that window, before ceding the podium to a number of other Democrats, who urged Yoho to offer “a real apology,” in the words of Rep. Judy Chu (D-Calif.).

“It’s not expected that everyone in this chamber agrees with each other,” Chu said. “It is expected, however, that we treat each other with dignity and respect.”

Yoho’s office did not immediately respond to a request for comment.

One by one, Democrats male and female took to the floor to warn against both the acceptance of sexism at the highest levels of power, and an erosion of civility across Congress and the nation at large.

“We are not on the House floor today because of just one callous incident,” said Rep. Ayanna Pressley (D-Mass.). “Unfortunately, what brings us to this moment are the structural and cultural conditions and, yes, the very men that have normalized the marginalization of women — and specifically women of color — since this nation’s very inception.”

The remarkable floor speeches came three days after Yoho and Ocasio-Cortez sparred over criminal justice policies on the Capitol steps, where he had confronted her for suggesting that poverty was a major factor driving a recent crime spike in New York City.

Yoho had called her “disgusting” and “out of [her] freaking mind” for promoting such an idea. She had shot back, calling him “rude.”

After the two went their separate ways, Yoho offered a final comment to the air: “Fucking bitch.”

Ocasio-Cortez repeated those words near the beginning of her speech on the House floor on Thursday — a particularly striking moment in a chamber that has yanked comments much tamer than that from the Congressional record.

In his own floor speech Wednesday, Yoho had apologized for the “abrupt manner” in which he confronted Ocasio-Cortez.

“It is true that we disagree on policies and visions for America, but that does not mean we should be disrespectful,” he said.

Yet Yoho did not acknowledge uttering the harshest language, referring only to “words attributed to me by the press.” He added that the sexist words were not aimed directly at anybody — “and if they were construed that way, I apologize for their misunderstanding.”

Democrats, rallying behind Ocasio-Cortez, wasted no time denouncing his speech as a “non-apology apology.”

“Telling a woman, ‘I’m sorry you heard it that way’ is a cliche as old as time to belittle and dismiss women after attacking them,” said Rep. Mikie Sherrill (D-N.J.), noting that the current Congress boasts more women than any in history.

“We have got to do better.”

Ocasio-Cortez, 30, is the youngest women ever elected to Congress. She said she sought to organize Thursday’s speeches to show her family that she wasn’t one to take abuse sitting down.

“My father, thankfully, is not alive to see how Mr. Yoho treated his daughter. My mother got to see Mr. Yoho’s disrespect on the floor of this House towards me on television,” she said. “And I am here because I have to show my parents that I am their daughter, and that they did not raise me to accept abuse from men.”

See also  Despite Use Of Term 'Birthing Persons' No Data Forthcoming On How Many Trans Men Give Birth
Story cited here.
→ What are your thoughts? ←
Scroll down to leave a comment: