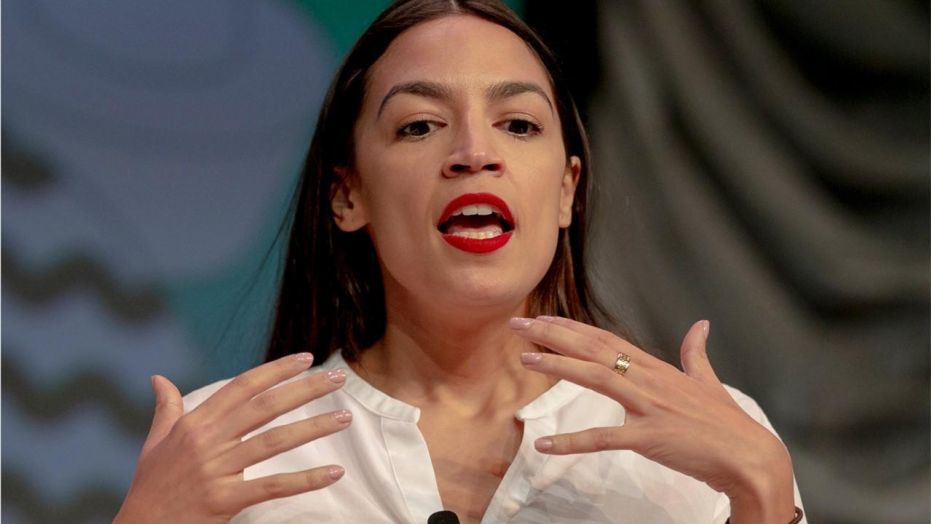 Socialist Rep. Alexandria Ocasio-Cortez (D-NY) continued to go to bat for Rep. Ilhan Omar (D-NY) on Thursday after Omar trivialized the 9/11 terrorist attacks as “some people did something,” claiming that she and Omar were both victims of the political Right.

Ocasio-Cortez, who defended Omar by mocking war hero Rep. Dan Crenshaw (R-TX) on Twitter, also falsely claimed that criticism of her and Omar “is an incitement of violence against progressive women of color.”

“The levels to which Republican and conservative groups, whether they are official party apparatuses, sending out emails, calling me and others domestic terrorists, or whether it’s Ruppert Murdoch and the New York Post printing on the front page to circulate all around New York City an image that is incredibly upsetting and triggering for New Yorkers that were actually there and were actually in the radius that woke up one morning or were in their schools and didn’t know if they were going to see their parents at the end of the day, to elicit such an image for such a transparently and politically motivated attack on Ilhan,” Ocasio-Cortez rambled.

“We are getting to the level where this is an incitement of violence against progressive women of color and if they can’t figure out how to get it back to policy, we need to call it out for what it is because this is not normal,” Ocasio-Cortez concluded. “This is not a normal level of political debate or rhetoric, as wild as it can get sometimes, this is something beyond what is normal.”

AOC on NY Post/Ilhan Omar front page: “We are getting to the level where this is an incitement of violence against progressive women of color and if they can’t figure out how to get it back to policy, we need to call it out for what it is because this is not normal.” pic.twitter.com/Zxad5H4I8n

Ocasio-Cortez was referencing the cover the New York Post published on Thursday that called out Omar for her 9/11 remarks.

The New York Post's cover for Thursday calls out Ilhan Omar for trivializing the 9/11 terrorist attacks as "some people did something" pic.twitter.com/xToghXSGw5

“Far too long we have lived with the discomfort of being a second-class citizen and frankly, I’m tired of it, and every single Muslim in this country should be tired of it,” Omar claimed last month during a speech at an event for the Council on American-Islamic Relations (CAIR). “CAIR was founded after 9/11 because they recognized that some people did something, and that all of us were starting to lose access to our civil liberties.”

The Washington Free Beacon noted that Omar’s claim that CAIR was founded post-9/11 was false. It was founded in 1994.

“How pathetic: A member of Congress can’t acknowledge what happened on one of the most horrific days in US history,” the New York Post Editorial Board wrote. “Some people did something? Wow. What a way to describe the heinous surprise attack on America that claimed 3,000 lives.”

“Yet Omar upped the obscure-the-facts ante Wednesday, declaring criticism of her ‘some people did something’ line to be ‘incitement,’ on the grounds that she has received death threats,” the Post’s Editorial Board concluded. “Huh? She’d rightly be outraged if anyone minimized those threats as merely ‘some words from some people.’ Omar’s cavalier brushing off of the murder of thousands of innocents on 9/11 should shock all Americans, Muslims included.”

The Daily Wire noted on Thursday that Omar has “also advocated for leniency and compassion in the sentencing of men who were convicted of trying to join ISIS and, just last week, Omar called for a senior member of the Muslim Brotherhood to be released from prison in Egypt.”