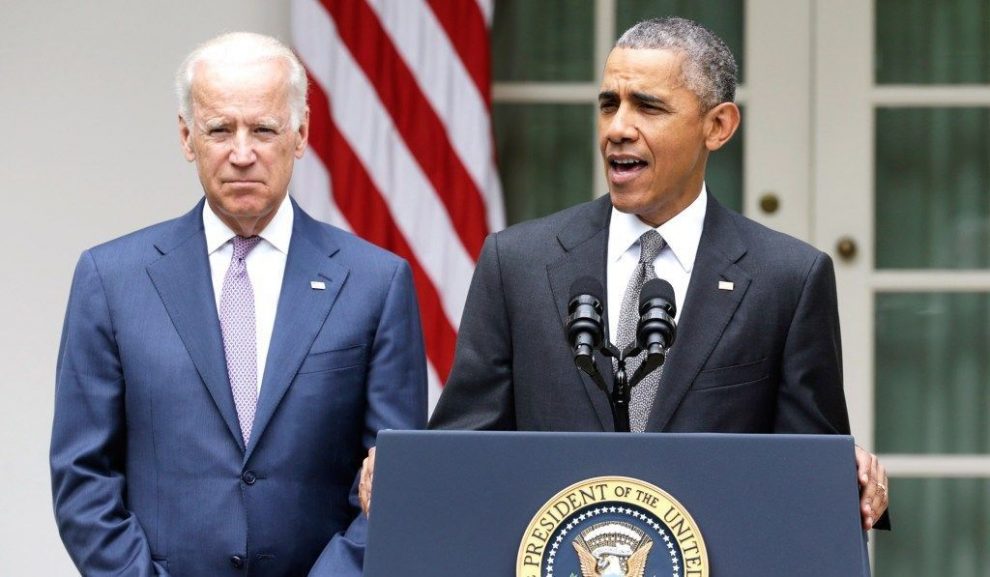 “Sometimes [Obama] offers candid advice about his visitors’ strengths and weaknesses. With several lesser-known candidates, according to people who have talked to him or been briefed on his meetings, he was blunt about the challenges of breaking out of a large field. His advice is not always heeded. He told Patrick earlier this year that it was likely “too late” for him to secure “money and talent” if he jumped in the race. Occasionally, he can be cutting. With one candidate, he pointed out that during his own 2008 campaign, he had an intimate bond with the electorate, especially in Iowa, that he no longer has. Then he added, “And you know who really doesn’t have it? Joe Biden.”

Obama’s remarks about Biden’s issues in Hawkeye State are reflected in his falling poll numbers. “According to the latest CBS News Battleground Tracker poll, Biden is down eight points in Iowa from June to November to leave him tied with Senator Bernie Sanders at 22% as the top choice among registered Iowa Democrats. They were just ahead of South Bend Mayor Pete Buttigieg (21%) and Senator Elizabeth Warren (18%). Other recent polls have shown Biden polling as low as fourth within that top tier, CBS News said.

Obama’s brutal assessment of Biden’s performance on the trail, which has been a constant source of concern for Democratic Party officials and primary voters, is sure to add to the narrative that the former president has little — if any — faith in his former number two’s ability to secure the nomination. Obama infamously did not endorse Biden’s latest White House bid. In a 60 Minutes interview, the former vice president claimed Obama’s silence was at his own request. “I asked him not to,” Biden said. “I think it’s better — I think he thinks it’s better for me.”

While Lizza acknowledges this public statement, he writes that Biden “wanted a nudge” and was “infuriated” by the former president’s reclusive approach to this political cycle.

News of Obama’s criticisms about Biden comes as the former president has become more vocal about the 2020 primary content.

Obama warned Democrats on Thursday against adopting “purity tests” in the presidential primary and said any adversity the candidates face in the contest will make whoever emerges an even stronger nominee.

Until recently, Obama largely refrained from opining publicly on the Democratic contest, and his move from the sidelines comes at a moment of deep uncertainty for the party. Many are jittery about the uneven candidacy of Biden, questioning whether Sens. Bernie Sanders (I-VT) and Elizabeth Warren (D-MA) can defeat President Trump next year, and skeptical of whether Pete Buttigieg, the South Bend, Indiana, mayor who is surging in Iowa, can appeal to black voters that are a crucial Democratic voting bloc.

“We will not win just by increasing the turnout of the people who already agree with us completely on everything,” Obama said. “Which is why I am always suspicious of purity tests during elections. Because, you know what, the country is complicated.”

Obama urged Democrats to “chill out,” saying, “The truth of the matter is that every candidate on that stage believes we should provide” better health care and education and address climate change. 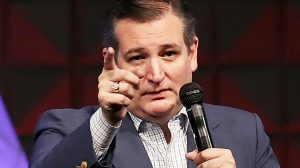 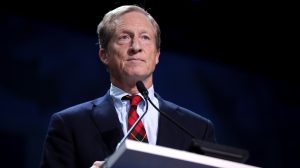 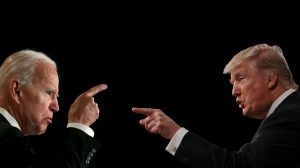