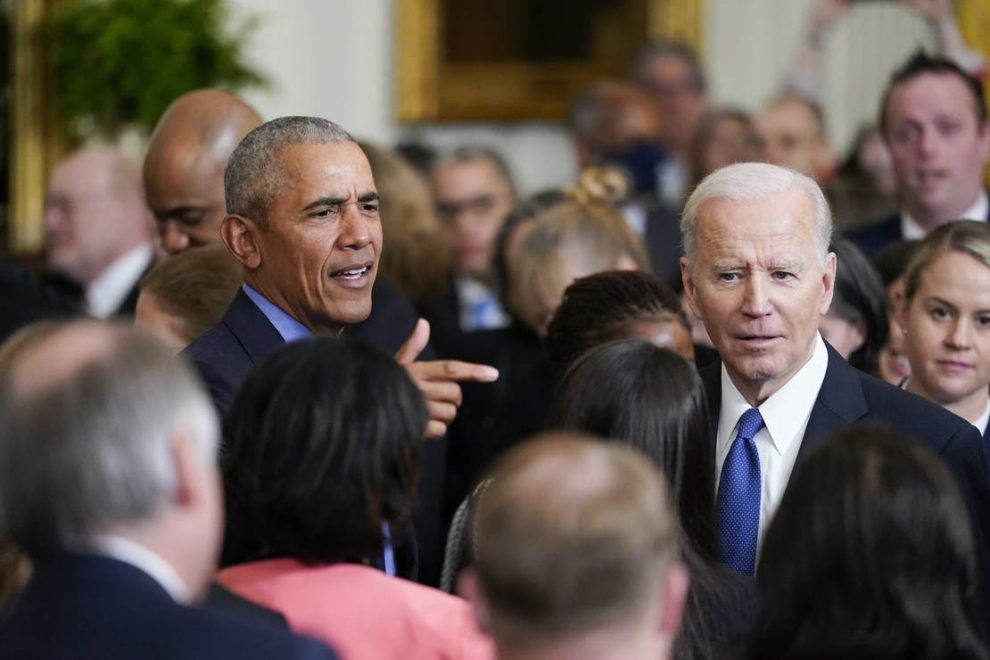 Barack Obama was in Georgia, campaigning on behalf of Sen. Raphael Warnock (D-GA) for the Dec. 6 runoff against Herschel Walker.

Once again, the Democrats were playing the Obama card because of Joe Biden’s supreme unpopularity in the state. They can’t even bring Joe in to campaign; he’d likely sink their chances.

But the thing about Obama is he’s forever the narcissist and divider. He’s supposed to be there on behalf of Warnock. But somehow he managed to say the quiet part out loud about Joe Biden.

OBAMA: "We all know some folks in our lives who — we don’t wish them ill will. They say crazy stuff & we’re all like, ‘Well, you know, Uncle Joe, you know what happened to him.’ They're part of the family but you don't give them serious responsibilities."pic.twitter.com/4cl6Ibmuro

“We all know some folks in our lives who — we don’t wish them ill will. They say crazy stuff and we’re all like, ‘Well, you know, Uncle Joe, you know what happened to him, you know, it’s okay.’ They’re part of the family, but you don’t give ’em serious responsibilities.”

Did he truly just say that? Talk about passive-aggressive.

Now, he could have said, “Uncle Fred” or even “Uncle John” or any one of a dozen names. But he said “Uncle Joe,” painting a vivid and exact picture of Joe Biden — the guy who says “crazy stuff,” “you know what happened to him,” and “you don’t give ’em serious responsibilities.” All said with a little smirk, since he knows that anyone listening will clearly get his meaning.

That was exactly how they treated Joe during Obama’s time. Joe was the guy who was the joke, the guy about whom Obama reportedly said, “Don’t underestimate Joe’s ability to f**k things up.” Even now, Obama is treating Joe like “the also-ran,” the guy he wouldn’t support in the 2016 campaign, throwing his support for the presidency to Hillary Clinton. Yet even knowing all this, knowing all Joe’s deficiencies, this is who the Democrats stuck us with, in order to try to hold onto their power. They did give “Uncle Joe” the “responsibilities,” selling him as an “experienced moderate” instead of the incompetent leftist he truly is.

Now I don’t know, but it does sound like maybe Obama is as tired of all this as we are, when he lets this slip out; though, it’s kind of slimy to publicly denigrate your “family.” One has to wonder what’s going behind the scenes in all the drama, as Biden continues to deteriorate. They must be doing what they can to cover and deal with it.