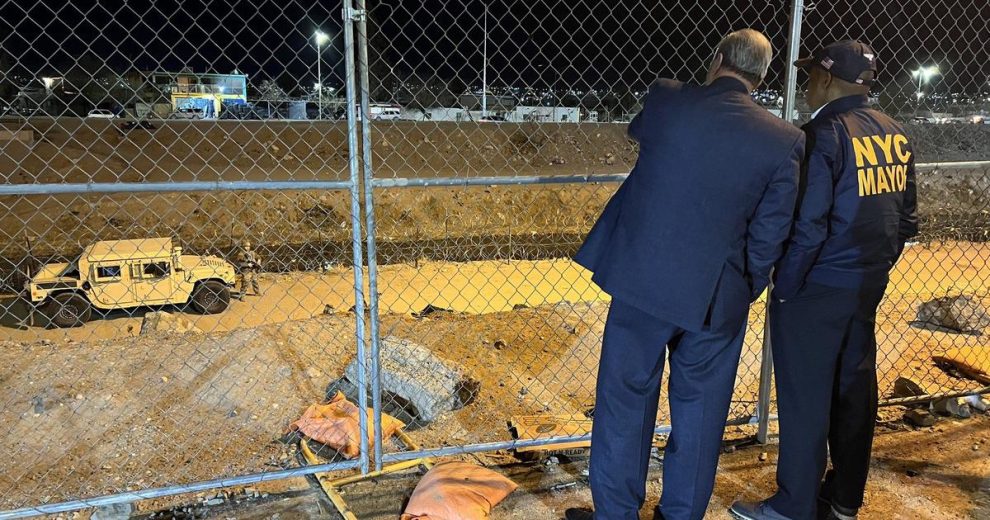 New York City Mayor Eric Adams is getting desperate. His city is being overwhelmed with illegal immigrants who crossed the southern border and were released due to the chaotic and incomprehensible border policies created by Joe Biden.

The illegal aliens are “paroled” to go live with a relative or a sponsor in the north. But they end up in cities like New York, Chicago, and Washington, D.C., living in homeless shelters or in the homes of charitable citizens. Joe Biden forgot to mention that the “fair, orderly, and humane” border policy he promised during the campaign is, in fact, unfair, a disorderly mess, and inhumane to both migrants and Americans.

Adams says that providing services to asylum seekers could cost the city $2 billion.

“Based off our projections, we anticipate being unable to continue sheltering arriving asylum seekers on our own and have submitted an emergency mutual aid request to the State of New York beginning this weekend,” Adams said. “This type of request, reserved only for dire emergencies, asks the state for support to shelter arriving asylum seekers as the city faces an immediate need for additional capacity. Our initial request is for shelter to accommodate 500 asylum seekers, but, as New York City continues to see numbers balloon, this estimate will increase as well.”

Jeff Goldfein, an attorney for the Legal Aid Society, said if the asylum seekers were allowed to work, it would change the dynamic.

That change doesn’t seem likely, but the federal government has approved $800 million in grants to cities that are taking in migrants. So far, NYC has only received about $10 million in federal money.

Adams plans to continue the conversation about the crisis and the help he needs when he gets back from Texas on Sunday.Not everyone was pleased with Adams’s visit to El Paso.

Our response to @nycmayor’s border junket, from Co-Executive Director @JLopez_MRNY:

Indeed, Adams could have sent aides in his place to report back to him. But the “grandstanding” had a distinct and important purpose: to get the attention of Joe Biden, whose recent “drop by” visit to El Paso wasn’t even decent grandstanding.

If Biden is going to open the border for asylum seekers, he’s going to have to get Democrats in Congress to pony up the money for towns and cities to take care of them.

And not just big cities run by Democrats. A small town in upstate New York is also feeling the effects of the border crisis, as Hot Air’s Jazz Shaw reports.

What happens when the influx of illegal migrants strikes an actual town, particularly a small one without all of the resources typically available in the larger cities? Roughly six hours by car from the Big Apple, not far from the Ohio border, the people of Jamestown, New York (population 28,000) are starting to find out. Residents of the very small village recently learned that as many as 35 illegal migrants, almost all of them from Colombia, have settled in their town and many more are expected to arrive soon. (NY Post)

Why Jamestown? Because someone told someone else who told another that Jamestown was the place to go if you wanted to be resettled.

That was all it took, and soon, when asked where they needed to go, more and more Colombian illegals said they needed transportation to Jamestown, New York. Border officials are just relieved to be able to ship the migrants anywhere so they didn’t ask any questions. And now many more are reportedly on the way.

This is the result of incompetent and confused policies where border officials don’t even bother to check aliens’ claims that they have a sponsor or a place or relative that will take them in.

This is only going to get worse.