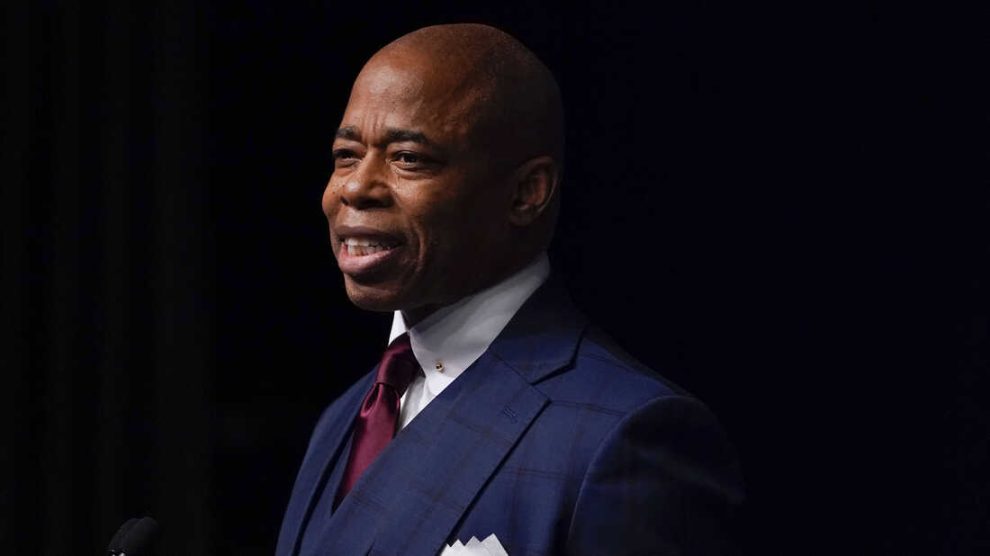 Adams gave a news conference Sunday morning at the Port Authority where he greeted an incoming bus of around 40 migrants — only 14 of whom disembarked in the Big Apple.

“This is horrific when you think about what the governor is doing,” Adams said, noting that many of the arriving families did not realize they were coming to New York City.

His comments follow the first arrival of around 50 migrants at a Port Authority in New York City on Friday. The bus arrived on the orders of Abbott, who has been shipping border-crossers into liberal cities to bring attention to the issue of illegal immigration in his own state.

Adams has accused the governor of using innocent people “as political pawns to manufacture a crisis.”

.@GregAbbott_TX used innocent people as political pawns to manufacture a crisis. New Yorkers are stepping up to fix it — that’s our city’s values.

But we need the federal government’s help — money, technical assistance and more. pic.twitter.com/cOdXrULpcC

On Sunday, he complained that Abbott’s administration was not giving New York City a proper heads-up when the migrants will be arriving.

Abbott has also been sending illegal immigrants to Washington, D.C., since April to protest the Biden administration’s refusal to act on the border crisis plaguing Texas.

“In addition to Washington, D.C., New York City is the ideal destination for these migrants, who can receive the abundance of city services and housing that Mayor Eric Adams has boasted about within the sanctuary city,” Abbott said in a statement on Friday.

He added: “I hope he follows through on his promise of welcoming all migrants with open arms so that our overrun and overwhelmed border towns can find relief.”