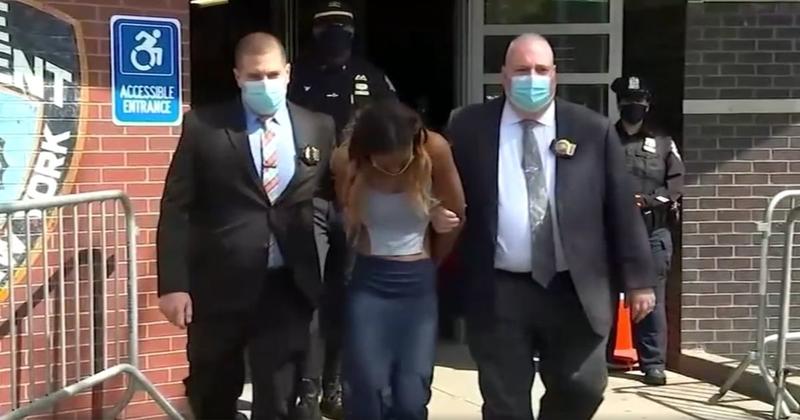 An anti-police activist and podcast host told her audience on Facebook “f*** the police” just hours before she reportedly hit and killed a New York City police officer with her car and then left the scene on Tuesday.

WABC-TV reported police say 32-year-old Jessica Beauvais had drunk tequila, wine and vodka, and had also smoked marijuana, before she got behind the wheel and hit NYPD officer Anastasios Tsakos. The cop was standing in full reflective gear next to a lighted police cruiser early Tuesday morning on the Long Island Expressway when his life was cut short.

Tsakos was reportedly helping with traffic following a deadly crash when Beauvais came along and hit him with her vehicle at a high rate of speed. The officer was thrown 100 feet, according to WABC.

The woman then fled before she was tracked down by other officers.

Shockingly, just before the woman reportedly killed officer Tsakos, she had left a Brooklyn recording studio where she hosted a video podcast in which she denigrated cops. The Daily Mail reported that in a nearly two-hour video Facebook live stream Monday night, Beauvais drank liquor and wine and said cops are “signing up for potential death” when they take their jobs.

She also reportedly left her audience with these words: “F*** the police.”

The NYPD said when she was caught, Beauvais claimed she wasn’t aware she’d run a person over, despite the fact that her windshield was damaged. She allegedly told officers, “F*** you. I don’t have to listen to you” while being combative.

The New York Daily News reported that Tuesday afternoon, Beauvais left a jail headed for a courtroom in police custody, and tearfully admitted to her actions, telling reporters, “I’m sorry … I’m sorry that I hit him and he’s dead. I didn’t mean to. I’m sorry.”

According to officer Tsakos’ friends in the NYPD, he was married with two very young children and had just purchased a home. NYPD Police Commissioner Dermot Shea honored the fallen cop online.

The entire NYPD hurts tonight as we reconcile the loss of our brother. A loss not only for our NYPD family, but all of NYC.#fidelisadmortem pic.twitter.com/q8t6770Hms

Shea also laid into Beauvais when speaking to reporters about the incident outside of the hospital in Queens where Tsakos was taken and pronounced dead after being struck on the roadway.

“We stand here devastated and trying to pick up the pieces of what is a shattered home and a shattered NYPD family,” Shea, who stood outside the New York-Presbyterian Queens Hospital, said. “I think that when you see the images of her car and the windshield that was completely shattered as well as damaged in the front of the car, there was no way to not know that she struck an individual.”

“In the police department, there’s two compliments you can give a fellow police officer that top no other: ‘He’s a cop’s cop,’ and ‘He’s a good guy,’” Lynch stated.

With regard to Beauvais, he added, “She’s sorry not for the deed but that she got caught.”

It isn’t clear if Beauvais had any intention to strike Tsakos with her car. Police say they think Tsakos’ death was an accident. But her reported anti-cop rhetoric, which is now accepted as mainstream, has a human face for one New York family.

Early today, our member, @NYPDHighway PO Anastasios “Taso” Tsakos, was killed in the line of duty while operating on the Clearview Expressway within the confines of the @NYPD107Pct . Please keep him and his family in your prayers. May our brother’s memory be eternal. pic.twitter.com/3hiMqACemV

That’s the face of a brave officer, a beloved husband and father and a man who his fellow officers said never backed down from a challenge when doing his job. As the country’s radical left continues to assault cops on all fronts, Tsakos’s death is a reminder that too many of these brave men and women don’t come home from their shifts.

Tsakos’ children, reported to be ages 3 and 6, will never see their dad walk through the front door of their newly-purchased home again — nor will his wife. Their American dream was shattered by, according to police, a woman who spent her time pushing a blanket message of hate against cops.

That’s a message that’s overwhelmingly right now embraced by entertainers, Democrats in government and much of corporate America. 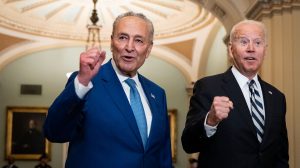 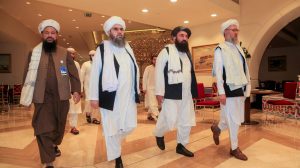 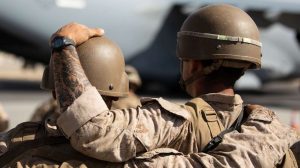 Pentagon Announces End of the Afghanistan Evacuation, with Hundreds of Americans Left Behind