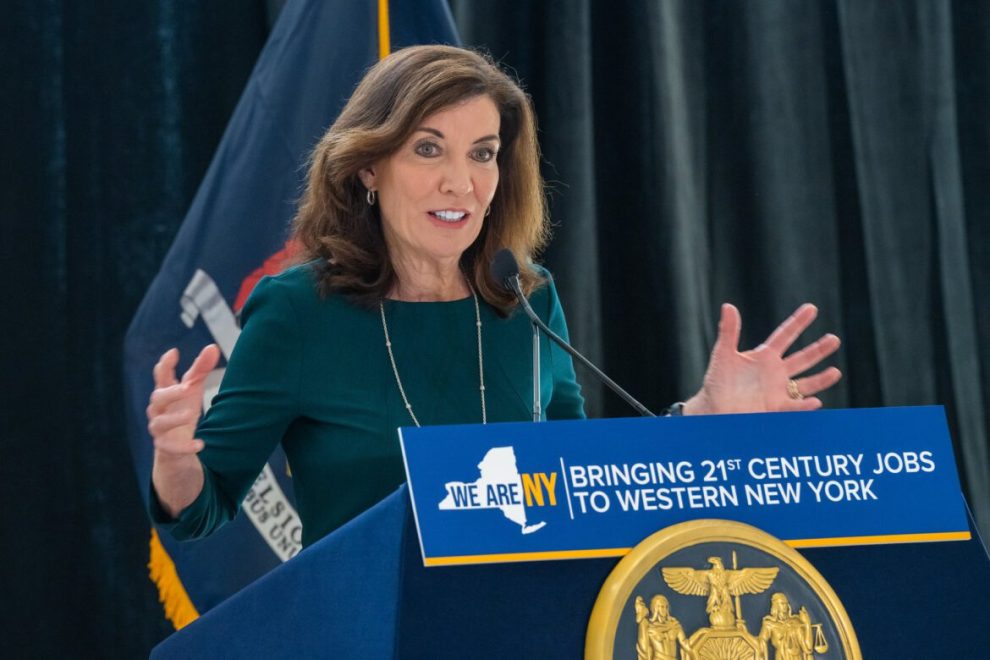 Governor Kathy Hochul (D-NY) said Sunday on CNN’s “State of the Union” that national laws for guns and social media were needed after a gunman opened fire in a Buffalo, N.Y. supermarket, killing 10 people on Saturday.

Hochul said, “They need to be called out. And leaders elected officials from both parties need to stand up at this moment and call it out and to shame it and to make sure these people crawl back into their holes and stay there. This cannot be part of our mainstream dialogue here in the United States of America. Leaders have a responsibility to call it out.”

She added, “As a leader of the state of New York, I also have a responsibility to make sure we protect people with respect to guns. We have some of the toughest laws in America on the books here, but the guns are coming in from other states or the enhanced magazine, which is exactly what happened here, the high-capacity magazine that led to the slaughter of people in my hometown. So, we are dealing with it on the gun side but also on the social media side. And the combination of the wild access to guns, unfettered, we need national laws to deal with this as well as the unfettered sharing of hate information on the internet, that is a lethal combination. We saw that on display here just hours ago yesterday.”