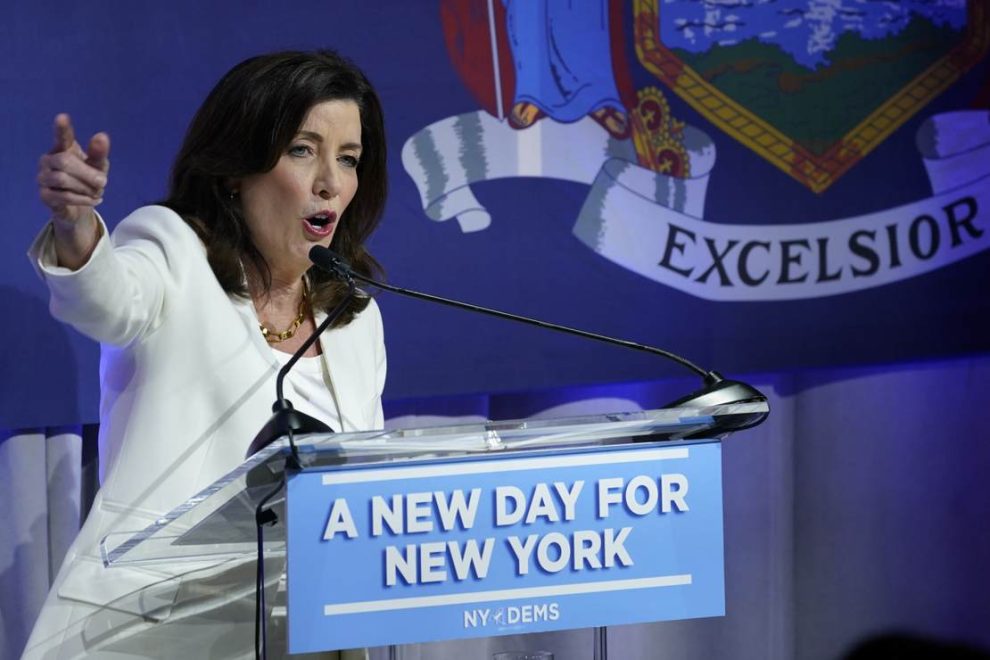 As we go into the midterms, you would think that now would be the time that politicians would be reaching out to Americans for votes.

But instead, Democrats are demonizing Republicans, supporters of Trump, and supporters of Florida Gov. Ron DeSantis. Not exactly the best way to gain votes. As we reported, Charlie Crist — who is running against DeSantis in Florida in the governor’s race — told DeSantis supporters that he didn’t want their vote. Then Joe Biden attacked Trump supporters, saying he didn’t respect MAGA Republicans — millions of Americans — and proceeded to say they were angry, violent, and semi-fascist. White House Press Secretary Karine Jean-Pierre doubled down on it, claiming that MAGA Republicans were fascist — attacking democracy, trying to take away voting rights and freedoms. Just complete delusional propaganda. And these are the guys claiming to be unifiers? It’s hard to get more divisive.

“Get out of town because you do not represent our values. You are not New Yorkers.” 🤣🤣🤣🤣🤣🤣 pic.twitter.com/5PlM3Jkwl4

“And we are here to say that the era of Trump, and Zeldin and Molinaro, just jump on a bus and head down to Florida where you belong, ok? Get out of town. Get out of town. Because you do not represent our values. You are not New Yorkers,” Hochul said Monday.

Great way to insult millions of New Yorkers by telling them that they aren’t New Yorkers, just because they don’t share her radical political views. You’re right, Gov. Hochul, Republicans don’t share your hateful “values.” When you want to kick people out of the state who don’t agree with you, that’s sounding pretty dictatorial to me.

Hochul is now trying to claim that she was only talking about Trump, Zeldin, and Molinaro. But no one is buying that.

New York already has many people with sense fleeing because they know what a mess it is to live in the state. But attacking people and encouraging them to leave is a dangerous and divisive thing. If they did, New York would be up a creek without a paddle in lost tax revenue.

.@KathyHochul says to republicans Get out of the state

Her opponent in the gubernatorial race, Rep. Lee Zeldin (R-NY), blasted her for her attack on Republicans and people who hold different political views than she does.

This is reason enough to toss Kathy Hochul out of office November 8. I'm not going anywhere. I'm a lifelong New Yorker, born and raised. I'm going to stay and fight to Save Our State from the continued rule of the most arrogant, power-hungry, elitist Governor in America. pic.twitter.com/xQaGHJvIC9

See also  Elie Mystal: ‘White People Turn Violent When They Don’t Politically Get Their Way All the Damn Time in This Country’

“This year we must send Kathy Hochul and the Democrats a giant message that we aren’t going anywhere. Not only are we NOT leaving, we’re going to take our state back from the corrupt, disastrous Democrats who are destroying New York,” the email said.

This indeed was similar to when disgraced former Gov. Andrew Cuomo attacked conservatives and said they should get out of New York. Democrats are not very tolerant.

What’s going on here is not a normal political attack on opponents, but an attack demonizing Republican voters, invalidating their views as radical when indeed it’s the Democrats who are being radical, including with tactics such as this.