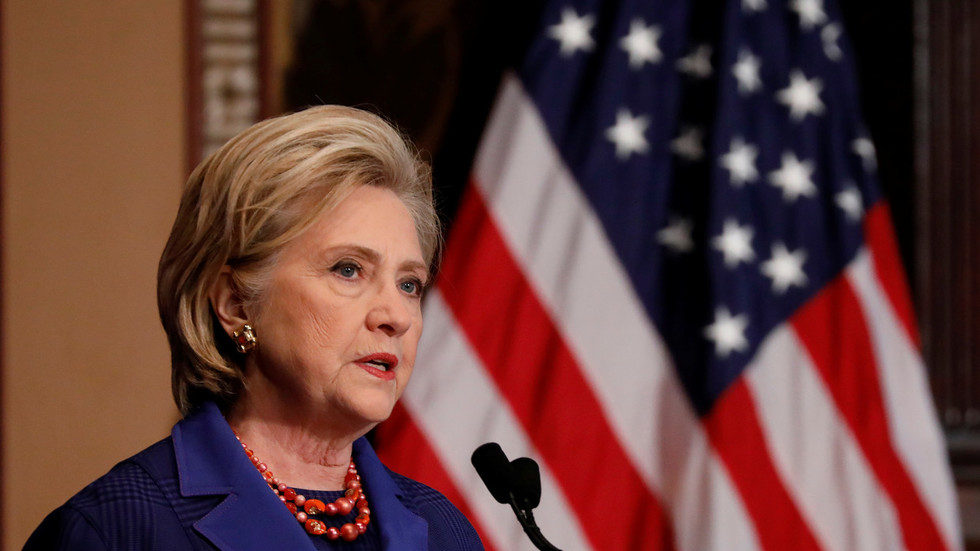 It seems that Hillary Clinton may have unknowingly played a large role in the racketeering charges that Nxivm founder Keith Raniere is currently facing in court.

Court documents filed by the US Attorney’s office prior to the trail detail how multiple members of he cult – including all five of the defendants who were indicted in the case – exceeded the legal limit for campaign donations when giving money to Clinton’s first campaign for president.

That motion, which sought to have evidence admitted to the case to support the racketeering allegations against the defendants, said that the funds were donated in hope of gaining influence over Clinton.

This plan hit an unexpected snag however when Clinton failed to even make it past the primary, with the former senator’s momentum halted by the man who would go on to win the presidency, Barack Obama.

‘Witness testimony, corroborated by documentary evidence, will demonstrate that at least 14 members of the Nxivm community, including at least five defendants and co-conspirators, made the maximum campaign donation to a primary campaign with the understanding that they would be reimbursed by Bronfman or Nancy Salzman,’ reads the filing.

‘At the suggestion of a political operative, who has since pleaded guilty to an unrelated New York state bribery charge also involving campaign contributions, the contributions were “bundled” and presented to the candidate at a fundraising event attended by conspirators, including Nancy Salzman.’

The document goes on to state: ‘A cooperating witness who attended the event will testify that the defendants and their co-conspirators made the contributions in hopes of obtaining political influence to advance their own agenda, including targeting perceived enemies of Raniere.’

Clinton was just one of the many Democratic candidates who Nxivm members donated too, with DailyMail.com learning that the list also included Al Franken, Claire McKaskill, Ken Salazar and Tammy Duckworth.

Records obtained by DailyMail.com show that the group gave $10,000 to the Democratic Committee of South Carolina as well at a time when Hillary needed a crucial win in the primary.

It is a damning allegation, but one that may not come up now that only Raniere is standing trial, with his co-defendants all entering guilty pleas in exchange for deals with prosecutors.

‘Specifically, the bundled campaign contributions were part of an attempt to curry favor with a presidential nominee to advance the goals of the defendants and co-conspirators, including by obtaining indictments against enemies and gaining advantages in litigation,’ stated the US Attorney’s office in the filing.

‘The evidence of the conduit contributions also demonstrates the relatedness of the predicate acts, because it demonstrates the attitude of defendants and co-conspirators that they must “cheat to win” to fight the conspiracy they believed was operating against them.