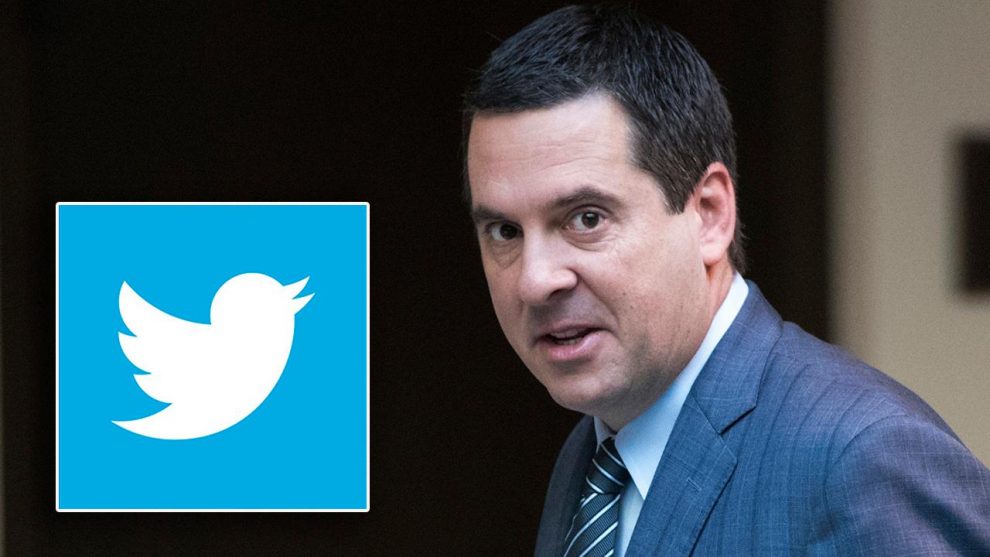 House Intelligence Committee ranking member Devin Nunes filed a $150 million lawsuit in Virginia state court against The McClatchy Company and others on Monday, alleging that one of the news agency’s reporters conspired with a political operative to derail Nunes’ oversight work into the Hillary Clinton campaign and Russian election interference.

The filing, obtained by Fox News, came a day after Nunes, R-Calif., revealed he would send eight criminal referrals to the Justice Department this week concerning purported surveillance abuses by federal authorities during the Russia probe, false statements to Congress and other matters.

In March, Nunes filed a similar $250 million lawsuit alleging defamation against Twitter and one of its users, Republican consultant Liz Mair. In Monday’s complaint, Nunes again named Mair as a co-defendant, charging this time that she conspired with McClatchy reporter MacKenzie Mays to spread a variety of untruthful and misleading smears — including that Nunes “was involved with cocaine and underage prostitutes” — online and in print.

Reached for comment late Monday, Mair directed Fox News to a USA Today op-ed she penned earlier this week concerning Nunes’ previous lawsuit entitled, “Free speech means I don’t have to be nice to Devin Nunes on Twitter. So why’s he suing me?”

A spokesperson for McClatchy told Fox News late Monday: “We have no comment and stand behind the strong reporting of The Fresno Bee,” the McClatchy-owned publication cited throughout Nunes’ lawsuit.

In a March story, the McClatchy DC Bureau reported that Nunes’ previous lawsuit against Twitter and some of its users had only “amplified” the visibility of his critics and the Internet trolls — including one named “Devin Nunes’ Cow.” Fox News is told Mair has not yet received service of process, including an official copy of Nunes’ complaint, in either litigation.

Nunes’ new complaint acknowledged the sensitivity of filing a defamation and conspiracy lawsuit against journalists but went on to allege that the defendants had “abandoned the role of journalist, and chose to leverage their considerable power to spread falsehoods and to defame” Nunes for “political and financial gain.”

“I’m coming to clean up the mess.”

“They need to retract everything they did against me, but they also need to come clean with the American people,” Nunes told Fox News’ “Hannity” Monday night. “Retract all of their fake news stories. This is part of the broader clean-up. Remember, a few weeks ago, I filed against Twitter — they’re censoring conservatives. McClatchy is one of the worst offenders of this. But we’re coming after the rest of them. I think people are beginning to wake up now, I’m serious — I’m coming to clean up the mess.”

The complaint filed on Monday specifically cited a May 23, 2018 article published by the Fresno Bee and written by Mays, entitled, “A yacht, cocaine, prostitutes: Winery partly owned by Nunes sued after fundraiser event.”

The article described a lawsuit’s allegations of a 2015 party aboard the yacht involving “25 of the Napa Valley-based [Alpha Omega Winery]’s top investors, all men — [who] were openly using what appeared to be cocaine and ‘drawing straws’ for which sex worker to hire.”

That same day, Mays tweeted the article, mentioning Nunes in the same sentence as “cocaine and underage sex workers.”

Nunes’ complaint accused Mays of “chos[ing] to emphasize the words ‘woman,’ ‘Devin’ and ‘cocaine'” in her tweet. But, as Los Angeles Times national correspondent Matt Pearce noted on Twitter shortly after this article was published, those three words appear bolded only in the embedded tweet included in Nunes’ complaint — as they would if a keyword search were performed on Twitter for the words “woman,” “Devin,” and “cocaine.”

In Mays’ original tweet, however, the words are not bolded or emphasized.

Nunes asserted in the complaint that the event on the yacht was not a “fundraiser” at all, but rather a cruise resulting from a charitable donation — and one that McClatchy knew Nunes had nothing to do with.

“The McClatchy headline intentionally omitted the word ‘charity’ and labeled the event a ‘fundraiser’ in a clear effort to imply it was a political fundraising event that a politician like Congressman Nunes would naturally attend,” the complaint stated.

Nunes also countered that those aboard the yacht had no connection to the winery and were not investors.

Additionally, “online versions of the story are punctuated by a prominent picture of Nunes and multiple film clips of him,” creating a strong and misleading implication, repeated by Twitter users and other journalists, that Nunes was directly involved in the event on the yacht, the complaint continued.

Defamation law prohibits not only provably false statements but also heavy implications of falsities that harm defendants’ reputations. However, public figures like Nunes must meet a high bar to prove defamation and must demonstrate that the defendants recklessly or intentionally spread falsehoods, rather than merely negligently.

Virginia, like many other states, includes robust protections for journalists and other actors accused of defamation in what is called an “anti-SLAPP statute.” SLAPP stands for “Strategic Lawsuit Against Public Participation.”

In his complaint, Nunes alleged that regardless, defamation law should not shield what he called a knowing and deliberate effort to “destroy” his reputation. “Indeed, the entire purpose of every element of the Yacht/Cocaine/Prostitutes article – the headline, the photo, the film clips, and the text itself – is to link Nunes to an event that McClatchy actually knew before publication he had no involvement with,” the complaint stated.

A series of unmentioned “stealth edits” were made to the article post-publication. The original article stated that the winery serviced “Russian clients while the congressman was at the helm of a federal investigation of Russian meddling into the presidential election.”

Eventually the sentence was changed to make it clear that the wine sales to Russians came years before the Russia probe began: “Nunes’ ties to [the winery] made national headlines last year because it was discovered the winery sold wine to Russian clients in 2013. The discovery came amid Nunes’ ongoing involvement in a federal investigation of Russian meddling into the presidential election.”

In other articles, McClatchy also referenced Mair, the political operative whose LinkedIn profile included the boast that she “anonymously smears” targets on the Internet. Mair also has said Nunes had “issues” and she was “going after him.”

“The fact is, the [Federal Election Commission] is not going to look favorably on a dude who uses his tax-exempt political entity like a personal slush fund, flying himself to Boston to watch them while apparently engaging in no activity relevant to the purpose of the political organization,’ said Liz Mair,” read one article published by McClatchy DC Bureau on July 19, 2018. “McClatchy failed to inform readers of Mair’s employment with Mair Strategies, an opposition research company that, in Mair’s own words, ‘smears’ targets for paying clients,” the complaint stated.

On July 11, 2018, Mays authored an article that referred to an “ethics complaint” filed against Nunes by the Swamp Accountability Project. That group is run by Mair, whom the article identified only as “a political commentator who formerly worked for the Republican National Committee.”

“Mays concealed the fact that Mair is an opposition research operative who admittedly smears targets, such as Nunes, for pay from as-yet anonymous clients,” the complaint said. “This was a crucial omission, since it would have revealed Mair’s motives and cast grave doubt on her credibility and veracity and on the credibility and veracity of her handlers.”

Even as the editorial board of the Fresno Bee doubled down on the reporting, Nunes said, other outlets refused to publish similar stories — in contrast to McClatchy’s willful abandonment of journalistic standards, the complaint alleged.

One newspaper, the Visalia Times-Delta, wrote that it “did not pursue the story because editors decided the lawsuit’s ties to Nunes were tenuous. There were no allegations that Nunes was involved in any way with the charity event, aside from being an investor in the winery.”

The complaint also read: “The purpose of the concerted defamation campaign was to cause immense pain, intimidate, interfere with and divert Nunes’ attention from his investigation of corruption and alleged Russian involvement in the 2016 Presidential Election. The substance and timing of the publication of McClatchy’s online articles and the tweets, retweets, replies and likes by Mair and McClatchy reporters demonstrates that McClatchy and Mair were engaged in a joint effort, together and with others, to defame Nunes and interfere with his duties, employment and investigations of corruption as a United States Congressman.”

It continued: “The attacks on Nunes were pre-planned, calculated, orchestrated and undertaken by multiple individuals acting in concert, over a continuous period of time throughout 2018. The full scope of the conspiracy, including the names of all participants and the level of involvement of any agents or instrumentalities of foreign governments, is unknown at this time and will be the subject of discovery in this action.”