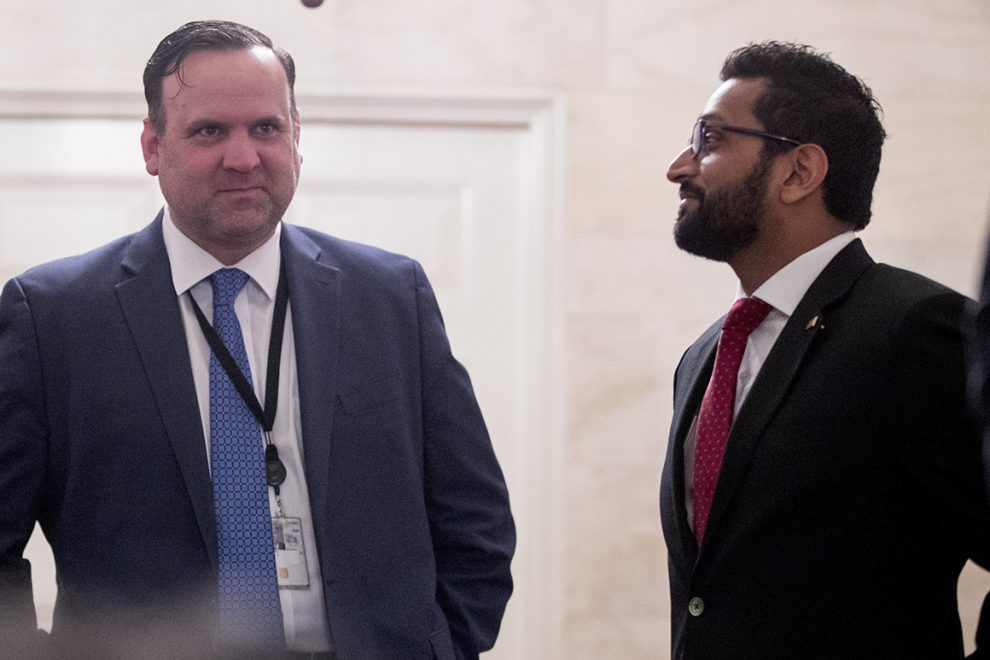 A National Security Council staffer made the jump over to the intelligence community, according to multiple reports.

Kash Patel, who previously served as an aid to the House Intelligence Committee’s Devin Nunes, was appointed to be a senior adviser to new acting Director of National Intelligence Richard Grenell.

A source told CBS News that there is a new mandate to clean house, including a “top to bottom” review of ODNI operations that have expanded since 2005.

President Trump announced on Wednesday that Grenell, the U.S. ambassador to Germany and a Trump loyalist, would replace Joseph Maguire as acting DNI.

Democrats raised concerns about Grenell being a political appointee without sufficient background in intelligence. Grenell said he won’t be nominated to take on the spy chief role permanently.

As a staff member on the House Intelligence Committee, Patel was a primary author of a Republican memo released in early 2018 on alleged Foreign Intelligence Surveillance Act abuses against Carter Page, a member of the Trump 2016 campaign. The Justice Department inspector general conducted an investigation, and in a report released in December said there were at least 17 “significant errors or omissions” in the Page FISA applications. The Justice Department determined that at least two of the four orders targeting Page were not valid.

Patel later became the senior counterterrorism director for the National Security Council and late last year got wrapped up into the House Democrats’ impeachment investigation. He denied being a back channel to Trump on Ukraine, as one witness suggested, and filed a $25 million libel lawsuit against Politico over reporting that claimed he was feeding Trump information about Ukraine.