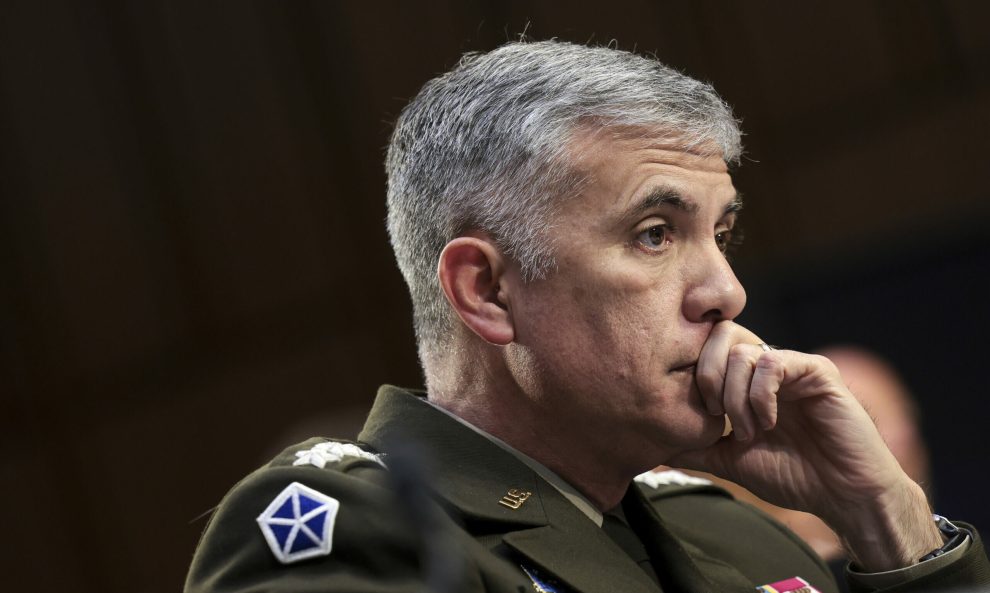 The director of the National Intelligence Agency (NSA) asked Congress on Thursday to reauthorize a controversial surveillance power aimed at foreign nationals that can expose the communications of Americans.

NSA Director Paul Nakasone said that there was vital security interest in renewing Section 702 of the Foreign Intelligence Surveillance Act (FISA) before it expires at the end of the year, which allows intelligence agencies to obtain the online communications of foreign nationals without a warrant.

Section 702 has come under fire from civil liberties groups because the messages of Americans could be exposed if they are communicating with a foreigner under surveillance. Its renewal could also face increased opposition in Congress as Republicans look to investigate the security agencies.

“This authority provides the U.S. government irreplaceable insights, whether we’re reporting on cybersecurity threats, counterterrorism threats, or protecting U.S. and allied forces,” Nakasone said at a meeting of the U.S. Privacy and Civil Liberties Oversight Board. “We have saved lives because of 702.”

Section 702, first implemented in 2008, was renewed by then-President Donald Trump in 2018 even after he said the power was linked to the widely discredited Steele Dossier that purported to have evidence of collusion between Russia and the Trump campaign. After initial skepticism, Trump renewed the powers following a discussion with then-House Speaker Paul Ryan (R-WI).

Nakasone said that the power “plays an outsize role in protecting the nation” and plays an important role in understanding hostile nations like China. He added that he couldn’t fully explain everything allowed by the powers due to national security.

Critics have said that the surveillance powers are dangerous and allow the spy agencies a backdoor to monitor U.S. citizens without a warrant. Fox News host Tucker Carlson claimed in June 2021 that the NSA was “monitoring” his show’s “electronic communications,” which could have been related to interview requests with foreign nationals.

Cindy Cohn, the executive director of the Electronic Frontier Foundation said at the Thursday meeting that Section 702 powers were essentially a “national security exception to the U.S. Constitution.”

“The American people and indeed people all around the world have lost the ability to have a private conversation over digital networks,” she added.

The expiration of Section 702 could set up a debate among House Republicans as some in the party have grown increasingly skeptical of intelligence agencies in the wake of the Russia collusion hoax, which was in part made possible by shoddy intelligence.

House Republicans also voted this week to create a committee to investigate the FBI and other security agencies. “The security state believes itself to be above the Constitution and the laws passed by Congress,” Rep. Dan Bishop (R-NC) said Tuesday from the House floor. “Today we’re putting the deep state on notice. We’re coming for you on behalf of everyday Americans.”

Rep. Mike Gallagher (R-WI) said there were “legitimate concerns” with Section 702, but told The Associated Press that reforms could be made to ensure that “there won’t be abuses in the future.”