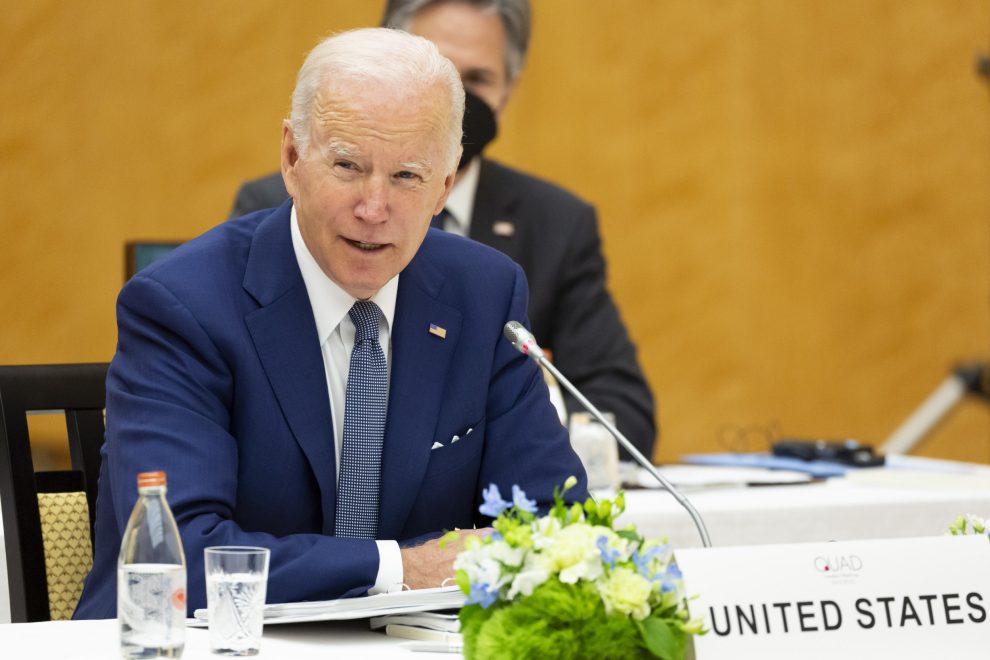 You’d think that Leftists, Democrats, and the global warming crowd would be celebrating the Senate passage of the ludicrously named “Inflation Reduction Act,” which as we’ve discussed at RedState will probably increase inflation and will fund 87,000 new IRS agents just to hassle you.

But instead of celebrating, some are calling for more, more, more. The once-great Los Angeles Times is urging President Joe Biden to declare a climate emergency and use executive powers and regulatory shenanigans to shift away from fossil fuels. Predictably, they don’t say, switch to what exactly.

Note that we are already under a monkeypox health emergency as well as an endless COVID emergency. Almost makes you scared to get out of bed in the morning.

As Bono sings in U2’s classic, With or Without You, “you give it all, but I want more.” The LA Times editorial board agrees, writing in a Friday opinion piece:

The threat now is so dire that we need Biden to deliver on his pledge. That means using every executive and administrative power legally available to him to protect Americans from climate-fueled disasters, boost renewable energy and shift away from fossil fuels. And because declaring a national emergency would unlock additional tools and resources, he should do it.

Not sure that kind of leadership was what the Founders were thinking when they wrote the Constitution. My understanding is that we had a legislative branch that was supposed to enact laws, and a president to enforce them.

Is it just me, or does it feel like we’re living in a banana republic? We’ve got a politicized justice system that conducts dawn raids on elderly opponents of the administration for process crimes, an IRS that once targeted conservative organizations and is about to get much more funding, a pliant, one-sided press that acts as a cheerleading group for the Democrat Party, and a president who openly says if Congress doesn’t enact his bills he’ll simply enforce his will in other ways.

Democrats and the media spent four years telling us that Donald Trump was a fascist and a dictator, but he never spoke like this or acted even close to as dictatorial as Biden has. Yet the LA Times thinks Biden should behave as if we’re at war:

An emergency declaration, for instance, could unlock additional funding for climate resilience projects by the Pentagon, which has long identified climate change as a threat to national security. Under the Stafford Act, which governs disaster preparedness and relief, Biden could direct the Federal Emergency Management Agency to build climate-ready infrastructure in low-income communities of color that are hit hardest by disasters. The president could use his executive authority to accelerate renewable energy projects and manufacturing of electric vehicles and appliances, or go bolder and use it to restore a ban on crude oil exports and stop investment in fossil fuel projects abroad.

Forget earning votes at the ballot box to effect change—just issue executive orders. They’re saying, “Sure, voters don’t support a Green New Deal, but go ahead and do it anyway.”

It seems to me the LA Times is openly urging the president to do the exact kinds of things they were so terrified of in the Trump era. Namely, ignore the Constitution, assume powers you don’t have, and rule with an iron fist regardless of the will of the people. The Times, like so many of our nation’s newspapers, long ago lost any real credibility because of its biased reporting, but this is a new low—even for them.