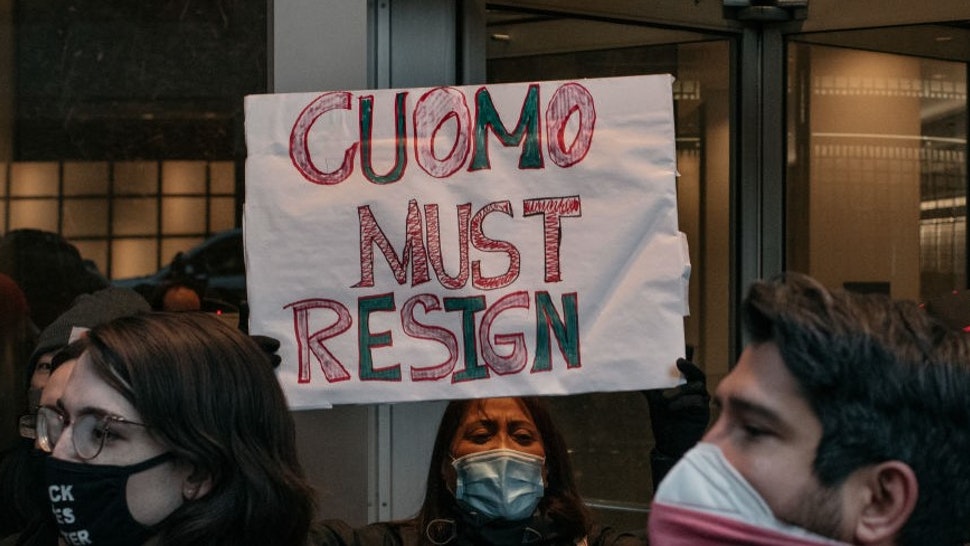 Karen Hinton, who worked for Cuomo as a press aide, told The Washington Post that the governor called her to his “dimly lit” hotel room and hugged her twice following a work function in 2000. She said she pulled away from Cuomo, but he pulled her back toward his body and held onto her.

Hinton called the embrace “very long, too long, too tight, too intimate.” The married Hinton pulled away, but “he pulls me back for another intimate embrace,” she told the paper. “I thought at that moment it could lead to a kiss, it could lead to other things, so I just pull away again, and I leave.”

Cuomo at the time led the U.S. Department of Housing and Urban Development.

Peter Ajemian, Cuomo’s director of communications, addressed Hinton’s allegations in a statement to the Post.

“This did not happen,” he said. “Karen Hinton is a known antagonist of the Governor’s who is attempting to take advantage of this moment to score cheap points with made up allegations from 21 years ago. All women have the right to come forward and tell their story — however, it’s also the responsibility of the press to consider self-motivation. This is reckless.”

But The New York Post notes that Hinton’s husband is lobbyist Howard Glaser, “a longtime Cuomo ally and confidante who worked as his director of state operations and senior policy advisor until 2014.”

Meanwhile, Anna Liss, who worked for Cuomo as a policy and operations aide from 2013 to 2015, said the governor once asked her if she had a boyfriend, then touched her lower back and kissed her hand. Liss said at first she thought his actions were harmless flirtations, but she said she came to believe that they “diminished her from an educated professional to ‘just a skirt,’” Fox News reported.

“It’s not appropriate, really, in any setting,” she said. The governor called her “sweetheart” and asked if she had a boyfriend, Liss told recalled to the Wall Street Journal.

Last week, a third woman accused Cuomo of sexual harassment. Anna Ruch, a former Biden 2020 campaign worker, told The New York Times that the governor made unwanted sexual advances toward her after they met at a wedding in New York City in 2019. She also accused Cuomo, 63, of kissing her without her permission, even as she tried to pull away. Ruch said the encounter left her “confused and shocked and embarrassed.”

Another accuser, Charlotte Bennett, a former Cuomo aide, alleges that the governor inquired about her sex life and asked her if she would be amenable to having a relationship with an older man. And another former aide, Lindsey Boylan, said Cuomo “made inappropriate comments about her appearance, kissed her without her consent at the end of a meeting and once suggested they play strip poker while aboard his state-owned jet,” The Associated Press reported.

Boylan took to social media to voice support for Hinton and Liss in separate tweets.

“Thank you Karen Hinton for courageously sharing your story of how our boss, one of the most powerful men in the country, used his power to abuse you. I am sending you love. I am with you. We are with you,” she wrote.

She called Liss “brave,” adding, “It’s extremely destructive that our boss, the governor of New York, treated us this way.”