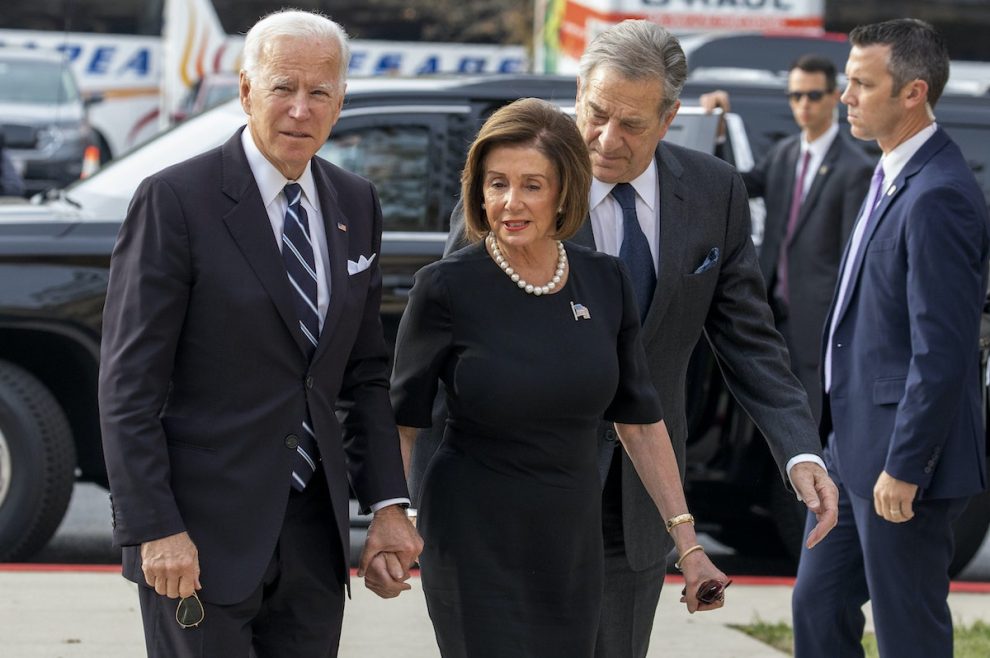 With the midterm elections mostly complete and Democrats projected to retain the majority in the Senate and a slight minority in the House, the 82-year-old Democratic leader said that Biden, who turns 80 next Sunday, should run again because “he has accomplished so much” and “has a great record.”

Pelosi made the remarks on ABC’s “This Week” during an interview with host George Stephanopoulos.

“President Biden has been a great president for our country,” said Pelosi. “Over 10 million jobs under his leadership. Working with the private sector, of course. He has just done so many things that are so great.”

“He’s put money in people’s pockets, vaccines in their arms, children back to school, people back to work, for starters, creating 10 million jobs,” she continued. “He has made America independent by passing the CHIPS bill that says we’re no longer reliant on those who would withhold products that enable us to manufacture in our country. The [Inflation Reduction Act]… $368 billion in good-paying green jobs, clean air, clean water for our children, national security issue to stop migrations and competition for habitat and food, as well as honoring our responsibility to future generations. The PACT Act, honoring our veterans, the bipartisan infrastructure bill, all of it with justice, with equity, with inclusiveness, with diversity, taking us to a new place. He has been a great president and he has a great record to run on.”

.@gstephanopoulos: "Do you think President Biden should run again?"

House Speaker Pelosi: "Yes I do. He has accomplished so much." https://t.co/DUOI4Aiets pic.twitter.com/VXnD44fgzK

Before the midterms, the outcome was seen by some experts as a leading indicator of Biden’s prospects of running for re-election.

See also  Klain: Biden Has ‘Managed the Largest Land War in Europe Since Truman’ as Part of Record of Accomplishments

“If Biden can hold on to a Democratic Senate, then he’ll be in the catbird seat to run for re-election,” Rice University presidential historian Douglas Brinkley told the Washington Post the on the eve of Election Day. “Now, if it’s a red wave and the Republicans win the Congress and Senate, there’s going to be a drumroll for Biden to not be the party’s nominee.”

Biden said he has not decided whether to run in 2024.

“My guess is it will be early next year we make that judgment,” Biden previously told reporters. “My judgment of running when I announce, if I announce— my intention is that I run again, but I’m a great respecter of fate and this is ultimately a family decision. I think everybody wants me to run, but we’re gonna have discussions about it,” he added.