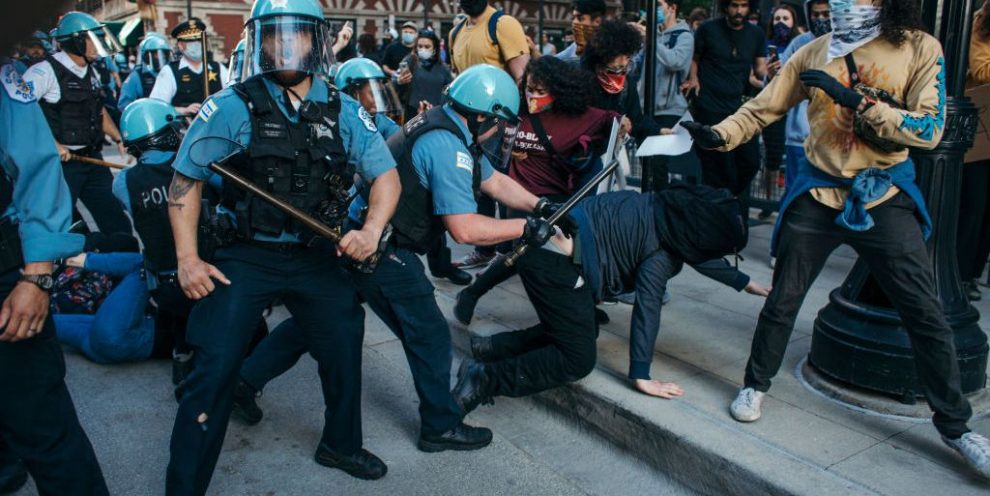 Not one of the most recent Minneapolis Police Academy recruits dropped out of the training process, despite massive riots in the Minnesota city and calls to defund their department.

Every individual enrolled and set to graduate on June 29 finished the process, Minneapolis Police director of public information John Elder told the Daily Caller News Foundation in an email. Elder said he’d noticed a decrease in the number of people looking to become police officers since the 1980’s, but reported that “no one dropped out” in the most recent class.

Minneapolis is the epicenter of the nationwide protests and violence that has occurred since George Floyd died after a Minneapolis police officer knelt on his neck for over eight minutes, video showed. The Minneapolis Police Precinct was burned to the ground later in the week as demonstrators ransacked, looted, and set the city ablaze, according to Twin Cities Pioneer Press.

Derek Chauvin, the officer who was seen on video allegedly compressing Floyd’s neck with his kneecap, was arrested and charged with manslaughter on May 29, as calls to prosecute him grew in number, CBS Minnesota reported. Chauvin’s charges were later raised to second degree murder, and officers Tou Thao, J. Alexander Kueng and Thomas Lane were arrested on June 3 for allegedly being party to Floyd’s death.

“We are going to dismantle the Minneapolis Police Department,” Ellison said on Twitter. “And when we’re done, we’re not simply gonna glue it back together.We are going to dramatically rethink how we approach public safety and emergency response. It’s really past due.”

We are going to dismantle the Minneapolis Police Department.

And when we’re done, we’re not simply gonna glue it back together.

We are going to dramatically rethink how we approach public safety and emergency response.

Democratic Minneapolis Mayor Jacob Frey was booed by his constituents when he visited a protest and did not express an interest in completely defunding or abolishing law enforcement in his city on June 7, according to CNN.

The council announced June 26 their intent to advance a measure to replace traditional law enforcement with a Department of Community Safety and Violence Prevention, according to a press release. The new organization would effectively remove the Minneapolis Police Department from the city’s charter.

Riots and sentiment to reform city police departments spread throughout the nation rapidly after Floyd’s death. Los Angeles quickly became a hotbed for both, but a spokesperson for LAPD told the DCNF they’re doing just fine on recruitment.

“On behalf of both Recruitment and Training, there has not been a decline in applicants or recruits assigned to the Academy,” Commanding Officer of Recruitment and Employment Division Cpt. Aaron McCraney told the DCNF in an email. “Candidates and Recruits remain steadfast in their quest to serve as an LAPD officer.”

Authorities reported over 150 assaults on law enforcement, 10 instances of arson and over 20 documented cases of looting in Los Angeles toward the end of June, The LA Times reported.

The Los Angeles City Council approved a measure to strip law enforcement of over $150 million in funding just days after police came forward with the findings, according to Time.

The same city commission has also okayed the replacement of police for non-violent calls such as drug overdoses and mental health issues.

Cpt. McCraney says he hasn’t noticed a drop in applicants nor seen any dropouts from training.