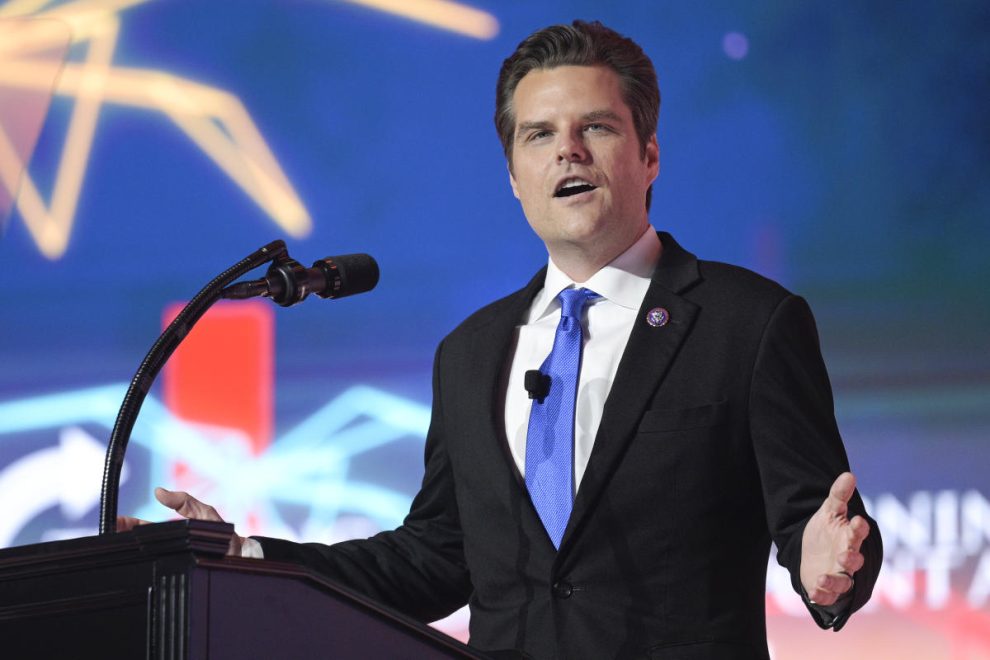 According to the Washington Post, prosecutors told DOJ superiors that a conviction would be unlikely – in part because of credibility issues with the two central witnesses, according to people familiar with the matter.

As such, it’s unlikely that Gaetz will face charges in an investigation which began in late 2020 over allegations of involvement with a 17-year-old girl.

DOJ investigators were probing whether Gaetz paid to have sex with a then-17-year-old in violation of federal sex-trafficking laws.

The 40-year-old lawmaker has repeatedly denied wrongdoing, and said that the only time he’s had sex with a 17-year-old is when he was also 17.

Earlier this year, Gaetz’s ex-girlfriend testified to a federal grand jury in Orlando, who went on a 2018 trip to the Bahamas along with several other women – including the accuser (who was 18 or older by that time), and Gaetz. According to people familiar with the case, the accuser is one of two people whose testimony has issues that veteran prosecutors don’t think would fly with a jury.

The other witness is a former friend of Gaetz’s, former Seminole County tax collector Joel Greenberg, who pleaded guilty last year to sex trafficking a minor, along with several other crimes.

Greenberg was first charged in 2020 with fabricating allegations and evidence to smear a political opponent, but prosecutors continued to investigate and added additional charges to his case. He ultimately agreed to plead guilty to six criminal charges, including sex trafficking of a child, aggravated identity theft and wire fraud.

In exchange for his guilty plea, prosecutors agreed to dismiss the other 27 counts Greenberg faced and recommend a term within federal sentencing guidelines, which are often far less than the statutory maximum penalties. They also agreed to recommend other possible sentencing breaks. -WaPo

According to Greenberg’s plea agreement, prosecutors might ask a judge to lower his minimum required penalty in exchange for “substantial assistance” in building other cases. He is set to be sentenced later this year.

After investigating Greenberg, prosecutors claim to have found evidence potentially implicating Gaetz in sex trafficking, and have since been probing whether Greenberg paid women to have sex with Gaetz – as well as whether the two shared sexual partners, including the 17-year-old girl in question.