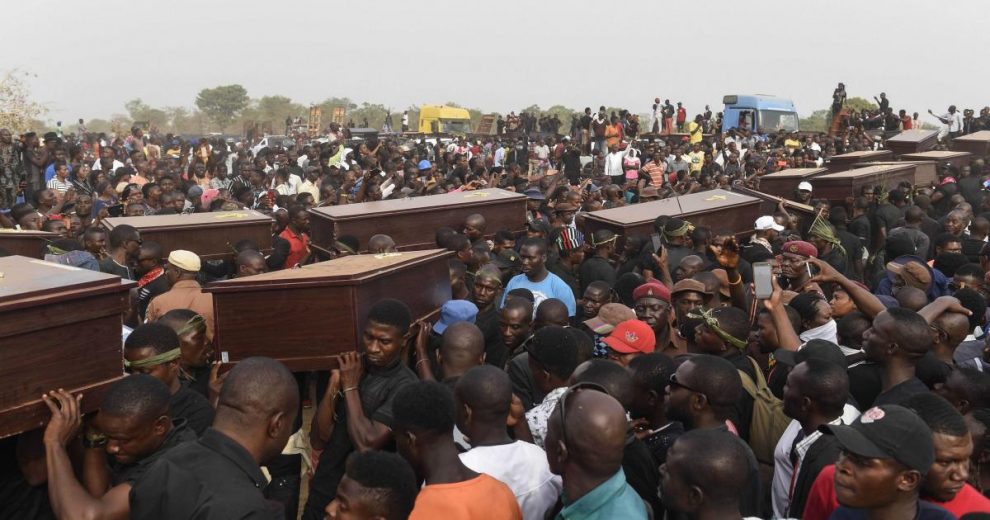 The enemedia refuses to cover this genocide. And where are the calls for mosques, Islamic universities, imams, etc. to purge the “hate speech” in islamic texts and teachings that call for genocide, jihad, creed apartheid? This hatred and bigotry spans the globe, and yet never is there discussion of the ideological and root cause. But one freak attack on a mosque at the bottom of the world, and hellzapoppin —

“The armed herdsmen chased them with dangerous weapons,” Mante told Morning Star News. “Joy’s nose and face was battered, and then she was sexually assaulted by the herdsmen before being killed. She was shot.”

After the ambush, the herdsmen proceeded to the family’s native Mante village, where they burned down 17 houses, he said. They then rampaged through Nidan village, burning another 11 homes. They also burned two Evangelical Church Winning All (ECWA) buildings and two belonging to the Evangelical Reformed Church of Christ (ERCC) in the two villages, Mante said. His family belongs to the local ERCC congregation.

Hundreds of Christians displaced in the attacks have taken refuge in Akwanga town….

See also  College Graduates Are Overestimating The Salaries They’ll Start Out At By $50,000
→ What are your thoughts? ←
Scroll down to leave a comment: