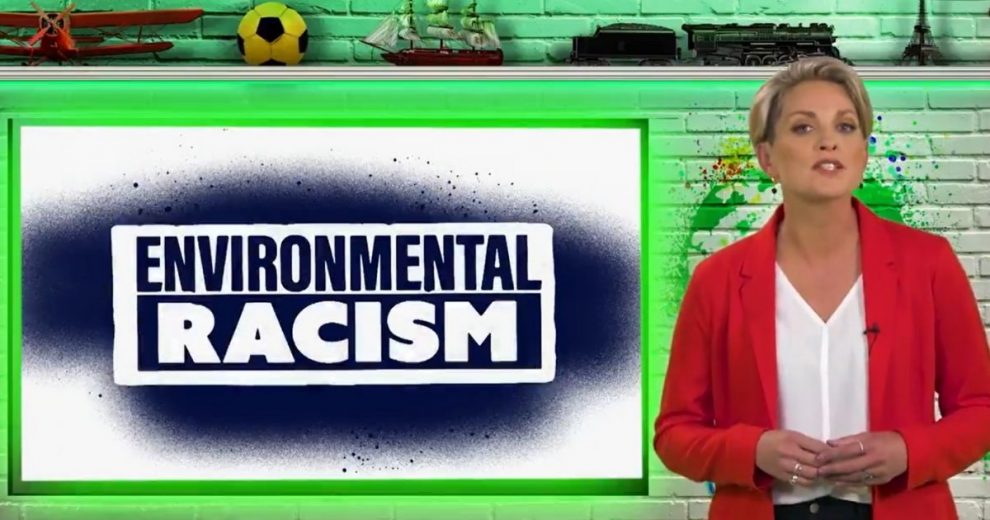 The children’s cable channel Nickelodeon has awakened the ire of conservative Twitter and beyond with an Earth Day segment on “environmental racism” that it shared on Twitter with the comments blocked.

I hope Time magazine’s Person of the Year is a woke corporate CEO, because, boy, it is turning out to be their year.

Observe this trainwreck all for yourself:

The segment was hosted by CBS News correspondent Jamie Yuccas, who lectured children on “environmental racism,” which she dramatically and conspiratorially told them is “a form of systemic racism where minority and low-income communities are surrounded by health hazards because they live near sewage, mines, landfills, power stations, major roads.”

This was part of Nickelodeon’s special “Nick News” Earth Day coverage on Thursday, which also included an interview with Biden administration climate czar John Kerry on the “global impact of the Paris Climate Agreement.”

So if you had an inkling this was all thinly veiled partisan posturing — bingo! You were right on target.

And so were many people on social media, who were not only infuriated that a kids’ cable channel would air such blatant propaganda but also indignant that the network’s Twitter account disabled criticism of it.

If you have kids that still watch Nickelodeon, turn it off. They run the racial and lefty bs all the time. Aimed right at your kids. https://t.co/G8sgSqZMwS

And their #NickNews is terrible without original host Linda Ellerbee. https://t.co/PFL6yHb2Ih

I remember when Nickelodeon didn't indoctrinate our kids. https://t.co/IUU9pBmgDd

Like many millennials, I grew up watching Nickelodeon, and I have no memory of being subject to hefty intellectual topics such as “environmental racism.” Mostly I just remember amusing cartoons portraying the daily life and inner experience of babies and toddlers or kids with football-shaped heads living in the inner-city.

Nickelodeon shows, like many other cartoons and sitcoms that people my age grew up with, used to address the issue of race in the decades after the civil rights movement with the simple yet powerful approach of including black characters and wholesome messaging about not judging others by the color of their skin or letting cultural differences get in the way of making new friends.

You know, universally applicable lessons about genuine love, tolerance and acceptance of others for children growing up in a free, civil and diverse society.

This has all been flipped on its head in the decades since, of course, as radical critical race theory has taken hold so far within the mainstream culture that it’s being blatantly promoted by a kids’ television channel formerly best known and loved for dumping buckets of slime on unsuspecting game show contestants.

Now, it is one thing for a cable network to dedicate time to issuing brazen (yet dubious) claims about environmental racism, but it’s quite another for the cable network to simply refuse to field criticism over its decision.

It all feels rather reminiscent of a Manhattan private school teacher who was recently maligned and eventually fired for pushing back against the critical race theory-based “antiracism” training that seemed to have permeated the elite institution at every level, with, by his account, pupils earnestly fearing disciplinary action if they disagreed with the premises of the ideologically radical indoctrination.

Critical race theory simply does not accept criticism. This is most likely because the radical, near-conspiracy-theory proposals it makes on race can’t withstand criticism.

No philosophical idea that cannot be criticized or tested should ever be pushed on American children — let alone accepted and perpetuated by our mainstream corporate and academic cultures as a whole.

We have very good reason to be concerned that this ideology is getting all the more common, while it’s getting more and more verboten to question it. 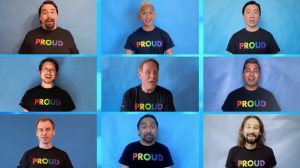 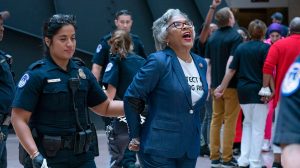 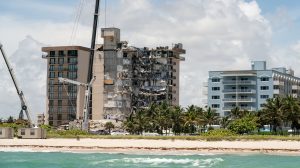 Amanda Milius on the Oscars: Hollywood’s Abandonment of ‘Half of America’ Made It ‘Culturally Irrelevant’
Biden Has Andrew Cuomo Lead White House COVID Calls with Governors