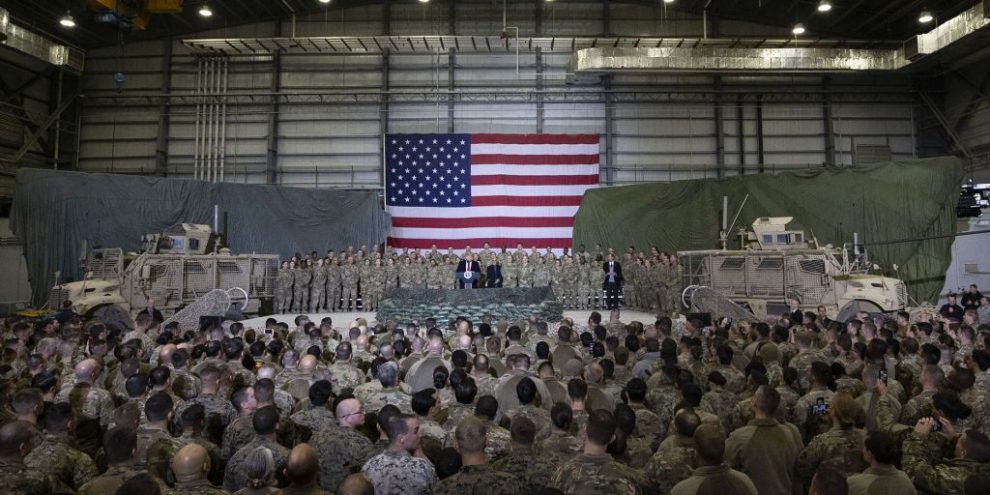 The Newsweek reporter who wrote an inaccurate story about President Trump’s Thanksgiving Day plans has been fired. The outlet’s original story claimed the president only planned on tweeting and golfing during his holiday break, neglecting to mention his trip to Afghanistan.

Newsweek’s Jessica Kwong, whose Twitter handle identifies her as a political reporter “covering Trump administration and family,” initially published the article Thursday morning, before the president’s trip to Afghanistan was announced publicly. The story’s initial headline was, “How is Trump spending Thanksgiving? Tweeting, golfing and more.”

“Newsweek investigated the failures that led to the publication of the inaccurate report that President Trump spent Thanksgiving tweeting and golfing rather than visiting troops in Afghanistan,” a Newsweek representative told the Washington Examiner. “The story has been corrected, and the journalist responsible has been terminated. We will continue to review our processes and, if required, take further action.”

Hours after the president’s trip was announced, Newsweek edited Kwong’s story and added a note at the bottom of it. The beginning of the story now focuses on the president’s trip and his speech to the troops, while the new headline reads, “How is Trump spending Thanksgiving? Tweeting, golfing — and surprising U.S. troops in Afghanistan.”

The note at the end of the story reads, “This story has been substantially updated and edited at 6:17 p.m. EST to reflect the president’s surprise trip to Afghanistan. Additional reporting by James Crowley.”

Trump headed to Afghanistan to surprise U.S. troops on Thanksgiving https://t.co/f7Xeqz1ZGQ Deleting this tweet because it was written before knowing about the president’s surprise visit to Afghanistan-an honest mistake. Story has already been updated, as shown in the screenshot. pic.twitter.com/g9CfPaV2kQ

Rep. Omar says Republicans ‘Would Lose Their Minds’ If A Muslim Woman Was Nominated to SCOTUS Moderator of 2nd presidential debate tweets ‘odd’ message to fierce Trump critic, raises bias concerns Yelp Gets in Business of Social Justice Shaming, Will Out ‘Racist’ Restaurants

Kwong addressed the update on social media tweeting, “Trump headed to Afghanistan to surprise U.S. troops on Thanksgiving https://newsweek.com/trump-thanksgi… Deleting this tweet because it was written before knowing about the president’s surprise visit to Afghanistan-an honest mistake. Story has already been updated, as shown in the screenshot.”

Trump and his son Donald Trump Jr. both weighed in on the story on social media. “Fake news gonna fake!” Trump Jr. said in a tweet with a screen capture of Newsweek’s original headline. The president added, “I thought Newsweek was out of business?”

— —
UPDATE: Kwong put some of the blame for the story on her editor. Read more here.
— —

I thought Newsweek was out of business? https://t.co/3ro4eSJloo 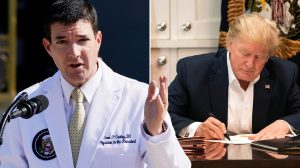 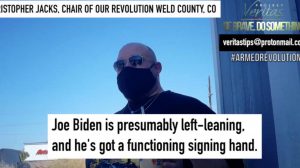