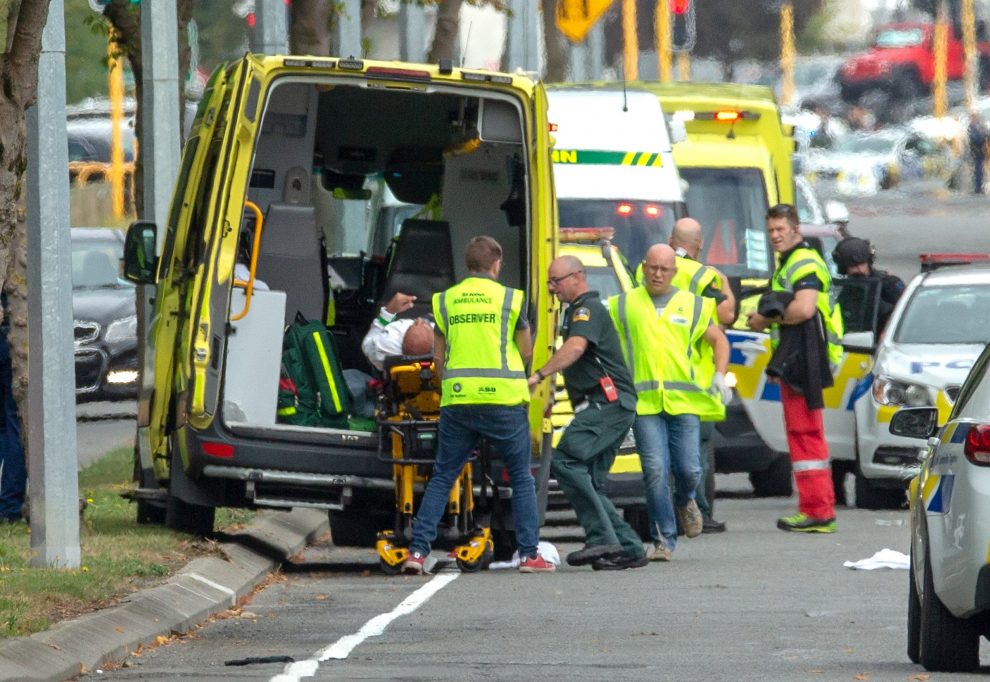 So 49 people dead, many more wounded in a terror attack in New Zealand ostensibly by — and according to Fox News, the graphic at the bottom of the Fox News page moments ago said: “A white nationalist who hates immigrants” performed the dirty deed in New Zealand.

Now, the terrorist published a manifesto. And the manifesto includes the claim from the terrorist shooter that he’s not a conservative, that he’s not a Christian, that he identifies as an eco-fascist, and he adds that he disagrees with Trump on politics. This is an amazing list of things to put in your manifesto. It indicates an awareness of how media is going to tend to report this. And of course media is reporting this, that it is precisely the fault of Donald Trump.

We go to audio sound bite number 4. Last night, CNN Tonight with Don Lemon. Trump was blamed immediately for the New Zealand shooting. Columnist for The Intercept, which is a website, Mehdi Hasan about the mosque shooting in New Zealand. Don Lemon said, “You said before that this kind of thing is personal to you and that it speaks to the violence that’s going on in our culture.”

HASAN: I think, uh, to kind of talk about the story we talked about before in terms of Trump’s rhetoric as well. Western governments for far too long have turned a blind eye to domestic terrorism — to domestic, far-right terrorism. We know from the stats here in the U.S. that there are more attacks, more casualties from domestic terrorist groups, far-right groups than there are, quote-unquote, “jihadist” or “Islamist groups.”

You have Muslim victims of terrorism tonight in New Zealand. Um, I mentioned the attack in Quebec City shortly after Trump was inaugurated. Is there someone out there tonight who’s going to hear Trump’s rhetoric and act on it? Less than six months ago we know one of his big supporters sent pipe bombs in the mail to dozens of people who Trump had personally attacked and demonized. We know that lots of far-right attackers have claimed to be Trump supporters in recent months.

RUSH: No, we don’t know that! This is all made up! We don’t know this! This is their pipe dream. The idea that there is far more crazed, right-wing terrorism in America than there is any other kind is nothing more than a media narrative manufactured out of whole cloth, and it’s just waiting for events like this to take place. And this is what happens, folks.