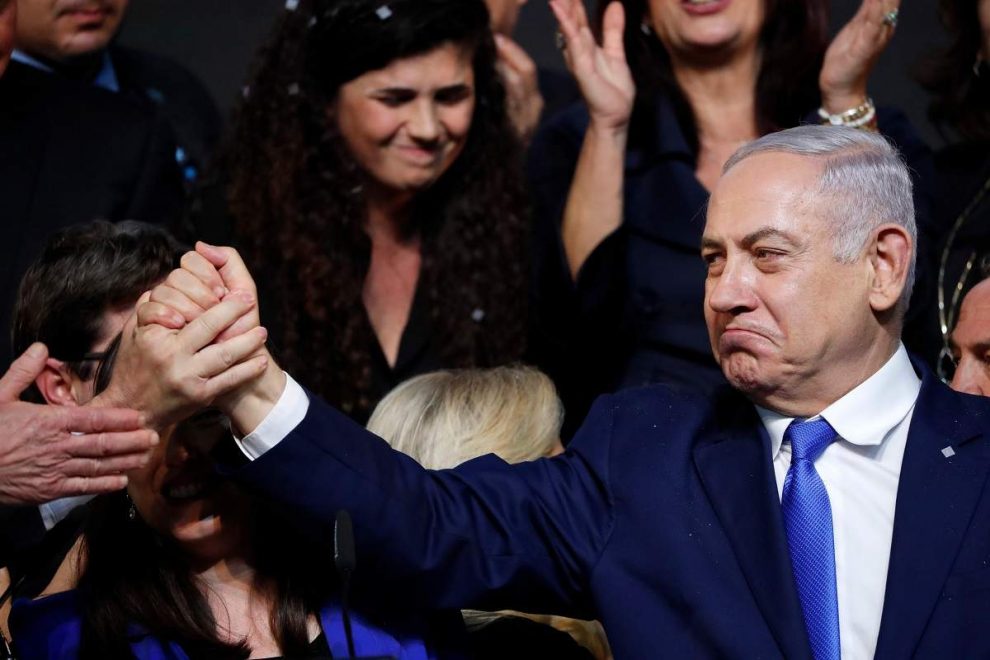 Yet the New York Times had declared the election a “setback” for Netanyahu, based on exit polls that showed Likud losing by a substantial margin to the opposition, led by former Israel Defense Forces (IDF) chief of staff Benny Gantz.

One exit poll showed a possible tie between the right- and left-wing blocs, meaning that Gantz had an opportunity to replace Netanyahu as prime minister.

At 1:00 a.m. local time in Israel on Wednesday morning, with the election still too close to call, the Times tweeted about Netanyahu’s “setback”:

Breaking News: Israel's elections were a setback for Benjamin Netanyahu, exit polls showed. It's unclear if he or his rival will be able to form a government. https://t.co/fVRvWfDkhq

In the article linked by the tweet, the Times elaborated:

Regardless of who becomes the next prime minister, the election has already proven to be a humbling setback for Mr. Netanyahu, 69, who has built a strong economy, kept the country safe and has been promoted by President Trump. It has also placed Mr. Gantz’s new Blue and White party in the position of the main alternative to the right wing, a spot once held by the Labor party.

Yet the “humbling setback” was anything but that. By the time more votes had been counted on Wednesday morning, the Times of Israel reported that Likud had surpassed Blue and White by less than 1% of the vote, and that its tally of 35 seats was “the party’s best result since the 2003 election (when it won 38 seats under Ariel Sharon), and its best under Netanyahu.”

Local journalist Guy Elster criticized the Times on Twitter for its “very poor understanding of the situation”:

NYT says #IsraelElections2019 polls are a "setback" for PM Netanyahu. Very poor understanding of the situation

The Blue and White party will also receive 35 seats, but Netanyahu is likelier to be able to cobble together a governing coalition, as the right-wing bloc is projected to have 65 seats (out of 120) versus 55 for the left-wing bloc.