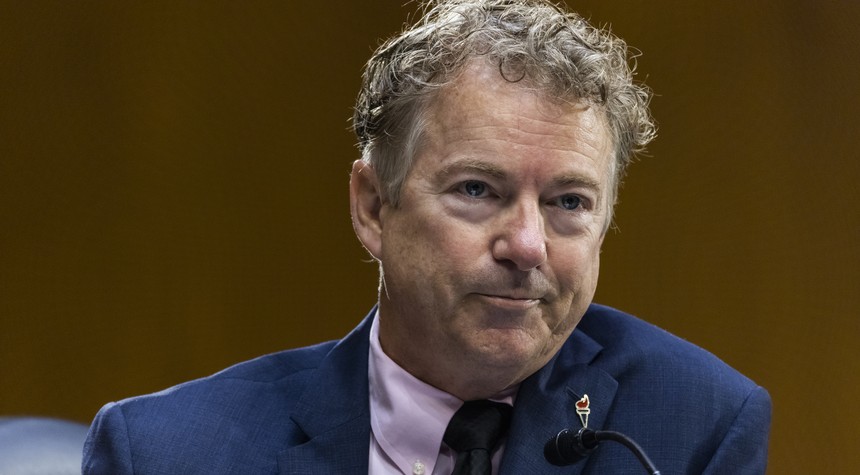 To add to the list of offenses to journalism that the New York Times has committed, witness its clear and present corruption in the way it addresses one political figure and the other.

As Breitbart first pointed out on Monday, the New York Times was showering praise onto First Lady Jill Biden and referred to her as a “doctor.” To be sure, Biden does have a doctorate…of education. It’s not a medical degree. She can definitely fix errors in your writing, but she can’t fix your pancreas, cure your infection, or do surgery on your eyes.

Republican Kentucky Senator Rand Paul can do surgery on your eyes, though. He’s an actual medical doctor specializing in opthalmology, but if you’re a New York Times reader you wouldn’t know that since it’s keen not to mention this fact to you.

On Sunday, the New York Times released a puff piece about Biden and her struggle to help her husband unite the country despite the opposition, including the kind that comes with taking the vaccine. To be fair, the Times points out that Biden is an “English and writing professor,” but still manages to bring up the vaccine issue in the same paragraph:

Dr. Biden, an English and writing professor who made history as the only first lady to keep her career while in the White House, has traveled to 32 states, many of them conservative, to promote school reopenings, infrastructure funding, community colleges and support for military families. She has also traveled to states where low numbers of eligible people have received the coronavirus vaccine.

Now let’s compare that to how the Old Gray Lady referred to Paul when he decided to discuss medical matters, specifically those about the efficacy of masks:

In the video, Mr. Paul says: “Most of the masks you get over the counter don’t work. They don’t prevent infection.” Later in the video, he adds, “Trying to shape human behavior isn’t the same as following the actual science, which tells us that cloth masks don’t work.”

Addressing Jill Biden as “Dr. Biden” isn’t necessarily inaccurate. She does have a doctorate. However, the fact that the media is making much of it, especially when that discussion finds itself in the orbit of viruses, vaccines, and masks, is a clever trick of making her seem like more of an authority than she actually is. Meanwhile, the fact that the New York Times actively kept the word “doctor” as far away from Rand Paul when directly discussing a medical matter reveals how their clever trick has a biased slant.

The end result they want is obvious. Biden: Qualified. Paul: Not Qualified.

The truth is found if you reverse the names, however, pointing that out is apparently sexist if you ask Michell Obama. When this fact was highlighted by conservatives, Obama leaped to Biden’s rescue and, without addressing the obvious contention, decided to dismiss the arguments as a shallow attack on women.

“Right now, we’re all seeing what also happens to so many professional women, whether their titles are Dr., Ms., Mrs., or even First Lady: All too often, our accomplishments are met with skepticism, even derision,” Obama said in an Instagram post about Biden. “We’re doubted by those who choose the weakness of ridicule over the strength of respect. And yet some