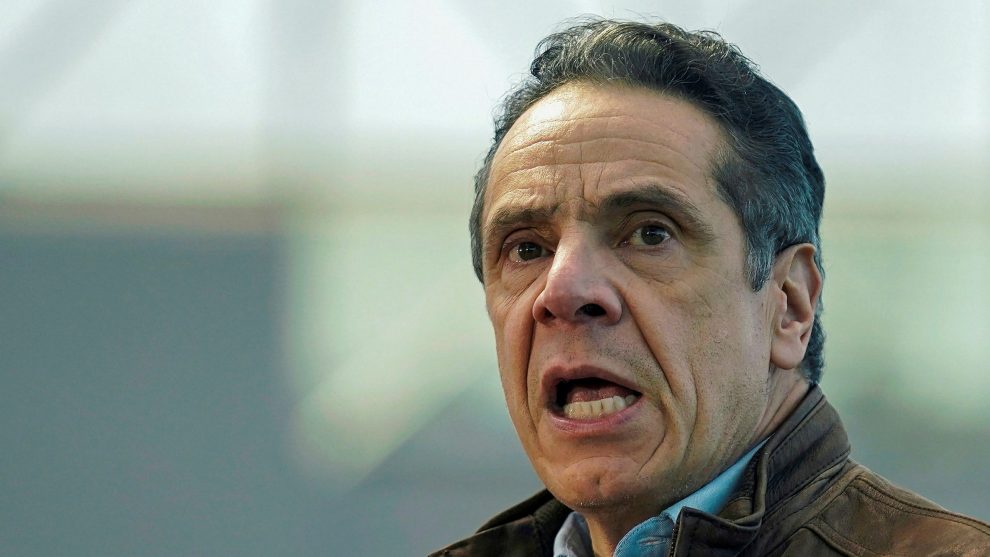 As revelations of the newest allegation against New York Gov. Andrew Cuomo reverberated through the state legislature, lawmakers appear to be gingerly dipping a cautious toe into the waters of impeachment.

Democratic Assembly Speaker Carl Heastie, who in previous statements has questioned Cuomo’s ability to govern given the firestorm created by sexual harassment allegations against the governor but not called for him to step down, announced the beginning of the probe in a statement on his website.

“After meeting with the Assembly Majority Conference today, I am authorizing the Assembly Judiciary Committee to begin an impeachment investigation, led by Chair Charles D. Lavine, to examine allegations of misconduct against Governor Cuomo,” Heastie said.

“The reports of accusations concerning the governor are serious. The committee will have the authority to interview witnesses, subpoena documents and evaluate evidence, as is allowed by the New York State Constitution. I have the utmost faith that Assemblymember Lavine and the members of the committee will conduct an expeditious, full and thorough investigation,” Heastie went on, noting that the lawmakers “will not interfere with the independent investigation being conducted by Attorney General [Letitia] James.”

James is investigating all of the sexual harassment-related claims against Cuomo.

On Wednesday, the Albany Times Union reported that a current aide to Cuomo has said he groped her at the Executive Mansion last year.

Cuomo has denied the newest allegations from an aide whose name has not been made public.

“The Democratic Conference is taking the first step toward impeachment by opening an investigation with full subpoena power to obtain facts and testimonies under oath,” he said in a statement, according to Fox News.

“Some members, including myself, argued that we had enough admission to proceed with impeachment today but the conference is leaning toward setting up the process and structure toward impeachment.”

A report in Gothamist portrayed divisions among Democrats as to how to proceed.

“In tense, hours-long conversations that took place on Thursday afternoon, left-leaning Assembly Democrats tried to force Speaker Carl Heastie of the Bronx, a long-standing ally of Cuomo’s, and other centrists in the body, to vote immediately to impeach the governor, arguing the facts would be deliberated during the State Senate’s subsequent trial, according to multiple members of the assembly,” the New York City-based publication reported.

“Instead, leadership chose to deputize the judiciary committee to start its own investigation into Cuomo’s alleged misdeeds — a move that could take weeks.”

“Some of us do feel like we’re just punting it, and buying the governor time, which is not what we want to do,” he said. “He has shown there’s a pattern of abusive behavior. For the sake of the staff members around him, let’s just remove him so he can no longer be a threat to others.”

The New York Post reported that the probe will also investigate the apparent cover-up of COVID-19 deaths of nursing home residents. Multiple accounts have said that the Cuomo administration gave a low estimate deliberately, something that was only revealed by an instigation by the state attorney general’s office.

Republicans earlier this week had called for impeaching Cuomo, but as the week has gone on, more and more Democrats have supported either impeachment or Cuomo’s resignation.

As of Thursday, at least 121 members of the state Assembly and Senate have either questioned whether Cuomo can continue to govern or called for him to step down, according to Fox. That tally includes 65 Democrats and 56 Republicans.

New York state Democratic Party Chair Jay Jacobs indicated that the latest allegation was a turning point and called for an investigation.

“Faced with another serious and disturbing allegation, revealed last evening in an article in the Times Union, it has become even more imperative that all of these matters be thoroughly investigated,” Jacobs said in a statement.

“I recognize that within our Party there have been differing views as to how we should proceed and as to what course of action the Governor should take,” he added. “I respect the personal decision made by Senate Majority Leader Andrea Stewart-Cousins and a large number of Democratic lawmakers calling for the Governor’s resignation.”

In an analysis of the backstage maneuverings surrounding Cuomo published in New York magazine, David Freedlander said caution remains an integral part of the state’s political culture, particularly in the weeks before the state budget is adopted when lawmakers want projects funded in a process where the governor is a major player.

“Lawmakers still fear retribution for speaking out against the governor, who suggested at a press conference on Saturday that if allegations against him get publicly aired, then perhaps the same should be true for them. Many Assembly Democrats I spoke with plainly said they do not like the governor’s bullying style, and wouldn’t mind seeing him gone, but wonder about the precedent it would set to remove a sitting governor,” Freedlander reported.

“There are some of my colleagues who are loyal to the party, who see this as something cooked up by the Republicans,” said an unnamed Assembly member who supports removing Cuomo. “But there is still just such a culture of fear around here. People care about their budget items and their pet projects, and nobody knows what happens when you cross Cuomo.”