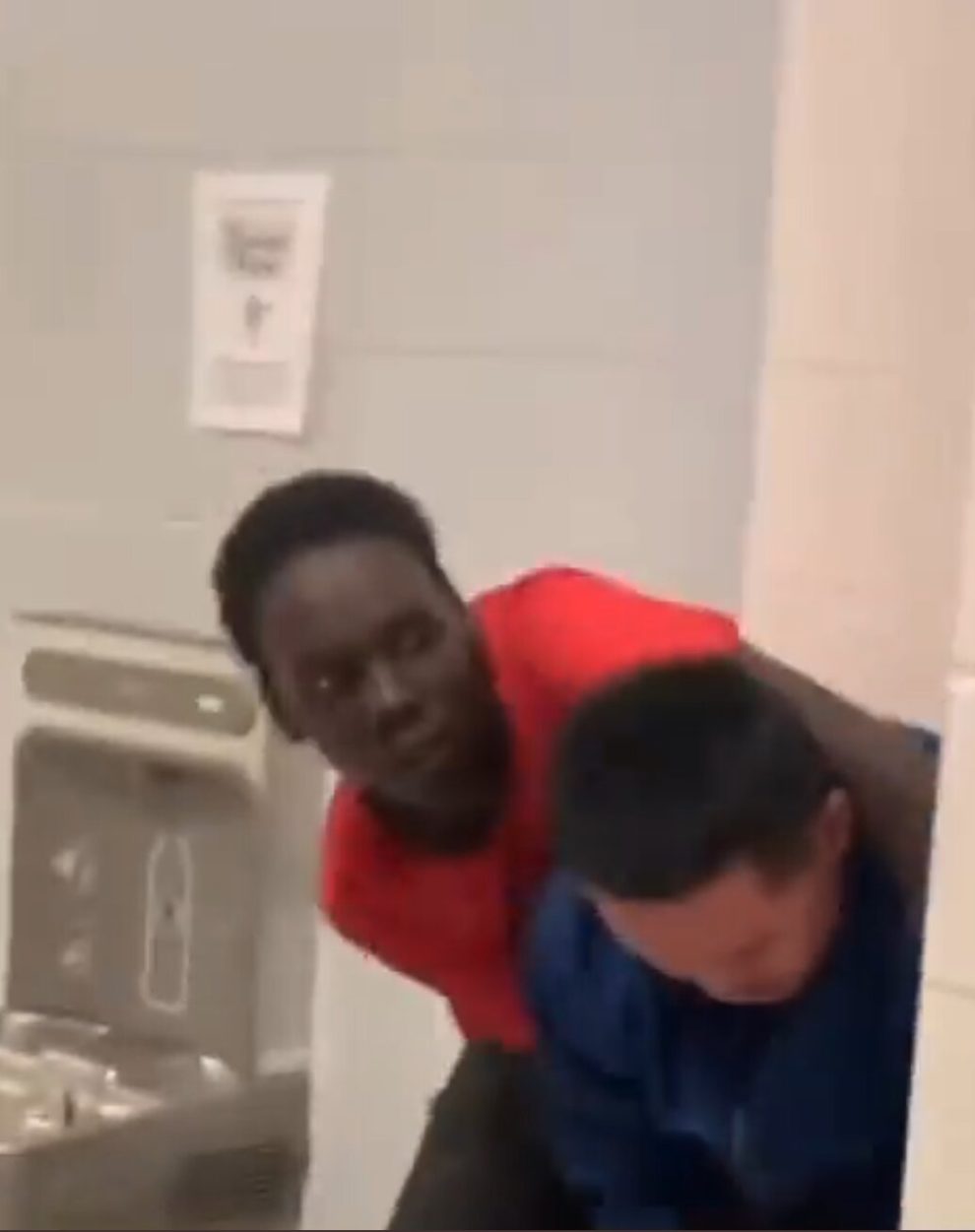 A student at Proctor High School in Utica, New York was jumped from behind on Monday by a fellow student who repeatedly stabbed him. Amazingly, the victim was able to protect himself from further stabbings until teachers came and disarmed the attacker and broke off the attack.

The stabbing was filmed by students who did not try to physically intervene the attack as the student was armed with a knife. However they repeatedly urged the attacker to drop the knife.

The victim was hospitalized with non-life threatening injuries. The school has metal detectors.

On October 31, 2022 at approximately 10:50AM a stabbing assault occurred at Proctor High School.

At that time Proctor teaching staff were notified of a fight occurring in the first floor hallway. As they approached the altercation, they noticed that one party, a 17 year old male, was actively stabbing the victim, an 18 year old male. The teachers took immediate action, without regard for their safety, and attempted to separate the two parties. The teachers grabbed the suspect and forcibly disarmed him, and held him until security staff arrived. The suspect was then immediately removed from the scene and brought to a secure area.

Immediate medical care was provided to the victim, who was suffering from multiple stab wounds to his back and hands. School nursing staff then provided aid until the Utica Fire Department arrived and transported to the victim to a local hospital. Thankfully, his injuries are not considered life threatening at this time.

We are aware that there were several student witnesses to the incident, as well as cell phone videos that were taken during the altercation. We ask that if any of those students wish to come forward to with that evidence, to please contact your Assistant Principal or counselor and they will contact the Utica Police Department. Additionally, if any student is traumatized by the incident, please inform the same officials and any and all assistance will be provided to you.

For the remainder of the week, the Proctor High School campus will remain closed. Students will not be allowed to exit the building during free periods and for lunch. This process will be re-evaluated next week.

The Utica Police Department will have an increased presence both within the school building and outside.

We understand that many questions will be raised throughout this process, and we will be as transparent with the answers as we can. The safety and security of our students and staff remains the number one priority, and we will never stop striving to ensure that happens.

Video: “kid really said “it’s over for you” and didn’t even had the knife open. The Asian kid would of die from that stabbed to the neck and shoulder. Asian kid did a excellent job with grabbing the knife and controlling the hands. Asian kid is an Karen (sic) refugee.”

kid really said “it’s over for you” and didn’t even had the knife open. The Asian kid would of die from that stabbed to the neck and shoulder. Asian kid did a excellent job with grabbing the knife and controlling the hands. Asian kid is an Karen refugee. @RenerGracie pic.twitter.com/2hCbJINuZP