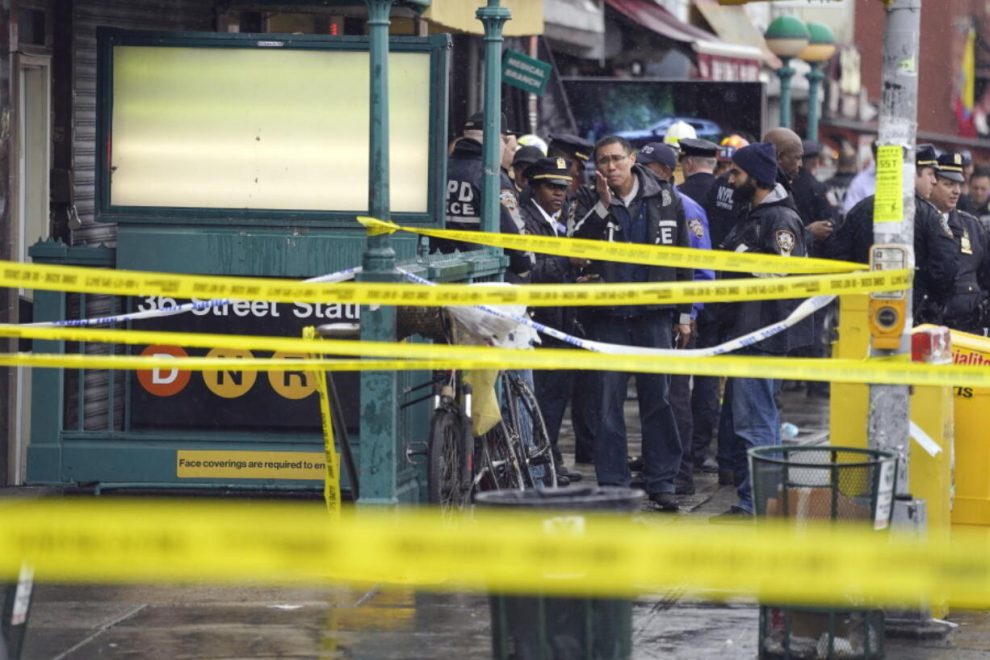 Five people have been shot and injured in the New York City subway system Tuesday morning just prior to 8:30 AM, according to emerging reports.

UPDATE 2: The Associated Press reports at least 10 people were shot and “29 in all were treated at hospitals for gunshot wounds, smoke inhalation and other conditions.” Police also reportedly “found a rental truck possibly connected to the violence.”

UPDATE: CNN reports FDNY spokesperson Amanda Farinacci indicates “Eight people were shot and eight others were injured following a shooting at a Brooklyn subway this morning,”

The New York Post reports police think the attacker set off a “smoke grenade” before discharging the weapon.

The Post notes “at least five people were shot in the third car of the train and others were injured by smoke inhalation. A pregnant woman was among those hospitalized.”

NBC New York identifies the location of the incident as the Brooklyn subway station and notes that “several law enforcement sources said the shooter may have thrown a device before opening fire.”

The New York Times reports while investigators are unsure if explosives were detonated during the attack they have ascertained since “that no active explosive devices had been found at the scene.”

I have been briefed on this developing situation in Brooklyn. First responders are on the scene and we will work with @MTA & @NYPDnews to provide updates as the investigation continues. https://t.co/dM2hKnhoql

Police are searching for the attacker, who is described as being “5 feet 5 inches tall and 180 pounds…[and] wearing a gas mask and an orange construction vest.”

Suspect is wearing a gas mask and is on the run.pic.twitter.com/2hWjvjUXI4