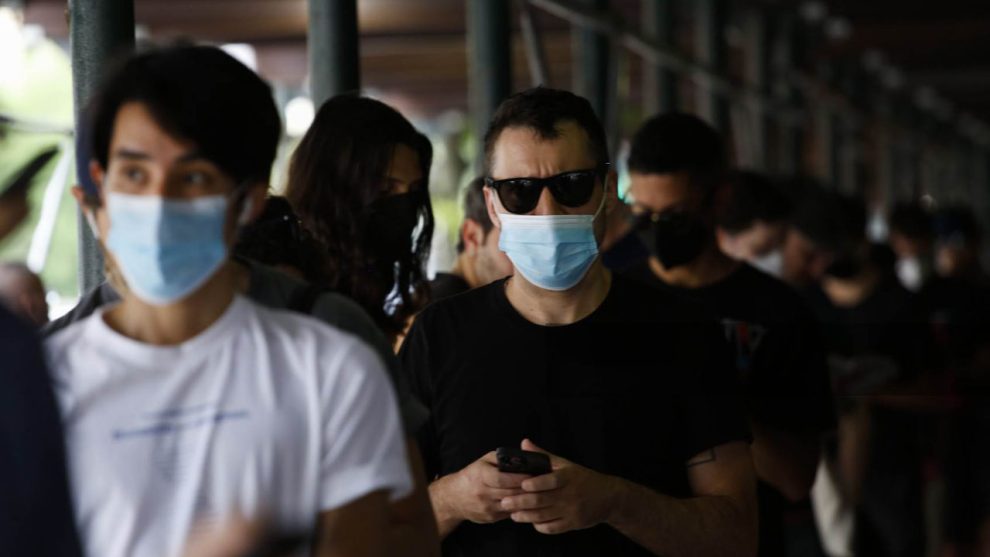 NYC Health Commissioner Ashwin Vasan toured one of the sites in Bushwick, Brooklyn, on Friday to highlight how the city is addressing the spread of the virus that has infected almost 500 people, many of them gay men, the demographic that is seeing the highest number of infections.

The health commission tweeted on Friday about the outbreak:

The local CBS affiliate reported on the development:

The three sites are by appointment only. They’re located as Aviation High School in Queens, Bushwick Education in Brooklyn and Bronx High School of Science.

More than 9,000 appointments were available on the city’s online portal Friday, but were fully booked within minutes. The Health Department said more doses from the federal government are expected to arrive this week.

About 4,000 additional doses will be made available through referrals by community partner organizations that serve high-risk patients.

Stay informed about monkeypox: learn about common symptoms, what typical monkeypox rashes look like, and how it spreads so you can protect yourself and your community. Our website is always updated with the latest information in New York State: https://t.co/Zw40KuEFOx pic.twitter.com/p5H6SEA4ZH

“We need resources out here in the Bronx to be able to combat, attack monkeypox before it becomes a problem because as far as I’m concerned, the rate is insane,” Lu Espinal, a Norwood resident, said in the CBS report.