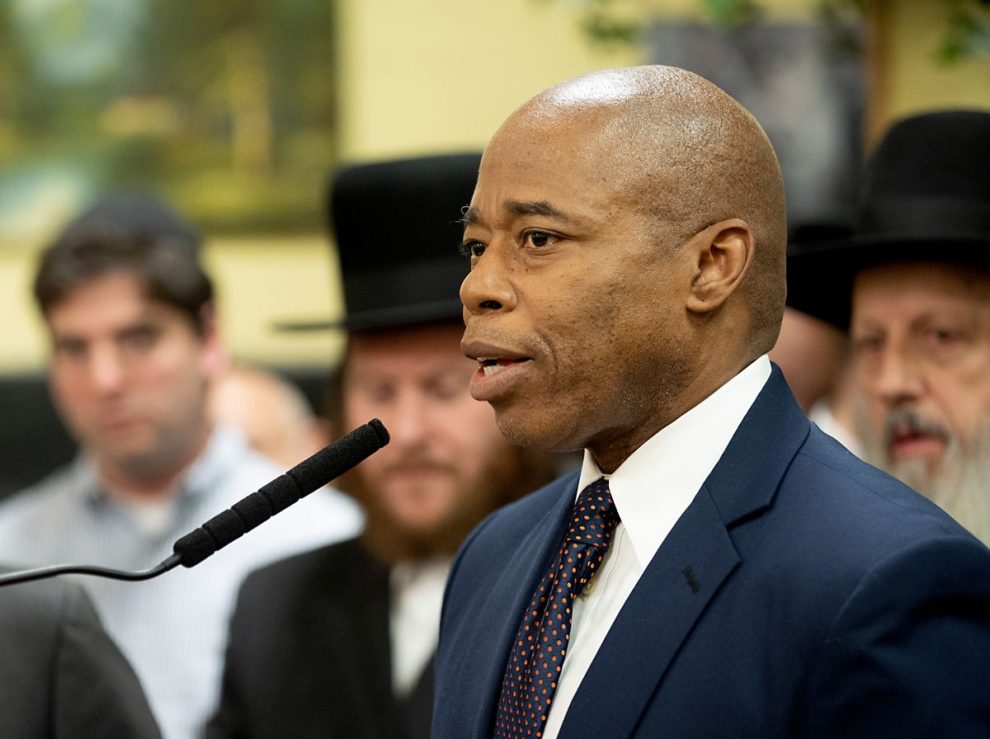 New York City Mayor Eric Adams (D) witnessed a fight and called 911 to report the incident during his first commute to City Hall as mayor.

Eric Adams, being followed by numerous reporters but no security detail, spotted three men fighting on the street “outside the J train station on Kosciuszko St. in Bedford Stuyvesant” around 8:00 a.m. Saturday, the New York Daily News reports.

“Once a transit cop always a transit cop,” Adams said as he watched the men who were arguing, according to the New York Post. The argument then escalated to a physical altercation.

“Here we go. I knew it was only a matter of time, that’s why I kept looking at it,” Adams told reporters.

Hours after being sworn in, the new mayor picked up his phone and dialed 911.

“I’m at Broadway and Kosciuszko and I have an assault in progress,” Adams told the 911 operator. “(There’s) three males.”

Adams repeated himself after an apparent miscommunication with the operator.

“No, assault in progress. Not past assault,” he said, per the New York Post. “They are fighting each other on the street right now.”

At the end of the call, the former NYPD captain identified himself as “Adams, Mayor Adams.”

Two men got into a vehicle as two patrol cars arrived within five minutes of Adams’s call, according to the Post. Officers neglected to question the two who entered the car, but questioned the third man while remaining in their vehicles, the Associated Press reports.

Adams explained the officers should have conducted a more thorough investigation of the matter, per the Post. He added he planned to use the situation as a teaching moment later when he was scheduled to visit the officers with the 107th Precinct in Queens.