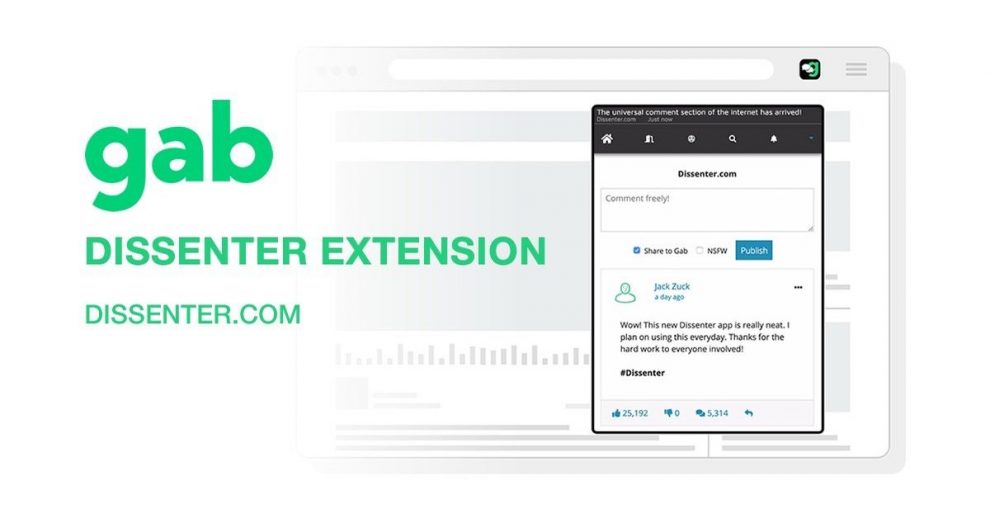 A new web tool released late last month by the creators of social network Gab touts itself as the “Wild West of the internet,” promising free, unmoderated discourse across all platforms.

The application, aptly named “Dissenter,” comes in the form of a browser extension and effectively creates an open comment section on every single web page on the internet. The catch: there is nothing website owners can do to modify, manage, or otherwise control the conversation.

Users can install the open-source extension to a number of the most popular web browsers, including Google Chrome and Firefox. Once installed, users can then access a completely unmoderated comment board for each unique web address on the internet.

Because these comment sections are hosted by Gab, and simply indexed to individual webpages, users have the freedom to discuss tweets, YouTube videos, news articles, and more without the threat of censorship that comes with commenting on the platforms themselves.

“Dissenter has become a necessary tool due to rampant corporate censorship of ordinary internet users, whether that takes the form of YouTube demonetizing millions of videos and removing comment sections, Facebook and Instagram banning British activist Tommy Robinson for his political opinions, or Netflix banning comedy shows at the behest of Saudi princes,” said Gab CEO Andrew Torba in a statement announcing the launch of the platform.

Torba later added that the tool is needed now more than ever, claiming that it “puts the power back in the hands of The People to shine a light on propaganda, lies, censorship, corruption, and sophistry across the web.”