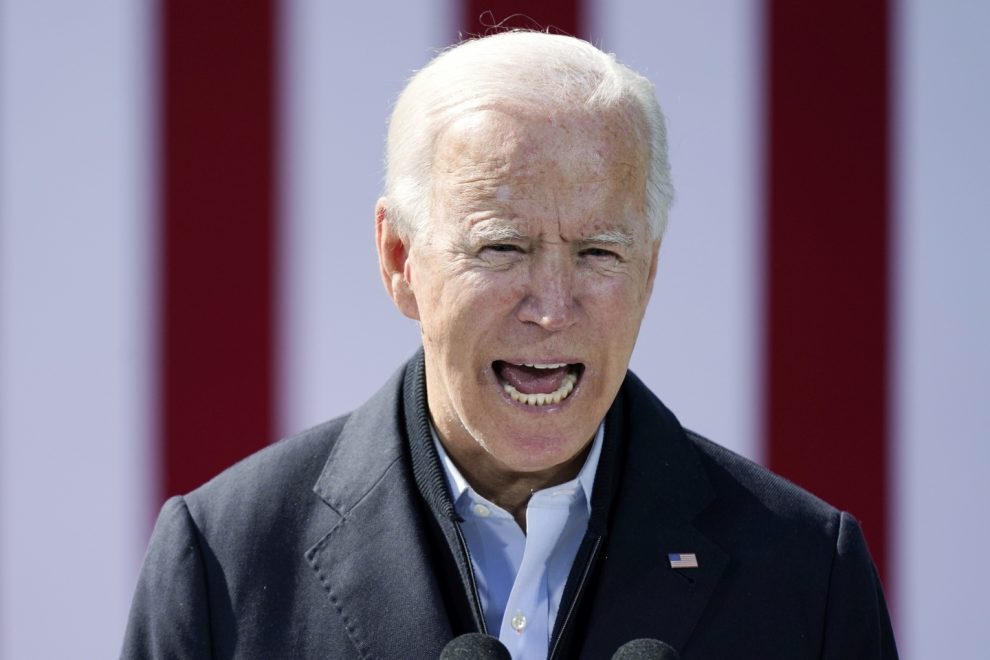 The study concludes that Biden’s interventions would, among other things, distort labor incentives, decrease productivity, and kill jobs.

Sympathetic media outlets have repeatedly asserted that Democratic presidential nominee Joe Biden’s tax agenda would only hurt the wealthy. But a new study shows that Biden’s tax and regulatory agenda could seriously hurt the economy overall.

As a result, the experts project that the policy agenda would, by 2030, lead to 4.9 million fewer jobs and the economy shrinking by $2.6 trillion. So, too, the study projects that consumption would be $1.5 trillion lower in 2030 and families would see a $6,500 drop in median household income compared to a neutral scenario.

“The risk from Joe Biden’s policies isn’t that they will send the economy reeling right away,” the Wall Street Journal editorial board concluded in its analysis of the study. “The problem is that they will have a long-term corrosive impact by raising the cost of capital, reducing the incentive to work and invest, and reducing productivity across the economy. Americans will pay the price in a lower standard of living than they otherwise would—and that they deserve.”

The Editorial Board: A new study on Biden’s tax, health-care, energy and regulation proposals predicts $6,500 less in median household income by 2030. https://t.co/IYJv90cqTT

It’s crucial to understand not just what Biden’s government-heavy agenda would do to the economy, but why.

Tax hikes hurt the economy because they reduce incentives to work and produce.

“Taxing profits is tantamount to taxing success,” famed free-market economist Ludwig Von Mises once wrote. “Progressive taxation of income and profits means that precisely those parts of the income which people would have saved and invested are taxed away.”

Biden has promised to raise the corporate tax to 28 percent. Higher corporate taxes means less money available for investment, expansion, and new hiring—“taxing success,” as Mises wisely dubbed it. This means fewer jobs and lower wages for workers, as well as fewer offerings (especially of innovative new products) and lower quality for consumers.

This is why, while corporate tax hikes might sound like something that would just hurt “Big Business,” in reality, the costs would be passed on to consumers and workers. According to the Tax Foundation, “studies appear to show that labor bears between 50 percent and 100 percent of the burden of the corporate income tax, with 70 percent or higher the most likely outcome.”

Considering this, it should come as little surprise to see economists projecting negative economic consequences as a result of Biden’s hefty tax hikes.

As far as heavy-handed regulations are concerned, they create a drag on the economy by imposing additional costs and stifling innovation. The more red tape and hoops companies and entrepreneurs have to jump through and comply with, the less likely they are to discover new ideas and make breakthroughs. So, too, the more regulated an industry, the harder it is for start-ups to take on the big established companies that can better weather the costs of regulation.

Yet the real takeaway from this Stanford study is not about any one candidate, policy, or party. It’s another reminder that free markets and economic liberty drive prosperity—but heavy-handed government interventions hurt more than they help.