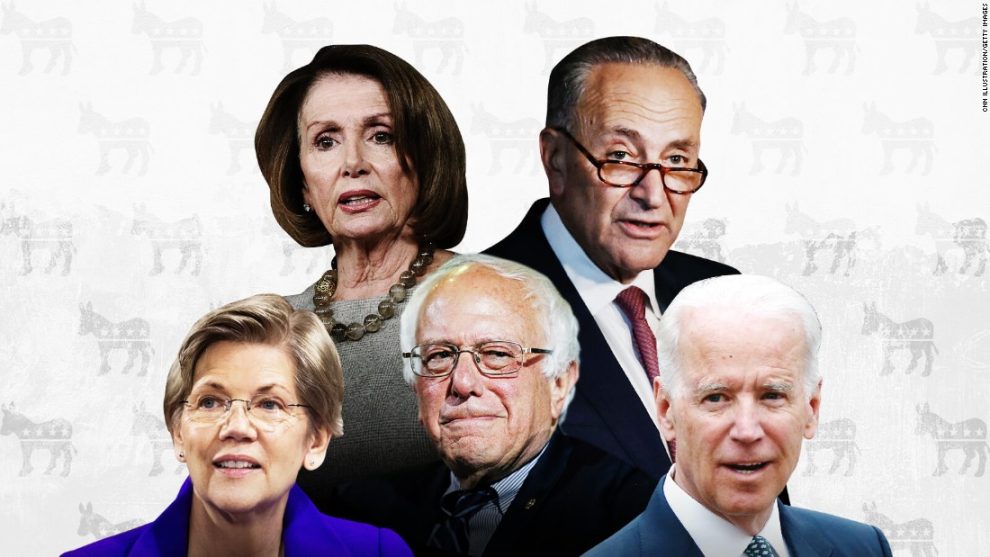 Poll after poll is showing Democrats in big trouble going into the midterms. Democrats have been trying to save themselves — not concentrating on policies or actions that would help make things better for the American people, but trying to smear Republicans as somehow “attacking democracy,” with their “ultra MAGA” demonizing and spreading nonsense against Republicans with the Jan. 6 Committee.

But even after all those efforts, a new Fox poll is showing that they have failed. The poll has some interesting data points but the one that immediately jumps out is that when it comes to the “preservation of American democracy,” the American people prefer the Republicans.

Republicans are winning the “preserve Democracy” argument with votershttps://t.co/BeZaeYMQLU pic.twitter.com/hdX5oC0AZT

It’s not hard to believe why when you see Democrats encouraging protests at the homes of Supreme Court justices, being in favor of packing the Supreme Court, trying to get rid of the Electoral College, and creating things like a Disinformation Governance Board. The wonder is why the number isn’t higher for the Republicans. But what it does show is how Democrats’ propaganda is not going over with the American people.

The American people are also not buying that whole “Putin Price Hike” thing that Joe Biden has been talking about nor are they buying Biden’s claim that the economy is doing well.

Eight-two percent of voters rate the economy negatively, including 57% who describe it as poor — the highest in a decade.

When asked to offer a more general assessment of their economic mood, 65% say they feel pessimistic. That’s an 18-point increase since last year, and up 30 points from four years ago.

Nine in 10 report the cost of food and gas are a problem for their family. That includes majorities who say current grocery (55%) and gas prices (67%) are a “major” problem. For voters in households earning less than $50,000 annually, nearly three-quarters call gas prices a major problem (72%). And by a 50-32% margin, more voters say President Biden’s policies are responsible for current gas prices than blame Russian President Putin’s war with Ukraine.

Those last numbers are just a killer for the Democrats because on the issues that people care about, with inflation being number one, the Republicans are running away with it.

They have an R+19 on inflation. The reason for that big number? Independents give Republicans a 30-point preference over Democrats, another good sign.

The poll also shows Republicans have the edge on enthusiasm as well — 47 percent to 44, with similar numbers on the preference for Republicans on the generic ballot. We noted how important this was in the CNN take on the generic ballot from their senior data reporter Harry Enten. Fox is predicting a 23-seat gain, which is in line with Cook Political Report’s numbers of 20-35. 23 doesn’t sound as high as you might think it should given all the data points pointing to an enormous wave, but Republican pollster Daron Shaw explained why it’s higher than it sounds.

“In historical terms, if the GOP picks up roughly two dozen seats it would be about average for the out-party in a midterm,” says Shaw. “However, 2020 Republican gains in the House and pro-Democratic gerrymandering significantly constrain what is possible in 2022, such that some statistical models estimate a 23-seat swing would be comparable to winning 50+ seats in a normal midterm. In other words, given the context of 2022, a Democratic loss of two dozen seats would be — to paraphrase former President Obama, a shellacking.”

I know that’s what they say, but I still feel it’s going to be higher, given every data point is through the roof on this.

So even with all the bull that Democrats are slinging, the American people just aren’t buying it.