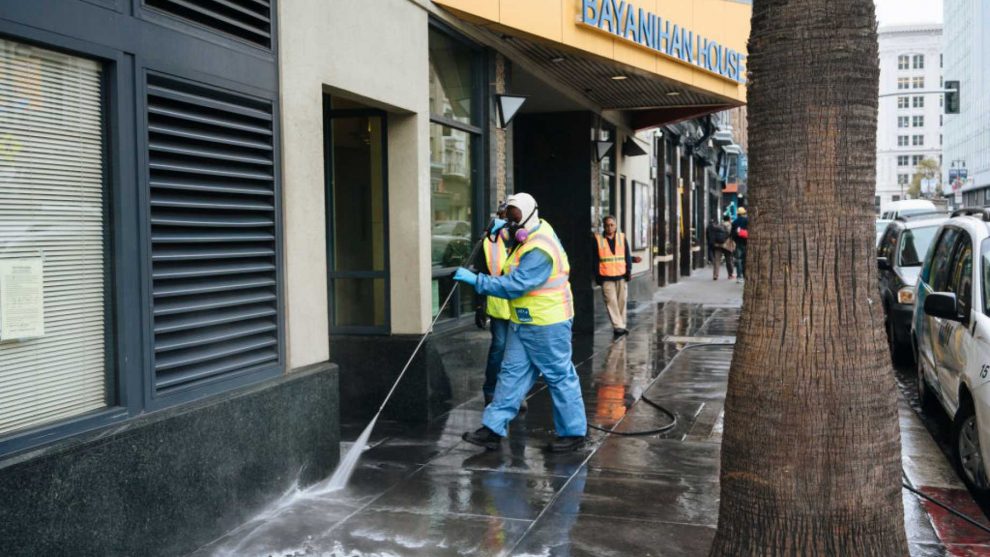 For those thinking of visiting San Francisco there is one item that is vital to take along, according to an interactive map of the city: a pair of old boots.

The interactive map from the data company Open The Books shows every place in the city where human waste has been reported since 2011, placing brown pins to mark the spots, and the result is a steaming mess: the brown pins virtually cover every spot of the city. Over the last eight years, 118,352 places with poop have been reported. As Forbes notes:

The problem was exacerbated in the past when Mayor Willie Brown terminated ordinances; city district Attorney Terence Hallinan would not prosecute “victimless” crimes involving drugs and prostitution.

A report from the Office of the Controller stated, “Service requests related to human waste increased across all Supervisorial Districts in San Francisco in FY 2015-16, and at a rate well above the average growth in overall SF311 use. District 6 (in Zone B) had far more service requests related to human waste than any other district – three-times as many as the next highest count in District 9 (Zone D) – and nearly 30 percent more requests compared to FY 2014-15. This change appears to be driven mostly by additional reports along Market Street, south of 8th Street between Mission Street and Howard Street, and the area south of Hayes Valley between South Van Ness and Central Freeway/Octavia Boulevard. Additionally, data from Public Works showed an increase of 13.5% in service orders generated from public service requests.”

San Francisco Public Works has a $72.5 million-a-year street cleaning budget — including spending $12 million a year on what essentially have become housekeeping services for homeless encampments. The costs include $2.8 million for a Hot Spots crew to wash down the camps and remove any biohazards, $2.3 million for street steam cleaners, $3.1 million for the Pit Stop portable toilets, plus the new $830,977-a-year Poop Patrol to actively hunt down and clean up human waste.

See also  Astonishing Testimony From Dr. Birx Lost Amid Landmark SCOTUS Rulings
→ What are your thoughts? ←
Scroll down to leave a comment: