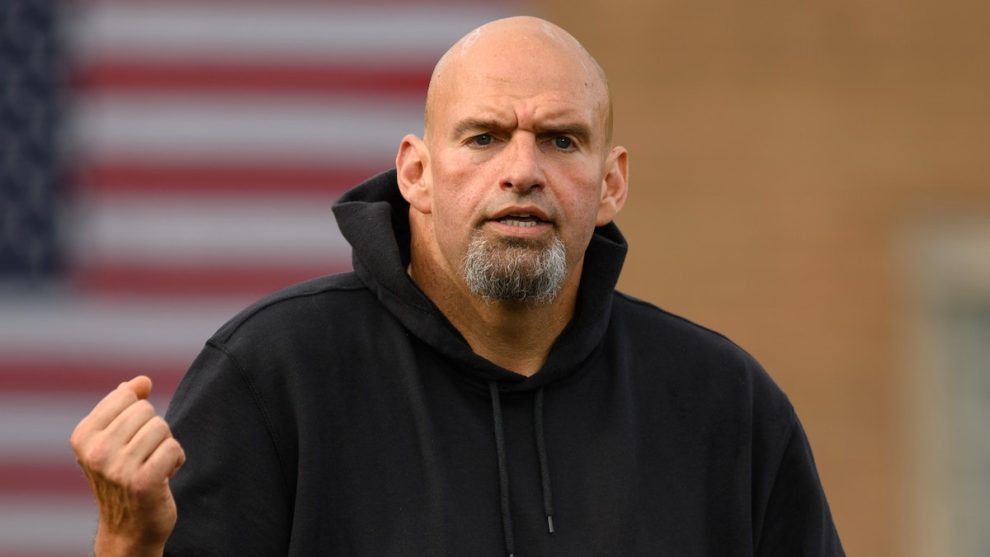 A video clip of remarks made during a Labor Day speech in Pennsylvania by U.S. Senate candidate John Fetterman (D-PA) has added additional fuel to the controversy surrounding his fitness for office following his stroke earlier this year.

The clip comes as Fetterman avoided the campaign trail for most of the summer and has repeatedly sought to wiggle out of having to debate his opponent, U.S. Senate candidate Dr. Mehmet Oz (R-PA).

“Send me to Washington, D.C., to send–, so I can work with Senator Casey,” Fetterman said during his speech on Monday. “And I can champion the union way of life–, in Jersey, excuse me in D.C. Thank you. Thank you very much. And it’s an honor–, I live eight minutes away from here. And when I leave tonight, I got three miles away, Dr. Oz in his mansion in New Jersey, you’ve got a friend and you have an ally. Send me to Washington, D.C.”

Fetterman can barely even talk. This is just sad. pic.twitter.com/KDYIqrkqj0

“Fetterman had a stroke and absolutely cannot debate anyone,” former Acting Director of National Intelligence Richard Grenell said in response to the clip. “His staffers’ strategy is to hide him – and fake it to put one over on the people of Pennsylvania.”

“Dude, this guy is a wreck,” attorney and columnist Kurt Schlichter responded.

“Can you imagine the breathless @brianstelter et al. commentary about this, had Trump or some other Republican spoken like this?” reporter Jim Stinson said.

Other clips of Fetterman that have gone viral on social media since he suffered the stroke have also showed him struggling while talking.

John Fetterman is not okay. pic.twitter.com/3xiQwiBaT3

John Fetterman today held his second rally since having a stroke in which he spoke for less than 5 minutes.

Here are the highlights. pic.twitter.com/lwo40YWcZi

The Daily Wire’s Ben Shapiro previously called Fetterman a “professional useless person,” noting that the media has made him appealing because they have portrayed him to be “authentic.”

“He’s authentic, don’t you know? Authentic, you see, means you wear Dickies, and your aides tweet snarky things about your opponents,” Shapiro said. “Most of all, according to the media, authentic means you are radically unsuccessful. You are a giant loser — like a giant who is a loser, and also a giant loser.”

“To be a true rebel, you have to show you’re actually a giant loser, and that you’ve never done a thing of actual economic value for any other human being,” Shapiro continued. “You have to leech off your parents while in public service. You have to be a professional useless person.”