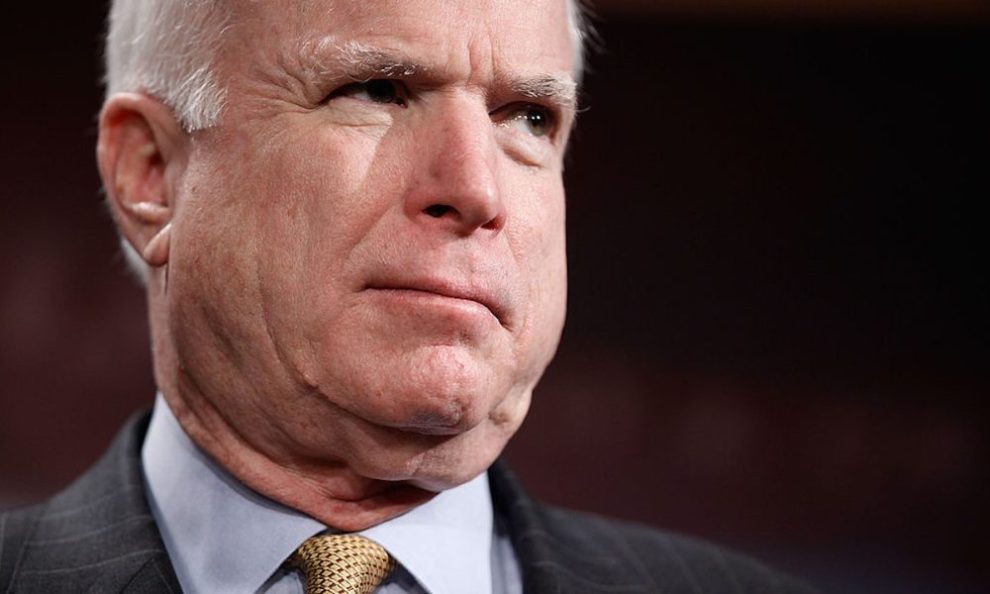 The official Twitter account for the Libertarian Party of New Hampshire took a beating on Friday for suggesting that people should celebrate the death of the late Senator John McCain (R-AZ) as they would any other holiday.

The account posted a photo from the late senator’s funeral — with his daughter Meghan McCain standing beside the casket in tears — and added just two words by way of a caption: “Happy Holidays.”

Meghan McCain responded to the tweet with several thoughts — first taking aim at Twitter ostensibly for allowing such a hateful tweet to remain posted on the platform. “This is hideous – even by Twitter’s standards,” she said.

She then turned on the Libertarian Party of New Hampshire, saying, “This is the official twitter account of the state of New Hampshire’s Libertarian political party. I really fear for the future of the world and how we have come to treat each other — especially on social media. I hope no one ever does anything like this to any of you.”

I really fear for the future of the world and how we have come to treat each other – especially on social media.

I hope no one ever does anything like this to any of you. https://t.co/ioIjq3kxv0

“I’m actually sadly used to this type of thing – my public grief and pain have become something comedians make YouTube videos about as ‘comedy.’ The worst part is what this does for other people in severe pain and grief – god forbid anyone displays it publicly and its documented,” she added.

She concluded with a series of posts addressing the photo itself — and anyone else who might be feeling the same kind of pain that was documented there. “This photo is the most pain I’ve ever been in — physically, emotionally — worse than any moment of childbirth. I thought it was going to kill me. But I didn’t and it made me the woman I am today. I’m made of steel. To anyone who feels like I did here, it passes, I truly promise,” she said, adding, “I promise anyone who is in the horrific, iron gripped jaws of grief — with time it gets softer and less intense. That’s it for tonight but I’m just not going to be harassed for being sad at my dads casket or let anyone else feel ashamed of their pain. The world deserves better.”

Utah Congressional candidate January Walker added, “Politics is cruel, but there’s no reason to perpetuate cruelty against each other.”

“This is classless, cruel, subhuman garbage What the f*** is wrong with you?” Army veteran Alex Plitsas asked.

Congressman Adam Kinzinger (R-IL) didn’t hold back either: “This is why the libertarian party gets 1 percent. They have no soul it seems. Good luck pretending your twitter was hacked, Satan club.”