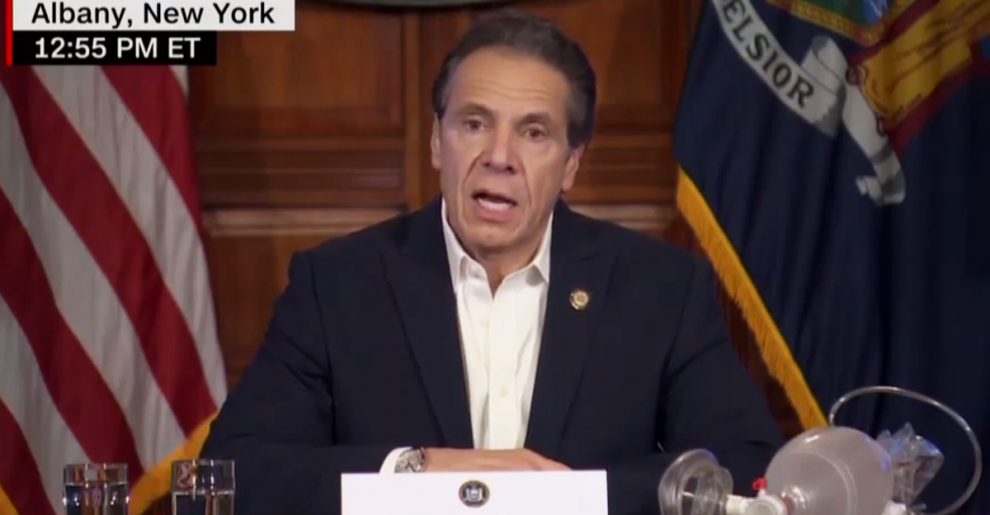 “Andrew Cuomo’s hands had been on my body — on my arms, my shoulders, the small of my back, my waist — often enough by late 2014 that I didn’t want to go to the holiday party he was hosting for the Albany press corps at the executive mansion,” she wrote in a column for New York magazine posted Friday.

“I was 25 years old and working as a statehouse reporter for what is now Politico New York. I had been on the Capitol beat for a couple years by then, but I was still among the youngest reporters in the press corps, and one of the few women in the group whose job it was to report on the governor’s every move.”

Bakeman said she had walked up to Cuomo to thank him for the invite.

“He took my hand, as if to shake it, then refused to let go,” she said. “He put his other arm around my back, his hand on my waist, and held me firmly in place while indicating to a photographer he wanted us to pose for a picture.”

She said she realized it would be “easier to smile for a brief moment it takes to snap a picture” than to challenge him.

“I was wrong to believe this experience would last for just a moment,” she said. Keeping his grip on me as I practically squirmed to get away from him, the governor turned my body to face a different direction for yet another picture. He never let go of my hand.

“Then he turned to me with a mischievous smile on his face, in front of all of my colleagues, and said: ‘I’m sorry. Am I making you uncomfortable? I thought we were going steady.'”

Bakeman said she was left humiliated by the incident, but never thought Cuomo wanted to have sex with her.

“He wanted me to know that he could take my dignity away at any moment with an inappropriate comment or a hand on my waist,” she said.

Bakeman claimed it was not the first time she was sexually harassed by Cuomo.

She recalled another incident while at a reception at the mansion two years earlier when she encountered Cuomo, who was encircled by her male colleagues. At the time, Cuomo was discussing how he watched “the waters of Superstorm Sandy pour into the World Trade Center memorial site,” she said.

“The only opening in the circle was right next to the governor, so I hovered outside the perimeter and listened,” Bakeman said. “Without pausing his anecdote, he took my hand, pulled me into his body and put his arm around my shoulder. He left it there, and kept me pinned next to him, for several minutes as he finished telling his story.

“Sexual harassment is so ubiquitous in Albany we often don’t call it what it is. In the course of my reporting, Cuomo never let me forget I was a woman.”

And she added: “I can speak out because I have ‘survived’ Camp Cuomo. The others are still living it.”

Six other women have already accused Cuomo of sexual harassment or groping them, including Ana Liss, a police and operations aide, who said Cuomo asked her if she had a boyfriend, called her sweetheart, touched her on her lower back at a reception, and once kissed her hand when she rose from her desk.