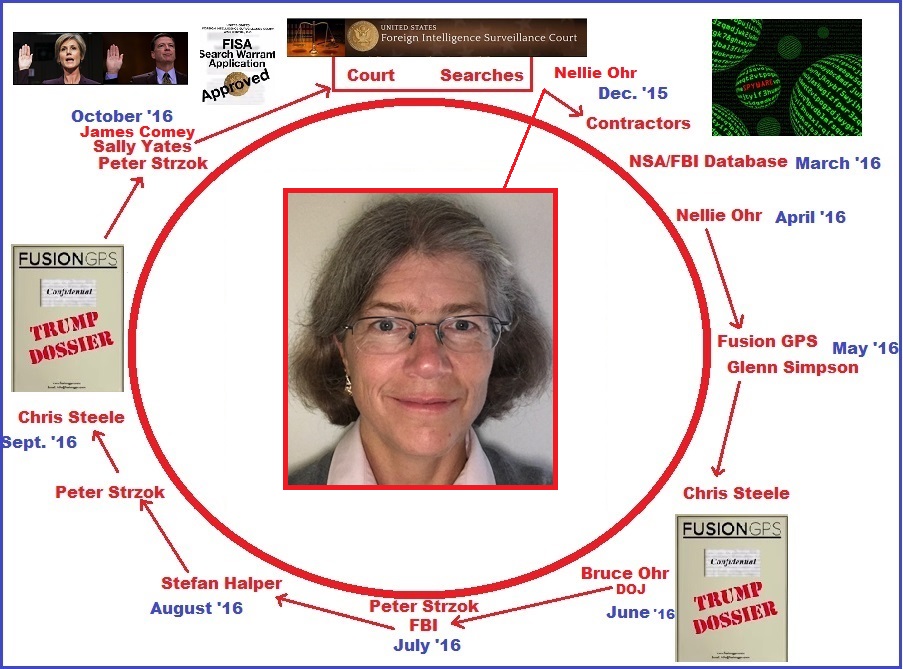 Nellie Ohr, the wife of former high-ranking Justice Department (DOJ) official Bruce Ohr—both of whom played pivotal roles in the FBI’s investigation into the Trump 2016 presidential campaign—worked for the CIA as an independent contractor for as long as six years.

Ohr was hired as a researcher by Fusion GPS—the company hired by the Clinton campaign and the Democratic National Committee to produce the now-infamous Steele dossier—in 2015.

She conducted open-source research into members of the Trump campaign for Fusion GPS—which describes itself as a commercial research and strategic intelligence firm—that may have been used in the Steele dossier. She also provided her husband with a USB stick containing all her research from her time at Fusion GPS to pass on to the FBI in late 2016 after she had officially left the firm.

Prior to her work for Fusion GPS, Ohr worked for an internal open-source division of the CIA named Open Source Works from 2008 to at least June 2010; it appears likely that she remained in that role until 2014.