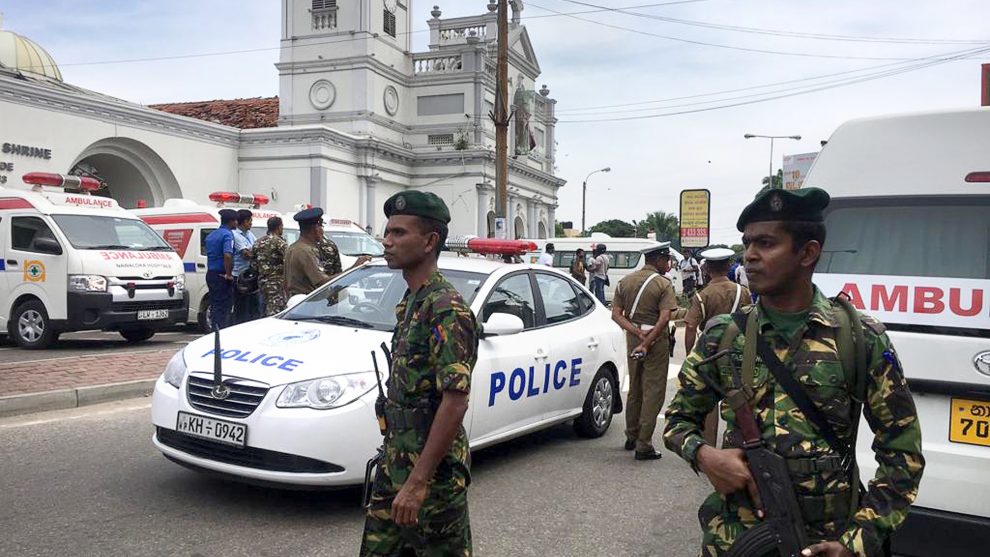 At least 190 people are dead and hundreds more injured in simultaneous attacks that appear to be coordinated at several high-end hotels and churches in Sri Lanka on Easter Sunday, according to multiple media reports.

At least six different explosions were reported to hit hotels and churches as worshippers gathered for Easter services in the cities of Colombo, Negombo and Batticaloa, according to the Associated Press. A seventh and eight blast occurred Sunday afternoon, AP reported.

Nearly 500 people have been hospitalized from injuries, according to the state-run Daily News.At least 20 foreigners are among the dead in Colombo, according to hospital Director General Anil Jasinghe.

Two of the blasts were suspected to have been carried out by suicide bombers, according to the unnamed official, but no one has claimed responsibility for the attacks early Sunday morning.

It’s the deadliest spout of violence in Sri Lanka since the South Asian country’s bloody civil war ended a decade ago.

The first blast rang through St. Anthony’s Shrine in Colombo.

Alex Agileson, who was in the vicinity, said buildings in the surrounding area shook with the blast, according to the AP.

He said a number of injured were carried in ambulances.

A second explosion was reported at St. Sebastian’s Church in Negombo, a Catholic majority town north of Colombo.

“I call upon all Sri Lankans during this tragic time to remain united and strong. Please avoid propagating unverified reports and speculation,” he said. “The government is taking immediate steps to contain this situation.”

I strongly condemn the cowardly attacks on our people today. I call upon all Sri Lankans during this tragic time to remain united and strong. Please avoid propagating unverified reports and speculation. The government is taking immediate steps to contain this situation.

President Donald Trump tweeted his condolences to the victims early Sunday morning, but incorrectly initially stated that the explosions killed “at least 138 million people” when multiple reports said hundreds had been killed. The inaccurate tweet stayed up for about 20 minutes before it was deleted and a new statement was issued with the same pledge to help, and the accurate number of casualties.

Heartfelt condolences from the people of the United States to the people of Sri Lanka on the horrible terrorist attacks on churches and hotels that have killed at least 138 million people and badly injured 600 more. We stand ready to help!

Cardinal Malcolm Ranjith, the Archbishop of Colombo, implored Sri Lanka’s government to start a “very impartial strong inquiry” and to punish those responsible “mercilessly because only animals can behave like that.”