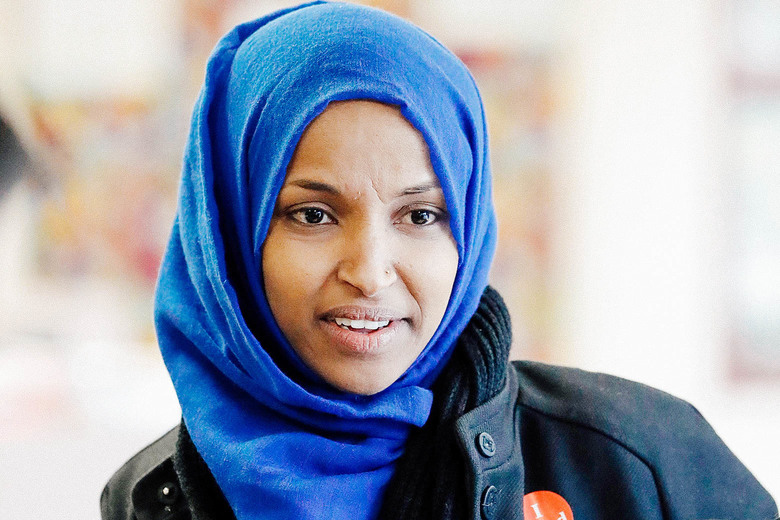 Far-left NBC News covered up its own findings about the effect Rep. Ilhan Omar’s (D-MN) antisemitic remarks are having in her own home district.

Desperate to craft a puff-piece to protect Omar and the Democrat Party, NBC published the following headline Sunday night: “Far from Washington, Rep. Omar’s constituents see the Israel controversy in a different light.”

The story opens with this Pablum: “Rep. Ilhan Omar’s comments about Israel have consumed Washington. But here in Minnesota’s diverse 5th Congressional District, a pillar of progressivism that handed Omar a decisive victory in November’s midterm elections, there has been far less outrage.”

And in the opening graphs, we are told Omar’s antisemitic conspiracy theories about American Jews and Israel, which are no different than the garbage spewed by the alt-right, which have earned Omar the admiration of David Duke, the former Grand Wizard of the KKK, are seen as no big deal back home:

In interviews here, including with residents who are Jewish and Muslim, few of Omar’s constituents voiced any anger at the lawmaker, even if they found the remarks troubling. One Jewish leader said she would be open to a good-faith foreign policy debate.

To the director of the Dar Al-Farooq Islamic Center, a large mosque 10 miles south of this city, the furor is overblown.
“Anti-Semitism is real in this country,” Mohamed Omar, who is not related to the freshman Democrat, said in an interview in a private study, as children nearby hurried to Friday afternoon prayers. But the controversy, he said, is a “distraction.”

But buried under six paragraphs, we finally learn that Omar’s rabid antisemitism is in fact causing stress and worry at home:

Rabbi Marcia Zimmerman of Temple Israel, a Reform Jewish congregation that is the oldest synagogue in this city, said many of members of her community have called her over the last month to say they were troubled by Omar’s comments.

“I don’t know the intention, but I know the impact. The words have been hurtful,” Zimmerman said in the tranquil lobby of the 141-year-old temple, surrounded by 12 floor-to-ceiling windows that symbolize the Torah’s 12 tribes of Israel. She added that the comments are especially problematic amid a recent spike in anti-Semitic incidents nationwide.