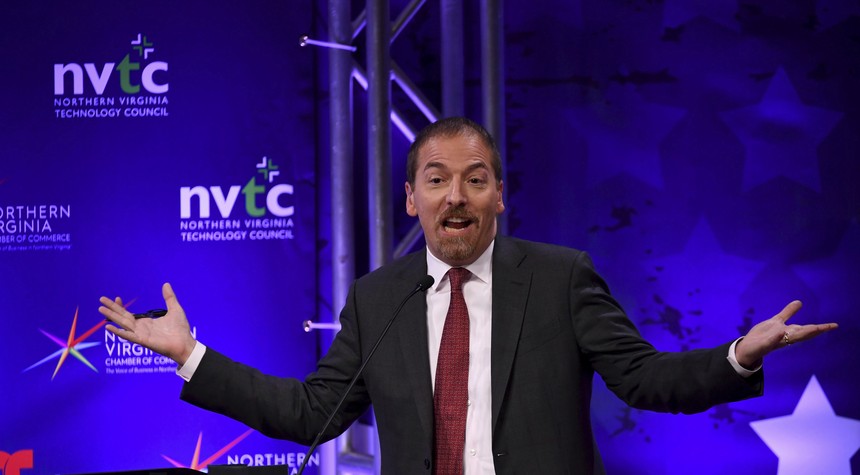 Is it possible for the polling to get worse for Joe Biden and the Democrats as we approach the midterms?

It’s been in the basement so long, it’s hard to believe it can get worse. But in the alleged words of Barack Obama, “Don’t underestimate Joe’s ability to f**k things up.” According to the latest Quinnipiac poll, he hit 33 percent approval–his lowest approval number so far. CNN’s Harry Enten noted that of four polls this past week, three of them were at their lowest numbers for Biden, and that the average of the polls was at 41 percent. That’s the worst number ever at this point in someone’s term in office.

But it gets worse, as Chuck Todd and his panel explained on Sunday on “Meet the Press.”

Todd was cognizant of this throughout the segment. “There’s one demographic group I want to single out, and it’s voters under 35,” Todd said, noting how they “have never experienced inflation in their lifetime.”

“Look at these numbers here,” Todd said despondently, before giving a rundown of the topline numbers: “Right now 82 percent of the public thinks the economy is only fair or poor. Adults under thirty five, it’s 87 percent.”

In trying to contextualize how these numbers have gotten this bad, Todd rightly noted that voters under 35 years old are “used to life when, oh, there is a new gadget out? Well, in six months it will be cheaper, not more expensive. This is a whole different world.”

I think that Todd may have it right, at least in part. Some of the Democrats seem to think that it’s messaging, or they’re not giving away enough free stuff. But young people are suffering from inflation, just like everyone else. They may have thought that Biden was going to offer something more, but he’s just made everything worse.

Add to that the Hispanic voters, as well as others. Todd points out the problem, through the lens of what’s happening in Nevada, “Hispanic voters starting to peel away a little bit, working class, non-college-educated whites. This is a problem and Nevada may be the most acute.”

Panelist and Washington Post deputy editorial page editor Ruth Marcus agreed and noted that the situation for the Democrats was “dire,” with “72 percent of Nevadans rat[ing] economic conditions fair or poor.” But even in what has been a very Democratic state, Biden’s approval rating went from “73 percent a year ago to 52 percent now” among Democrats, she noted. “You just read that if you’re a Democratic candidate or pollster, you read it and gulp,” Marcus said.

The numbers from the Quinnipiac poll tell the tale — with only 26 percent of Hispanic voters approving of Biden’s job performance and 54 percent disapproving. Those are numbers lining up for a massacre in November, since the Hispanic voters have been so critical to Democrats.

We can talk about the various voting groups but the bottom line is all people of all ages see the problems that Biden has brought us–and none of them are happy. Democrats, at this point, have to hope that some of those voters only sit home and don’t vote. Because if they come out for the Republicans, it’s going to be a real massacre for the Democrats.