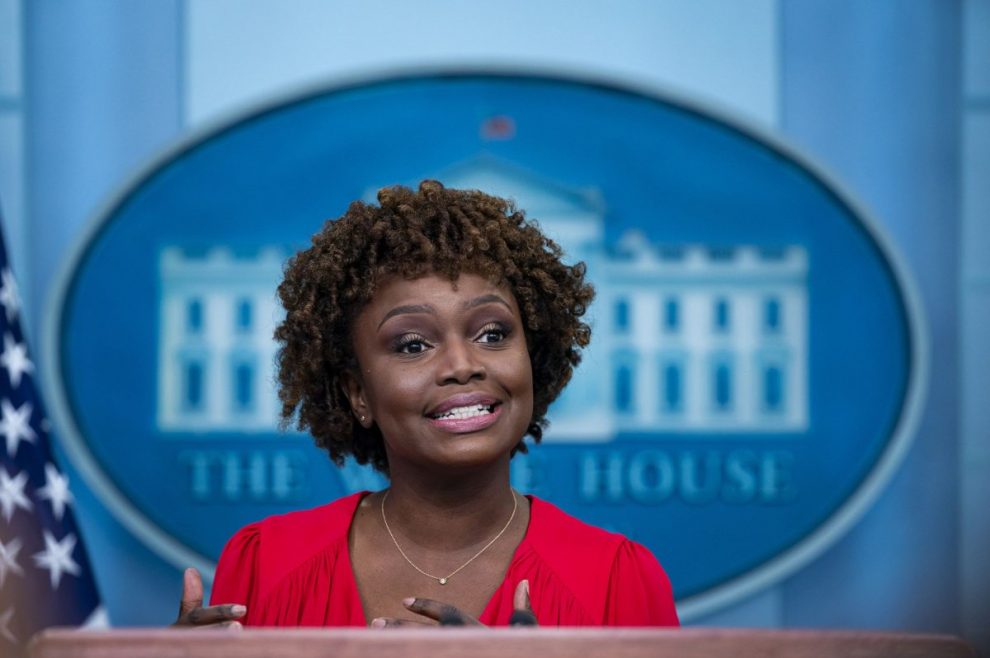 NBC published a bombshell story — alleging that Russian officials initially offered the Biden administration the choice between WNBA star Brittney Griner and Marine veteran Paul Whelan in Thursday’s prisoner swap — but then issued a correction after the White House told a different story.

Outkick’s David Hookstead shared screenshots of both the original story and the edited version, explaining, “NBC had a bombshell report that Russia offered America Brittney Griner OR Paul Whelan, citing a senior government official. It would be Biden’s choice which one to save. The report was later edited without explanation to mirror Biden’s explanation that only Griner was offered.”

NBC had a bombshell report that Russia offered America Brittney Griner OR Paul Whelan, citing a senior government official. It would be Biden's choice which one to save.

The report was later edited without explanation to mirror Biden's explanation that only Griner was offered. pic.twitter.com/5BvGeyP0RU

Both the original and the edited stories noted that Russia was willing to make a trade for convicted international arms dealer Viktor Bout, who has served 11 years of his 25-year sentence.

“But the official said Russia has treated Whelan differently because he is an accused spy, and that the Kremlin gave the White House the choice of either Griner or Whelan — or none,” the text of the original story read.

But the corrected copy offered a slight alteration, stating that Russian officials had only offered a deal for Griner, saying, “But the official said Russia has treated Whelan differently because he is accused of spying and that the Kremlin ultimately gave the White House the choice of Griner or no one after different options were proposed.”

The article included a correction, adding, “an earlier version of this article misstated the choice the Biden administration was given over hostages. It was to swap for Griner or no one, not a choice between Griner or Whelan.”

The revised copy mirrored the White House’s claims almost exactly. After Press Secretary Karine Jean-Pierre highlighted all the reasons it was great that Griner was coming home — namely that she was “more than an athlete, more than an Olympian, she is an important role model and inspiration to millions of Americans, particularly the LGBTQI+ Americans and women of color” — she told reporters, “unfortunately, the choice became to either bring Brittney home or no one.”

Karine Jean-Pierre on why the White House was able to bring WNBA player Brittney Griner home but not former U.S. Marine Paul Whelan:

“Unfortunately, the choice became to either bring Brittney home or no one.” pic.twitter.com/KTUcWCHfmZ

Former National Security Advisor John Bolton cast additional doubt on the Biden administration’s claim when he said that the Kremlin had previously offered Whelan as part of a one-for-one swap for Bout. He explained at the time that then-President Donald Trump had turned down the deal — and excoriated Biden for taking it.

“The possibility of a Bout-for-Whelan trade existed back then and it wasn’t made, for very good reasons having to deal with Viktor Bout,” Bolton said during a CBS interview, adding that he saw the final deal — Bout for Griner — as a “very bad mistake.”

“This is not a deal. This is not a swap. This is a surrender. And terrorists and rogue states all around the world will take note of this, and it endangers other Americans in the future who can be grabbed and used as bargaining chips by people who don’t have the same morals and scruples that we do,” Bolton said. “There are occasions when you swap spies. Obviously, there are legitimate exchanges of prisoners of war. But this doesn’t even approximate that. The idea that somehow what Brittney Griner did — very foolishly, in my estimate — but that whatever she did compares to Viktor Bout is something that shows just how desperate the administration was to make this deal. And I’m just very worried about the effect it has and the danger that it can put many other Americans in, all around the world.”