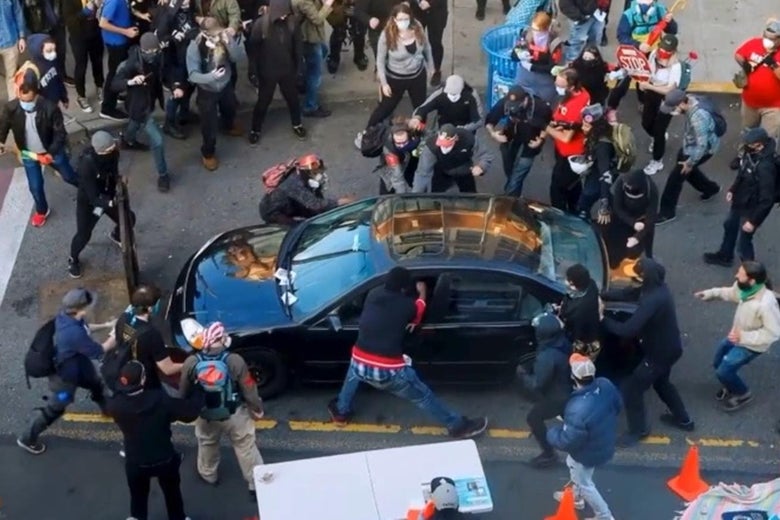 What should you do if you’re driving your car and you find yourself surrounded by an angry mob?

What’s the background?
Violent protests and unrest have been commonplace in major cities nationwide since the tragic killing of George Floyd. Though demonstrations have fizzled out in most cities, protests continue in cities like Portland, Seattle, and Chicago.

On Sunday, a shocking video went viral because it showed an angry mob in Portland force a white man out of his wrecked truck; that driver was then brutally assaulted. Fortunately, police have since arrested the suspect.

The situation has left many wondering: With protesters routinely blocking highways and harassing motorists, what exactly should one do if they find themselves in a similar situation?

Some of those basics are: Stay in the car, doors closed, locks, locked doors, windows up, and that only allows you some level of protection. It does give you a level of protection but it only goes so far, but the main thing is to avoid those right away.

So, situational awareness. Looking around, being aware that there are threats, picking your head up out of that phone and turning around. If you turn a corner and you see something that doesn’t look right — as an army special forces sniper from Vietnam told me years ago — he said, “if it doesn’t look right, it’s probably not.” So trust those instincts and pay attention to that sixth sense that has kept us alive as a species since we’ve been on this planet. If it doesn’t look right, turn around, reverse, get out of there.

But what if you find yourself surrounded by a “violent mob?” According to Carr, one should know how to use their tools of defense.

So remember, your vehicle is a weapon, but you don’t want to be in that position to begin with,” he said. “Now, if you do get to that phase where you have to fight, it’s good to be prepared and to know how to fight.”

And for those with firearms, Carr instructed people to “invest” in firearm training, so they know how to properly use it in a situation where they need to defend themselves or their family.

“Get that training,” Carr advised. “For those who are wrestling with the fact that they might have to defend themselves, I always think, ‘What if you just appeared here out of nowhere and all of a sudden you were violently attacked by a person or a group of people?’ You wouldn’t need a piece of paper that told you it was okay to defend this gift of human life. 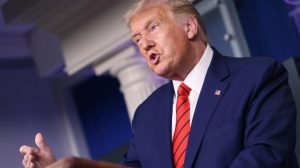 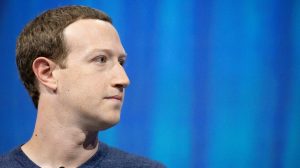