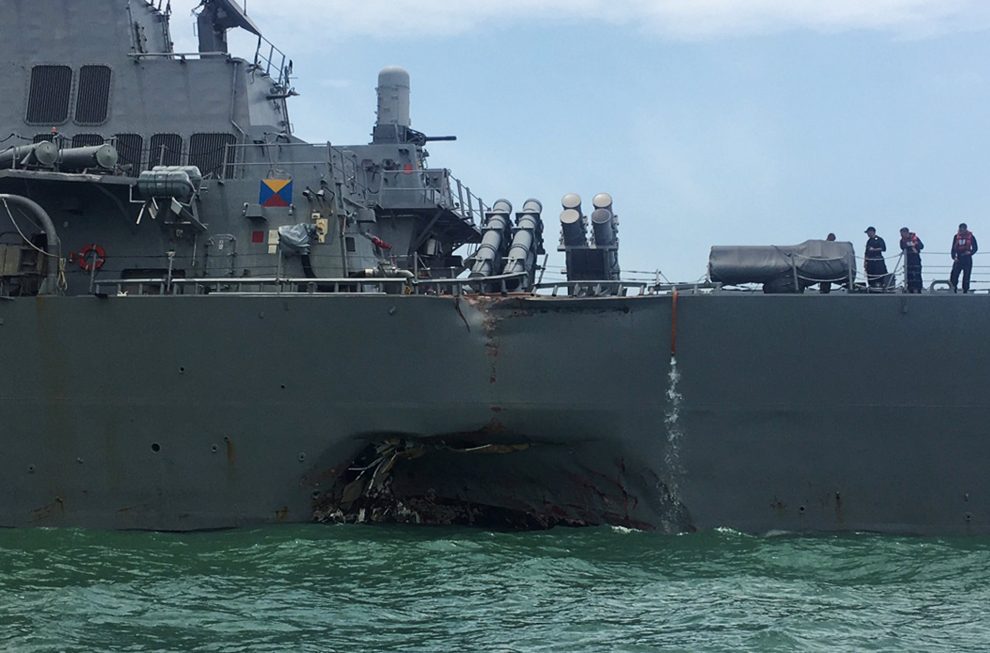 The Navy’s top brass is more focused on wokeness and diversity training than on winning wars — leaving sailors feeling unprepared to face a 21st century conflict with China, according to a damning report commissioned by Republican lawmakers.

The report, commissioned by Republicans on the Senate and House Armed Services Committees, showed that since the end of the Cold War, the Navy has been drifting more towards a culture of careerism, political correctness, and risk aversion than actually training its sailors on how to fight and win.

By weighing down sailors with non-combat related training and administrative burdens, both Congress and Navy leaders risk sending them into battle less prepared and less focused than their opponents.

One active duty lieutenant said in the report, “Sometimes I think we care more about whether we have enough diversity officers than if we’ll survive a fight with the Chinese navy.”

She added: “It’s criminal. They think my only value is as a black woman. But you cut our ship open with a missile and we’ll all bleed the same color.”

“I guarantee you every unit in the Navy is up to speed on their diversity training. I’m sorry that I can’t say the same of their ship handling training,” he said.

Others attested to a Navy more focused on compliance training than warfighting.

One career surface warfare officer said: “I’ve never heard anyone in any [congressional] testimony that I can think of that talks about actually winning. And so that’s not to absolve the Navy of its responsibility, but it’s just stunning to me.”

They commissioned the report after a series of major naval accidents, to include the deadly collision of two destroyers at sea, the surrender of a small craft to the Islamic Revolutionary Guard Corps in the Arabian Gulf, and a fire on the USS Bonhomme Richard in San Diego.

Both Cotton and Banks have grilled Navy leadership on diversity training in recent weeks. At one hearing, Cotton questioned why the Navy’s top officer put Ibram X. Kendi’s book How to Be an Antiracist on his recommended reading list for every sailor instead of a book on seafaring, given sailors’ limited time.

Chief of Naval Operations Adm. Mike Gilday defended his decision at the time, saying racism “is still a painful part of our culture.” He said:

In talking to sailors over the past year, it’s clearly obvious to me and others that the murder of George Floyd and the events surrounding that and the discussions in this country about racism which go back for years and years and years are still a painful part of our culture and that talking about them, understanding them is the best approach.

Banks said Tuesday in a statement to Breitbart News about the report:

This report doesn’t mince words. At a time when the Navy’s readiness is more critical than ever before, this report depicts a Navy leadership that’s distracted from the number one threat to American national security: The Chinese Communist Party. As China’s Navy exceeds ours in size, the U.S. Navy must be ready to face any threat. I look forward to implementing the recommendations of the report and refocusing our Navy on threats from China.

The report also criticized the Navy for overreacting to the news media.

It mentioned a specific incident where a master chief was disciplined after telling sailors to “clap like you’re at a strip club” during a visit to their ship by former Vice President Mike Pence. A reporter had overheard the remarks, prompting the master chief’s resignation after 30 years of service. The GOP report said:

The inability of senior Navy leaders to recognize that such a story was fleeting and trivial reinforced the perception that the Navy will not stand behind their own sailors when unfair or unfounded or, in this case, farcical stories make it to print. The trend has not gone unnoticed. It creates the impression in the lower ranks that Navy leaders are easily cowed by the press and will throw sailors to the wolves should their name appear in print. It further suggests a profound weakness in the senior rungs of the chain of command, advertising a critical vulnerability to sophisticated information operations conducted by foreign actors and all but inviting sailors with personal vendettas to leak damaging information.

The report also found a lack of resources and consistency in surface warfare training programs and a lack of commitment to surface ship maintenance. Before 2003, surface warfare officers attended weeks of hands-on and simulated training in a classroom, but after 2003, they were given 23 CDs. In addition, steaming days were dramatically reduced.

The report made several major recommendations. In addition to prioritizing warfighting, it recommended getting “politics and media out of the wardroom.”

“Renew the Navy’s noble tradition of remaining out of politics. Limit social media accounts and activities by Navy officials, discourage use of toxic platforms by sailors, remove all political and sociological topics from Professional Military Education and replace them with essential warfighting courseware. Modernize public affairs training,” it said.

Another recommendation was to:

Eliminate distractions. Institute a review to identify and reduce bureaucratic excess, nonessential communications, and unnecessary administrative burdens. Aim to create white space on calendars that can instead be used for training, doctrine, and warfighting fundamentals.

The report concluded with a warning — that a “major peer-level conflict” in the 21st Century will likely play out largely in the naval theaters of operations.

“Such a conflict will likely proceed swiftly and not permit significant time for organizational learning once it is underway. U.S. national security depends upon the surface Navy being an effective team. The most important step Navy leaders can take is to prioritize, above all else, warfighting and lethality,” it said.