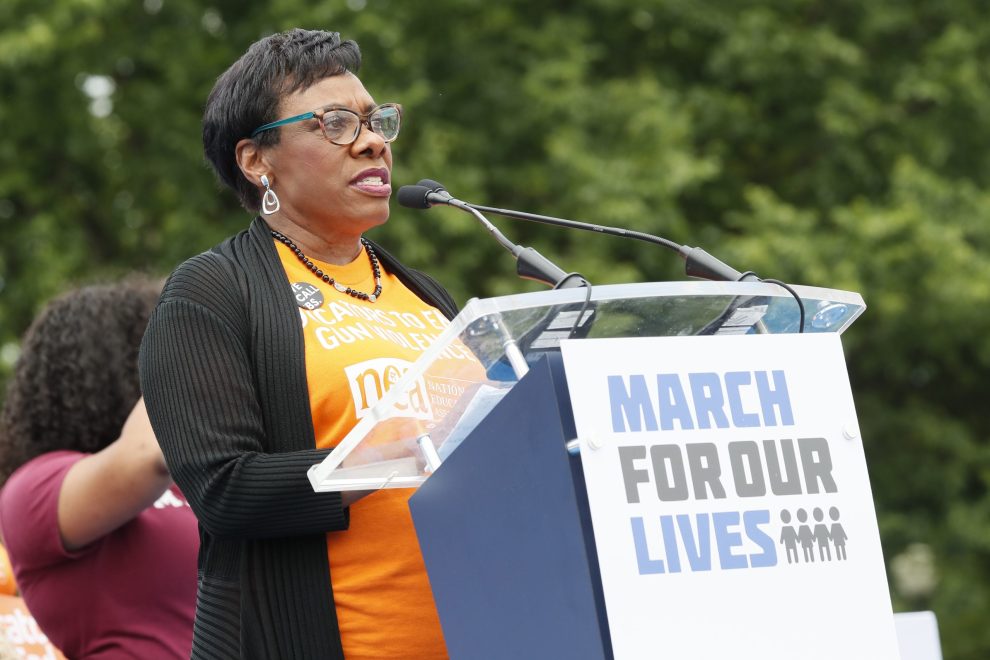 The National Education Association proposed a resolution that would change the word “mother” in contracts to “birthing parent” for the purpose of being inclusive to the LGBTQIA+ community.

NEA’s resolutions, called new business items (NBI) represent the teachers’ union’s opinions and beliefs. Many resolutions were voted on Wednesday by the Representative Assembly (RA), comprised of 6,000 educators, in Chicago as well as virtually. The resolution on the language change – NBI 63 – was ultimately not brought to a vote.

“Using this contract language, members need not worry about how a Board of Education/solicitor defines ‘maternity leave,’ ‘mother,’ and/or ‘father’; the language is an inclusive reflection of how LGBTQIA+ members build families,” the proposed resolution said.

Fox News Digital reached out to the NEA but did not immediately receive a response.

NBI’s are proposed by the union’s delegates. It takes 50 delegate sponsors to bring the NBI to the RA floor for debate and then to a vote, according to Education Week.

Tiffany Justice of Moms for Liberty told Fox News Digital that she is now calling the NEA the “K-12 Cartel” because they are holding parents and children hostage to a radical agenda.

“We believe in American teachers, and we don’t believe that the lack of focus that the union has on children is represented,” she said.

“Normal people don’t use the term chestfeeding or birthing person or any of this stuff,” Nicole Neily of Parents Defending Education said. “I think it just further underscores how completely out of touch the teachers’ unions… are from the concerns of normal parents.”

Elana Fishbein from No Left Turn in Education said the proposed resolution represents how the left wants to destroy the family.

“They are arrogant. They are dismissive of the family, the parents. It’s beyond Orwellian. Even in science fiction, I don’t know if you can have such a script of complete destruction of human society,” she said.

NEA delegates struck down a proposed resolution that would support a “national policy of mandatory masking and COVID vaccines in schools.” A similar NEA resolution was proposed last year and was also scrapped by delegate voters.

“The Association acknowledges that both historical and current practices have systematically advantaged and privileged people of White European ancestry while disadvantaging and denying rights, opportunities, and equality for people of color,” a resolution on racial justice said.

Another resolution called for educators to fight back against “institutionally racist systems.”

“The National Education Association believes that, in order to achieve racial and social justice, educators must acknowledge the existence of white supremacy culture as a primary root cause of institutional racism, structural racism, and white privilege,” the resolution said.

“The Association believes that school districts must provide training in cultural competence, implicit bias, restorative practices and techniques, and racial justice,” it continued.

One resolution called for the protection of the rights of the accused in child abuse cases. “Any such allegation should be investigated and resolved immediately without name disclosure,” the resolution on allegations against employees said. “The National Education Association believes education employees should be protected from allegations of child abuse made in bad faith.”