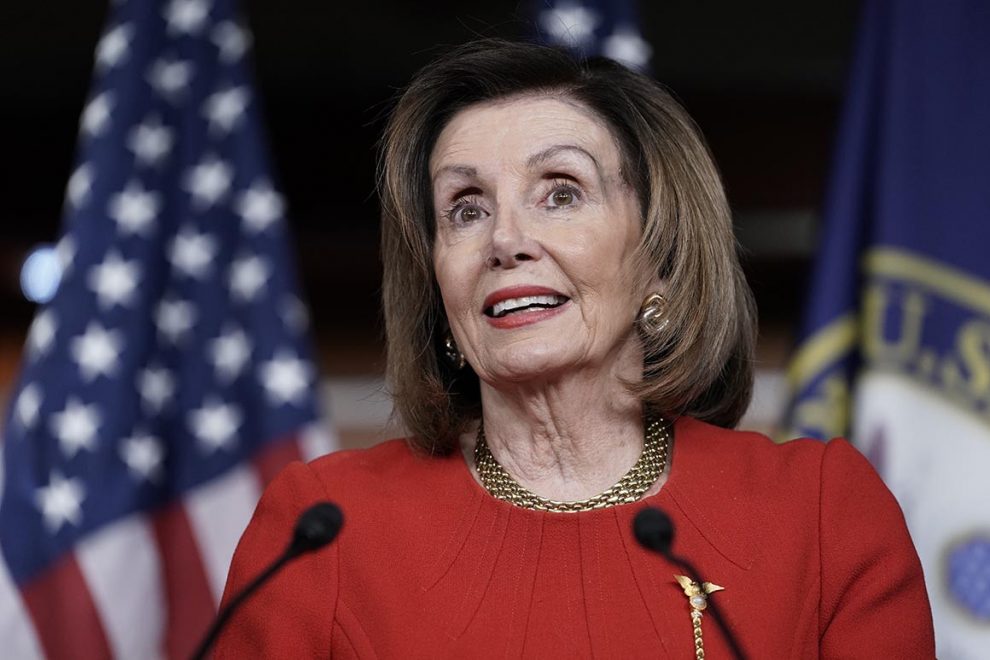 Speaker of the House Nancy Pelosi (D-CA) wrote a letter to her Democrat colleagues in the House on Sunday to reveal a new “War Powers Resolution” that amounts to a pre-emptive surrender to Iran in ongoing hostilities.

Pelosi’s letter begins with the declaration that President Donald Trump’s airstrike last week targeting Iranian General Qasem Suleimani, leader of the terrorist Iranian Revolutionary Guard Corps (IGRC) Quds Force, responsible for the murders of hundreds of Americans and for recent attacks on the U.S. embassy in Baghdad, was “provocative and disproportionate,” terms suggesting the attack was illegal under international law and could constitute a war crime.

Harvard Law School professor emeritus (and Democrat) Alan Dershowitz argued in Monday’s Wall Street Journal that the strike was not only lawful, but an “easy call”: “The president has the constitutional authority to take military actions, short of declaring war, that he and his advisers deem necessary to protect American citizens. This authority is extremely broad, especially when the actions must, by their nature, be kept secret from the intended target.”

Cases of Bottled Water Found Inside Another Vacant Building in Flint Mich Matt Schlapp on 2020 CPAC Record Intensity: ‘We’ve Never Seen Anything like This’ Bloomberg/Clinton Ticket Means California-Style Gun Control for Everyone

Nonetheless, Pelosi’s letter indicates that the House will declare the president’s action illegal under international law.

The letter further claims that Trump’s action “endangered our servicemembers, diplomats and others by risking a serious escalation of tensions with Iran” — placing the responsibility for violence not on Iran, which recently attacked a U.S. Navy drone; a Saudi oil field; and, via proxies, Americans soldiers and civilians in Iraq; but on the United States, which had restrained itself until the recent assault by an Iranian-backed militia on the embassy.

The letter goes on to describe a new resolution that would “limit the President’s military actions regarding Iran,” essentially signaling a surrender in the potential conflict before the Iranian regime itself had managed to respond.

Pelosi adds that the resolution “reasserts Congress’s long-established oversight responsibilities by mandating that if no further Congressional action is taken, the Administration’s military hostilities with regard to Iran cease within 30 days.” Under current law, the War Powers Act of 1973 limits the time that a president can lead a military effort, without formal authorization, to 60 days following a required presidential report to Congress when hostilities begin.

The new resolution, which Pelosi says mirrors a similar Senate bill by Sen. Tim Kaine (D-VA), would amount to an effective surrender by signaling that the president had no congressional support for striking back against Iran, and imposing a new deadline for any military action that would give Iran greater freedom of action. Paradoxically, the resolution could force the president to choose more drastic measures of conducting a war effort before the deadline.

By declaring the attack “provocative and disproportionate,” the resolution also invites international prosecution of the president, as well as members of the administration and the military itself, who carry out his orders. The U.S. does not recognize the authority of the International Criminal Court (ICC) to prosecute Americans for war crimes, but the ICC takes a different view, and a future Democratic administration might well side with the ICC instead.

Pelosi’s letter indicates that the new “War Powers Resolution” will be introduced and voted on this week. She has not yet indicated when she will transfer the articles of impeachment passed by the House on Dec. 18 to the Senate, which she claims is a necessary prerequisite to the Senate holding a trial on the president’s removal from office. 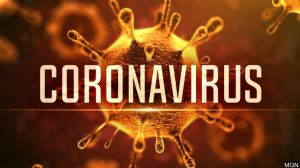 Breaking: US to deny entry to non-citizens who have been in China in last 14 days. 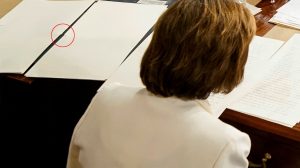 Mike Bloomberg: Employers Should Hire ‘the Best’ Foreigners Instead of Americans
Donald Trump Reacts to Iran Missile Strikes: ‘All Is Well’