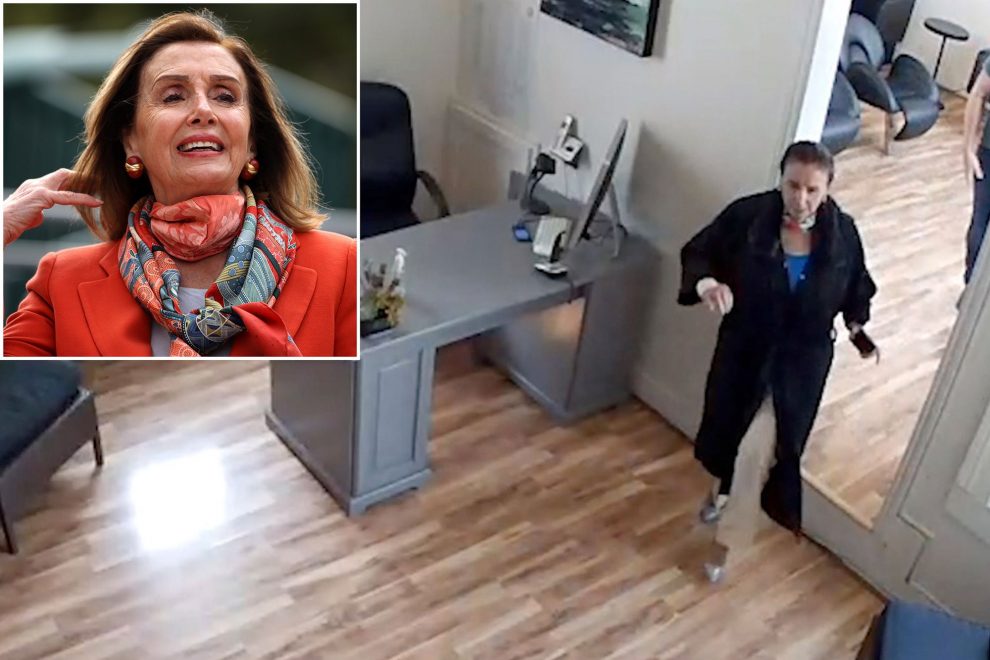 House Speaker Nancy Pelosi (D-CA) accused a San Francisco hair salon of setting her up just two days after she got a wash and blow-out — without a mask.

Pelosi added that the business, which has been shuttered for months due to local coronavirus restrictions, owes her an apology. Her explanation had some saying she pulled a “Marion Barry” — a reference to the former D.C. mayor who famously said, “Bitch set me up” following a drug bust.

On Wednesday, Pelosi addressed the controversy over her Monday salon appointment and accused the salon of setting her up.

“I take responsibility for trusting the word of the neighborhood salon that I’ve been to over the years many times and that when they said, what, we’re able to accommodate people one person at a time, and that we can set up that time, I trusted that,” she said.

“As it turns out, it was a setup,” she concluded. So I take responsibility for falling for a setup.”

The Speaker also said the salon owes her an apology for “setting [me] up”:

“It was a setup” pic.twitter.com/cOlsmdq2pk

.@SpeakerPelosi blames a small business owner for her using their salon despite a San Fran ban: “It was clearly a setup … they owe me an apology” pic.twitter.com/dYgJ91Kqkw

So @SpeakerPelosi is going with the Marion Barry defense.https://t.co/KsOLHMKjjn https://t.co/V1soJPtShk

“Bitch set me up”

Pelosi came under fire after a San Francisco salon owner, who rents out chairs to independent stylists, revealed to Fox News that the Speaker obtained salon services this week, despite local coronavirus restrictions locking down salons.

“I was like, are you kidding me right now? Do I let this happen? What do I do?” salon owner Erica Kious told Fox News upon learning of Pelosi’s request for an appointment.

“It was a slap in the face that she went in, you know, that she feels that she can just go and get her stuff done while no one else can go in, and I can’t work,” the single mom added.

Pelosi reportedly got a wash and blowout, the latter of which Kious noted is a no-go, according to coronavirus safety guidelines for hair salons. A directive from the city’s department of health states that salons and barbershops should “consider temporarily eliminating services that require lengthy blow-drying” — one of the primary services Pelosi reportedly enjoyed.

Kious, a single mom, stated that she has been “fighting for six months for a business that took me 12 years to build to reopen.” She originally planned to reopen the salon in July, taking the necessary safety precautions to adhere to local and statewide restrictions. However, she said, “they never let us open.”

“The fact that they did this, and she came in, it’s like a slap in the face,” she said of Pelosi’s self-care escapade.

Pelosi’s deputy chief of staff, Drew Hammill, did not deny Pelosi’s visit to the salon but pleaded ignorance, stating that the Speaker “always wears a mask and complies with local COVID requirements.”

Surveillance footage from Pelosi’s visit shows the Speaker without a proper face covering:

Democrats don't think Americans are capable of making their own decisions.

They want to make our choices for us…but then they don't want to live by those choices themselves.

“This business offered for the Speaker to come in on Monday and told her they were allowed by the city to have one customer at a time in the business,” Hammill added, maintaining that Pelosi “complied with the rules as presented to her by this establishment.”